A photo shared by a teacher who wants to remain anonymous shows students working with no electricity and in high temps. 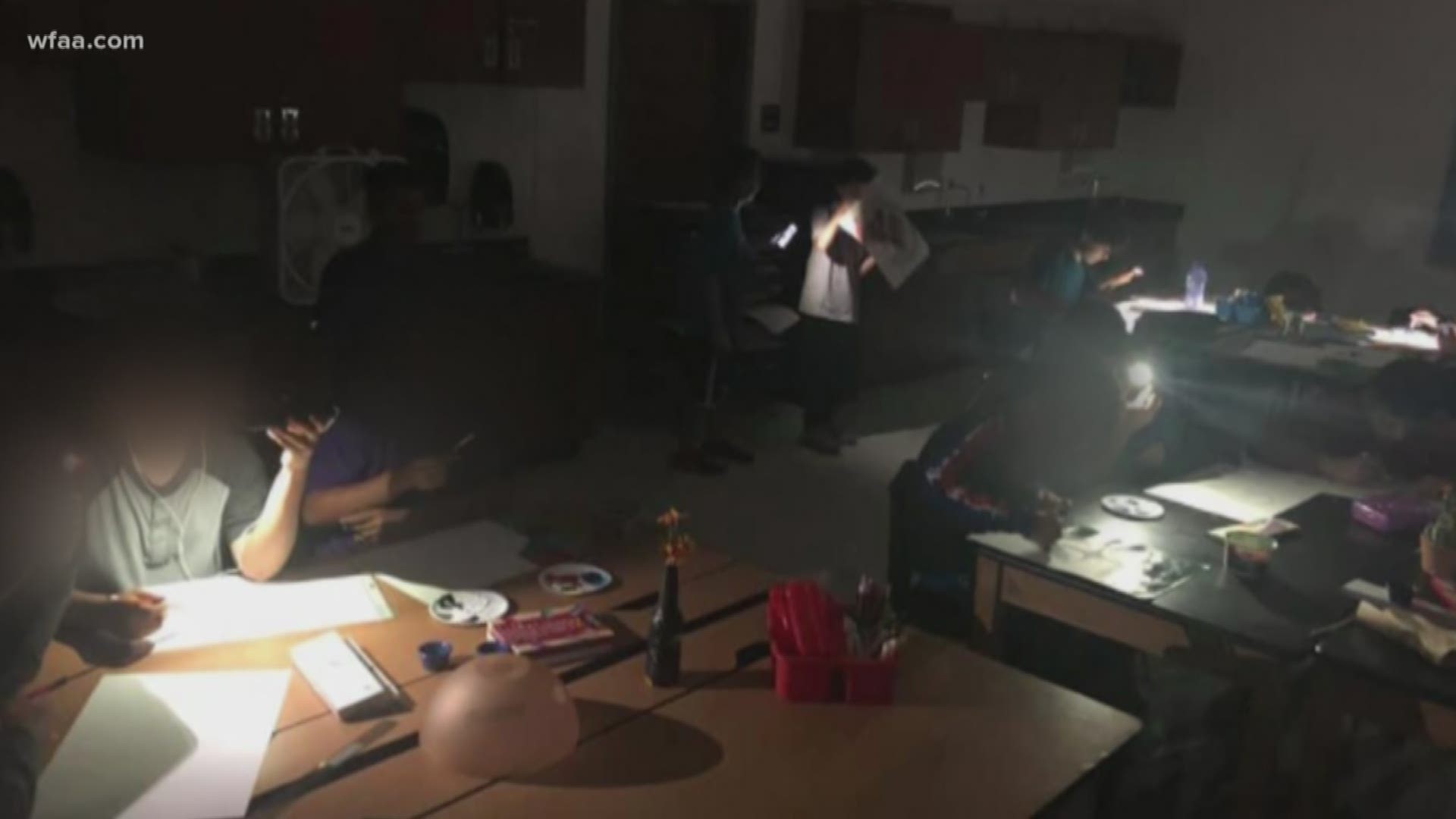 DALLAS — Students at Francisco “Pancho” Medrano Middle School started the school year with no air conditioning inside the building.

The Dallas Independent School District acknowledged that they have “experienced a challenge with the cooling system” at the middle school in northwest Dallas. They say they've been working since summer to get it fixed.

“Unfortunately, because of the complexity of what this issue turned out to be, it was a domino effect of sorts," said Robyn Harris, a spokeswoman with the district. "And we were not able to complete it within the timeline that we expected."

Some teachers at the middle school posted on Facebook, writing that temperatures inside their classrooms reached about 90 degrees.

In addition to the air conditioning problem, there were two power outages Friday, teachers say.

Other educators posted pictures on social media showing their students sitting in the dark and using their cellphones as flashlights to get their work done.

“This is truly not an ideal circumstance," Harris said. "But we do apologize that we were not as quick in sharing out information with our community members."

DISD set up spot coolers and box fans inside the middle school. They also handed out cold water and ice cream to students and staff Friday.

Harris said they hope to have the air conditioning fixed by Monday.