Dr. Rose H Wilder Elementary School used to be named St. Paul Elementary and some in the community feel the name change doesn't have the same historic value. 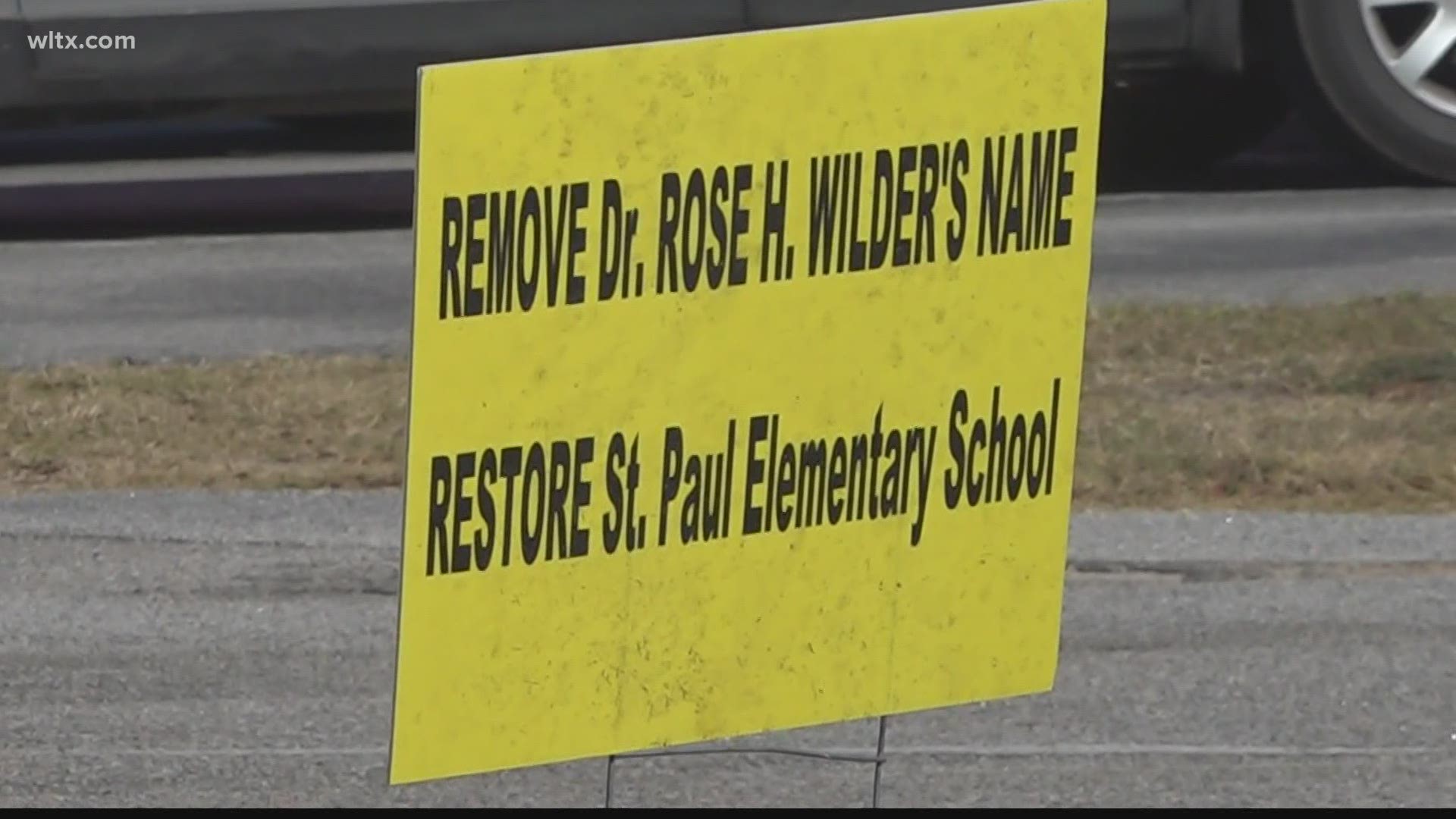 SUMMERTON, S.C. — Some community members in Summerton are calling for an elementary school to return to it's original name after it was changed.

Summerton, South Carolina has a rich civil rights history that means everything to its community members.

In 1947 a Summerton resident, along with others in the community, sued Clarendon County Schools for the right for black children to use the same bus system as the white children. This was Briggs vs Elliot.

This lawsuit eventually became the first direct challenge on school segregation in the south, and was later looped in with others like Brown vs. Board of Education. Cases like these eventually led the US Supreme Court to rule unanimously that the segregation of races was unconstitutional.

A historic elementary school where some of this history took place had it's name changed last year. This was a decision that many community members did not agree with given the historic nature of the previous name, St. Paul Elementary School.

“There is no path to anybody’s future without knowing their history," Pastor David Lawson said.

St. Paul Elementary played a role in the historic Briggs v Elliott case in the 1950s that eventually led to racial segregation in schools to be unconstitutional. That’s why many were upset to find that the school's name had been changed.

Gregory Bradley is a former student of St. Paul and has a student enrolled at the school. He was one of a crowd of people who gathered at the school district office on Saturday.

“This name change rakes under the rug scars that I see in my mother’s eyes every time I dare to look in them," Bradley said, "Scars that she will take to her grave. I ask once again how you feel comfortable tampering with that type of legacy.”

According to the Clarendon One school board minutes from February, a community survey was given to over 1,000 community members most of which voted to rename the school. Many of those opposed to the name change say they never received any kind of survey.

RELATED: Touring the oldest, newest schools in the Midlands

Rev. Dr. Michael Pearson is a descendent of the family who sued in 1947.

"Today I call back to the Clarendon School board- where [are] your morals?” Pearson asked.

We have reached out to the Clarendon School District about the name change and those against it and have not yet heard back.