Developers plan to bring modern flair to the Stockyards, but promise it will be western flair that preserves the history behind the iconic space. 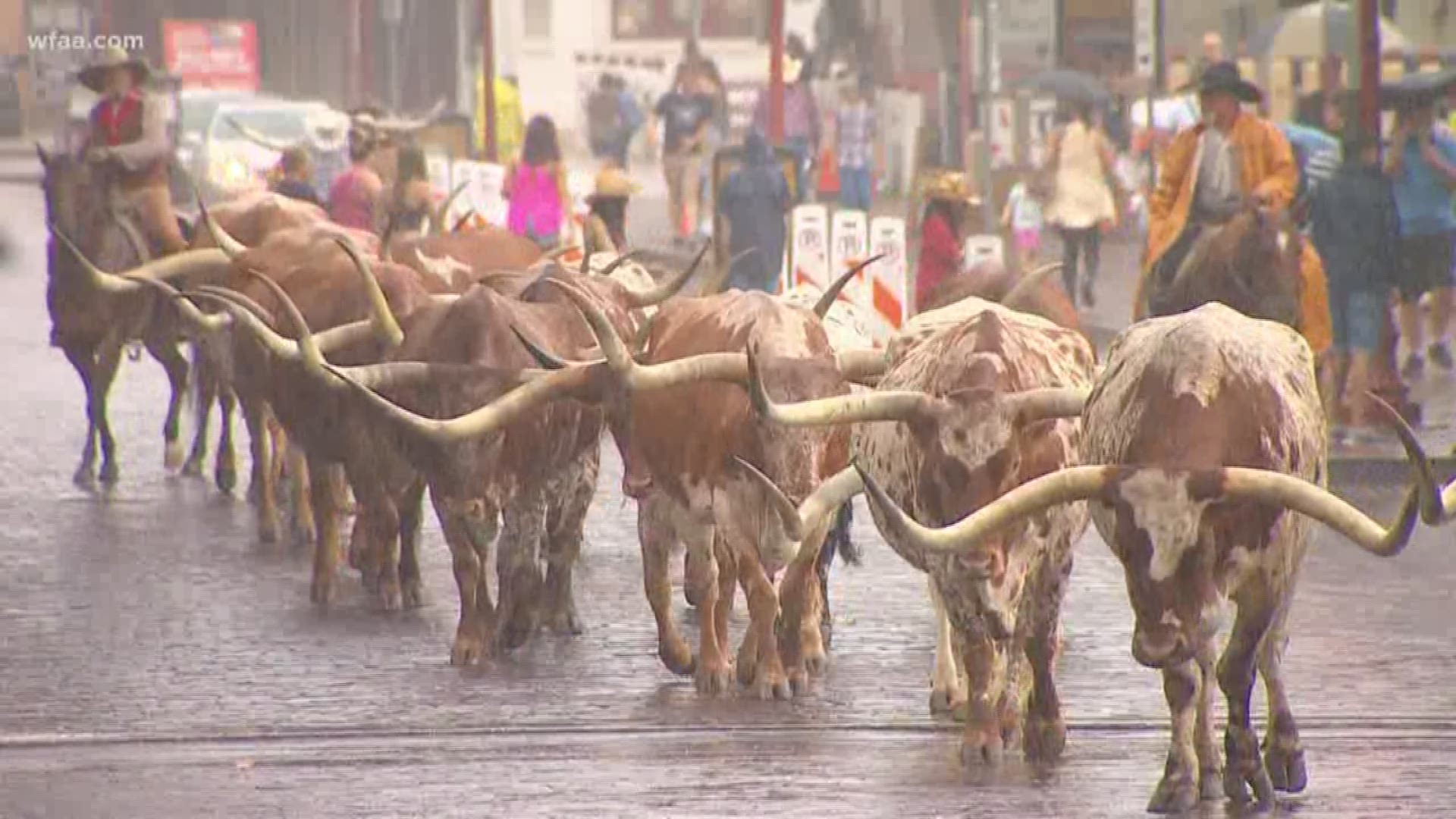 FORT WORTH – Few things can take you back in Texas history the way the Fort Worth Stockyards can.

Even in a downpour on Friday, there were visitors from Illinois, Kansas, Australia and Africa.

“From Rwanda,” Justin Zntundabagenzi said in a thick African accent. It was his first trip to the United States, and he wanted to see Texas.

“I’m so excited to see this show about cowboys,” he said of The Legends of Texas, the reenactment of a western shootout that took place after the cattle drive. “Most of the time, we saw this in the movies.”

“So, I used to watch a lot of westerns and this feels very authentic,” he said.

But, Texas history is about to share the stage at the stockyards.

A boutique hotel and a village of shops, office spaces and restaurants – including a brewery and a trendy Shake Shack – were unveiled by developers this week and expected to be completed by the fall of 2019.

Craig Cavileer, executive vice president of Majestic Realty Co./Stockyards Heritage Development Company, which is leading the development, said in a news release that the stockyards are a rare gem.

“Not just the animals and the buildings, although they’re a huge part of it, but the freedom, spirit, and character of the cowboys, cowgirls and cattle culture that shaped Texas into what it is today,” he said. “That’s a tall order as a developer, but also an inspirational one.”

The developers said, while they are bringing modern flair to the iconic space, it will be western flair, with carefully chosen tenants and design that will, according to the release, “ultimately reflect some of the best restaurateurs, merchants, artisans and entrepreneurs found in Texas.”

“We’re not looking to overly commercialize the Stockyards, we’re looking to make it even more exciting and broaden its appeal for locals as well as guests from Texas, the U.S. and around the world,” Cavileer said.

Roy Dotson owns the Stockyards Stables, where he offers a petting zoo, horse rides, and a horse drawn carriage.

“They come here for this cowboy hat, those horses and those cattle that go down the street,” he said of the tourists he sees daily.

He is on board with the development because it is in line with what he believes is the spirit of the stockyards.

“It’s going to be great for our great little city,” he said. “We’ve got to keep the living history of Fort Worth in the stockyards.”