Texas State Parks says its seen almost double the amount of calls to its phone lines this summer compared to last year. 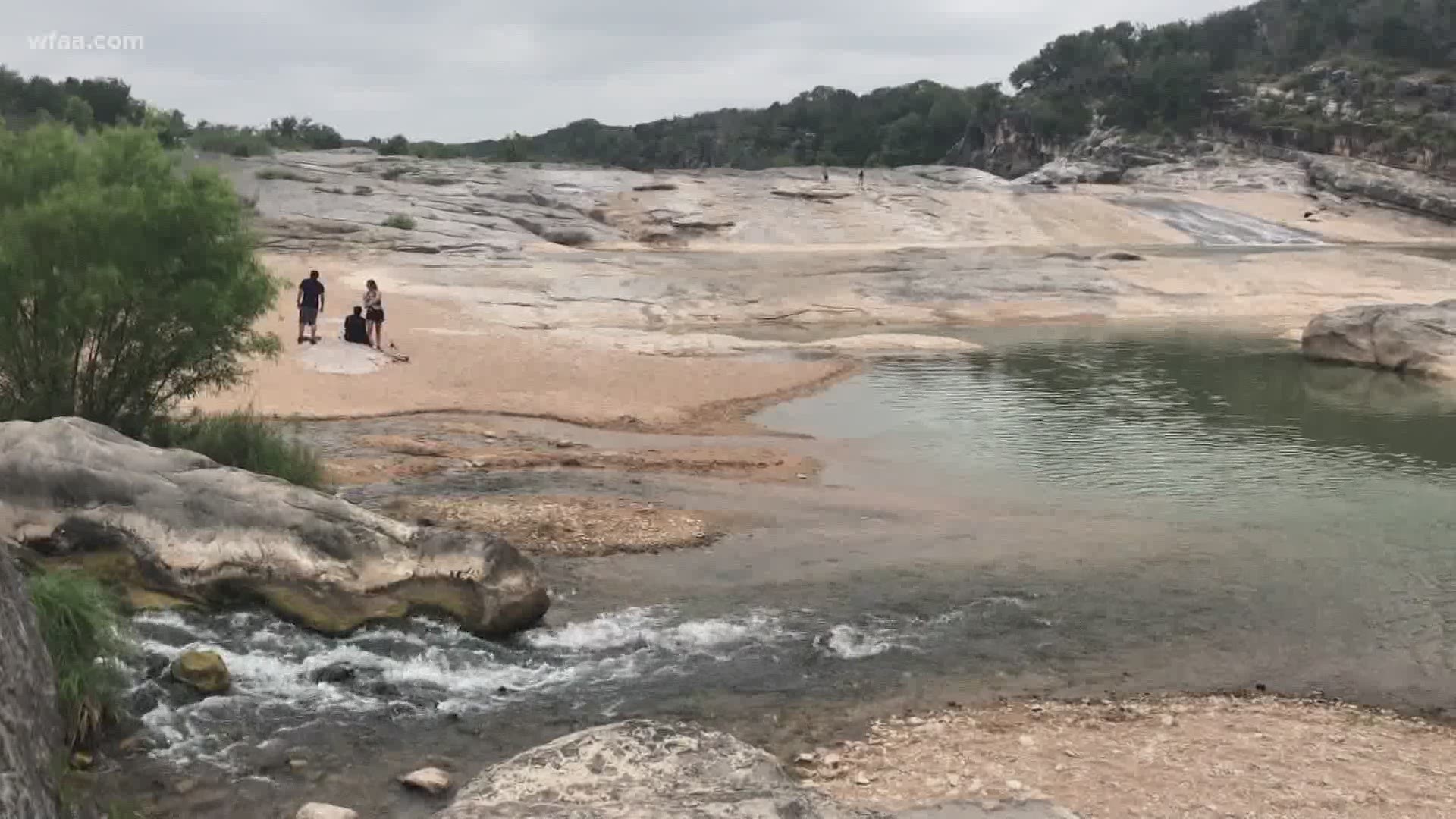 DALLAS — Steven Thompson just wanted to get out of the house. Can you relate?

The Cedar Hill resident didn't have to go far to find a place where he could relax and his kids could burn off their energy on their paddleboards. They made it an afternoon at Cedar Hill State Park.

"[They can] paddle around, get tired...a little different view for them," said Thompson.

In the park, the Thompsons could stretch their legs with plenty of distance without traveling far, and that’s the selling point for every state park in Texas.

"We’re seeing a lot of interest, a lot of first-time park users that are just calling in asking questions," said Justin Rhodes, the deputy director of Texas State Parks.

He says his phone lines for calls for information or park entry were at one point double compared to this time last year.

Texas' state parks are always popular in summer, but with air travel off the table for many families, driving to an outdoor oasis feels like a safe vacation option. That means plenty of other people have the same idea. Reservations for day passes or camping are required, and if you look now, several dates are sold out, on both weekdays and weekends.

"Our visitation rates are similar to what they were last year at this time," said Rhodes.

Part of that is purposeful. They’re letting fewer people in.

"Most of our parks are operating at a capacity that’s anywhere between 50 to 75 percent right now," Rhodes said.

Coming to Cedar Hill on a Monday was part of the Thompsons' strategy. Fewer crowds mean a safer visit.

"You can go to almost any park and pick your times and your place to be safe," Thompson said.

Then the odds are good you’ll find a little slice of sanity, too.