'The expectations are high': Bands in State Fair Classic are already preparing for 2021

It’s a battle for bragging rights that won't see a winner until February 2021. 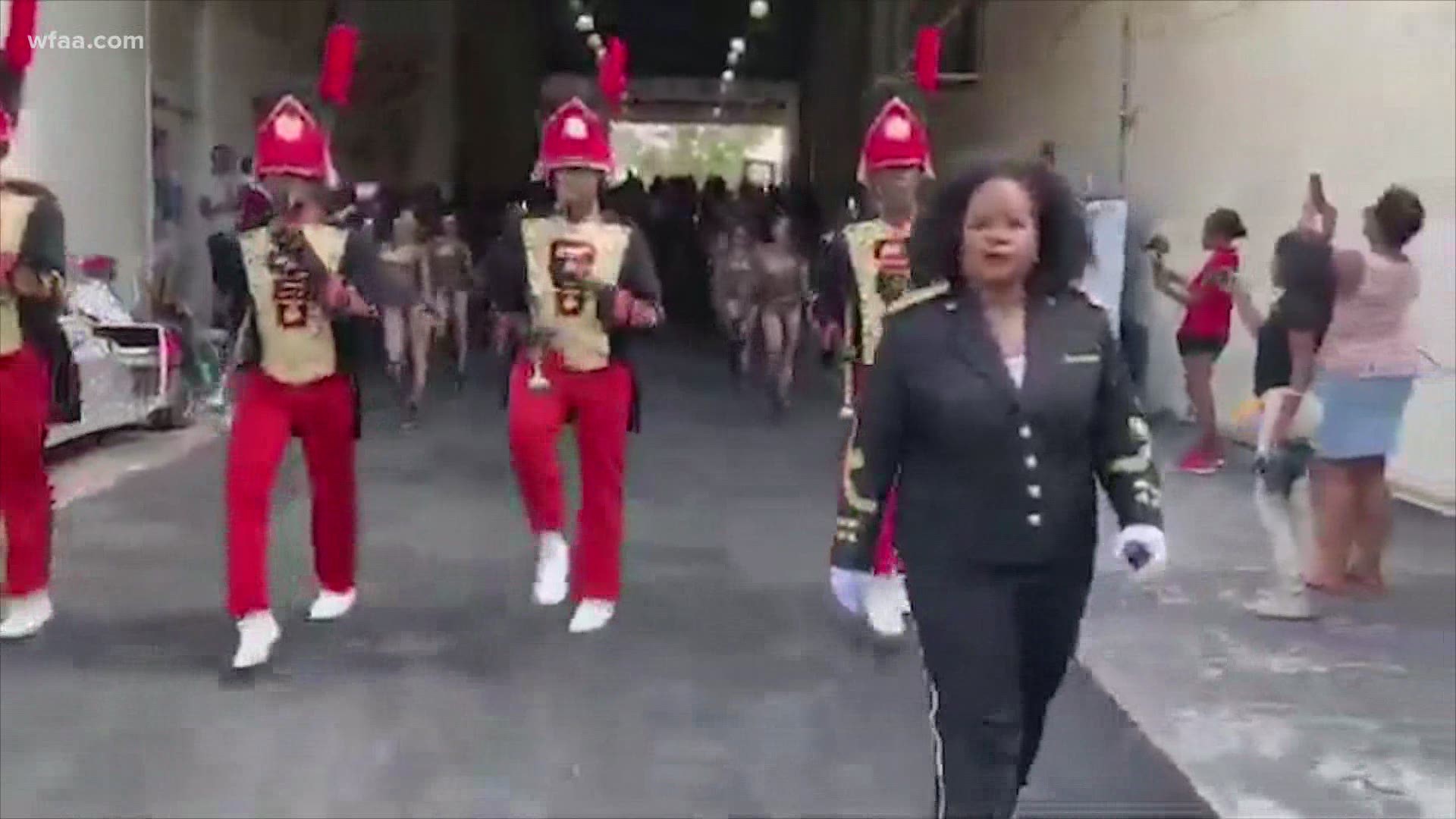 It's a battle for bragging rights that won't see a winner until February 2021, but the Prairie View A&M and Grambling State University bands are still preparing for next year.

If you attend Prairie View A&M University or Grambling, you no doubt want your football team to win, but you also hope your marching band comes home with their own winnings too.

"To walk into the State Fair Classic, especially last year, leading the band coming through the tunnel, it's a feeling like none other," said Nikole Roebuck, Director of Bands at Grambling State University.

If you've never watched the halftime show at the State Fair Classic, the performances by both schools usually draw huge crowds every year.

It's a more than three-decade-old State Fair tradition interrupted this year, like many events due to the ongoing pandemic.

"It's a lot of preparation that goes into the seven and a half to the eight-minute halftime show," Roebuck added.

It's a performance both university bands look forward to every year at Cotton Bowl Stadium.

"When we got the news that the season was canceled, we had already had plans for this semester," Zachery said.

Those plans, like many things during the pandemic revised after the State Fair Classic football game was postponed, but Zachery says preparations for next year haven't stopped.

"We're rehearsing in the COVID manner," Zachery said. "We have a quarter of the band once a week on different days of the week."

The same is true for Dr. Roebuck.

"We had our first virtual being camp, so we've broken the band down into smaller sections and we've been meeting with them via Microsoft Teams as well as small groups on the outside," Roebuck said.

Although there's no trophy involved for which band puts on the best halftime performance, the friendly competition between the two universities has both band directors looking forward to what's next.

"We're supposed to come in there and be as ruckus and as hype about our team, and winning as we can possibly be and supportive," Zachery said. "At the same time trying to get that shine over the other band to make sure that when you leave you know who the best band in the land that day was."

Tickets are on sale now on Ticketmaster for next year's game scheduled to take place on Feb. 27, 2021.