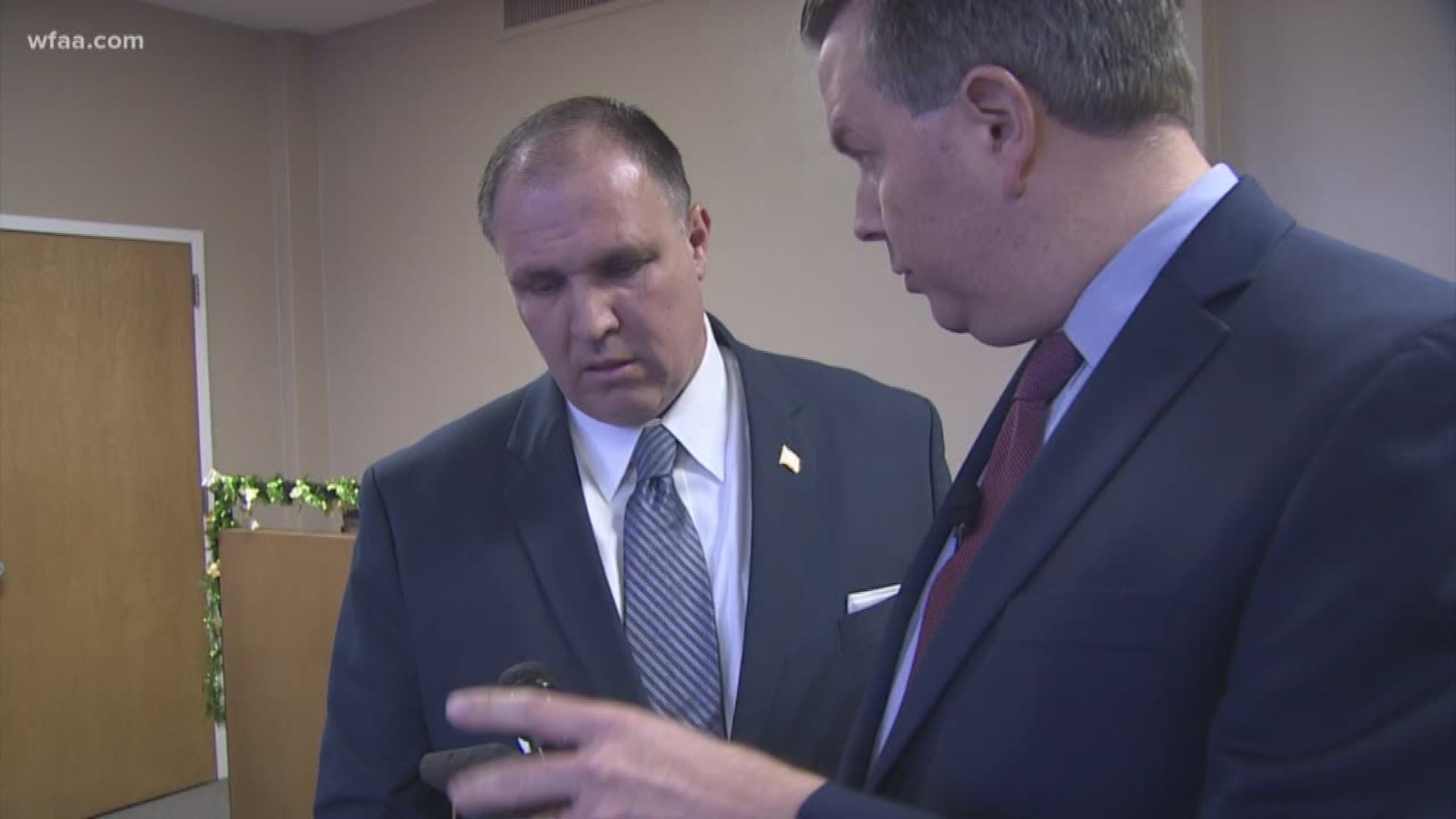 The video above is from the original February 2018 story.

The State Commission on Judicial Conduct admonished former Dallas County Justice of the Peace Bill Metzger last month for trying to secretly remove a campaign sign of a political opponent two years ago.

The incident was the focus of a WFAA story in February 2018.

In the 2018 video, recorded at 2:52 a.m., a man wearing a hoodie walked up and cut zip ties holding a campaign sign for Jim Phaup to two metal stakes.

The sign was positioned, with permission of the property owner, on an empty lot next to Metzger’s home.

At the time, Metzger denied to WFAA that he removed the Phaup’s sign.

“It doesn't look like… I can't tell to be honest,” Metzger told WFAA in 2018. When pressed, at the time, that he would know if he did it, Metzger said: “I haven't knocked it down. I have taken signs down prior that were placed illegally.”

The State Commission on Judicial Conduct investigated after the WFAA story and recently got more out of Metzger.

In October, Metzger initially told the commission that he was “’unable to be sure’ if he was the person shown in the video improperly removing the sign, and also expressed his opinion that he did not feel this incident cast public discredit upon the judiciary.”

But the state commission said that Metzger finally confessed.

“During an appearance before the Commission, Judge Metzger indicated for the first time, that while it was him on video, he did not ‘improperly’ remove the sign from his neighbor’s property, but rather, properly removed the sign from his own property,” according to the four-page public admonition now available on-line.

But the state commission concluded that Metzger did “improperly” remove Phaup’s campaign signs and said that “Metzger’s testimony that the sign was placed in close proximity to, or inside the property line of his own property, was not credible.”

Metzger, a Republican Justice of the Peace for Precinct 2, Place 2 in Mesquite, lost the position after Democrat Katina Whitfield handily defeated him later that same year.

“We believe the strongly-worded admonishment of former Judge Bill Metzger from the State Commission on Judicial Conduct closes this matter with emphatic clarity and leaves no doubt about the severity of his actions as determined by the independent members of the commission," said Brian Mayes, Phaup’s campaign spokesman.