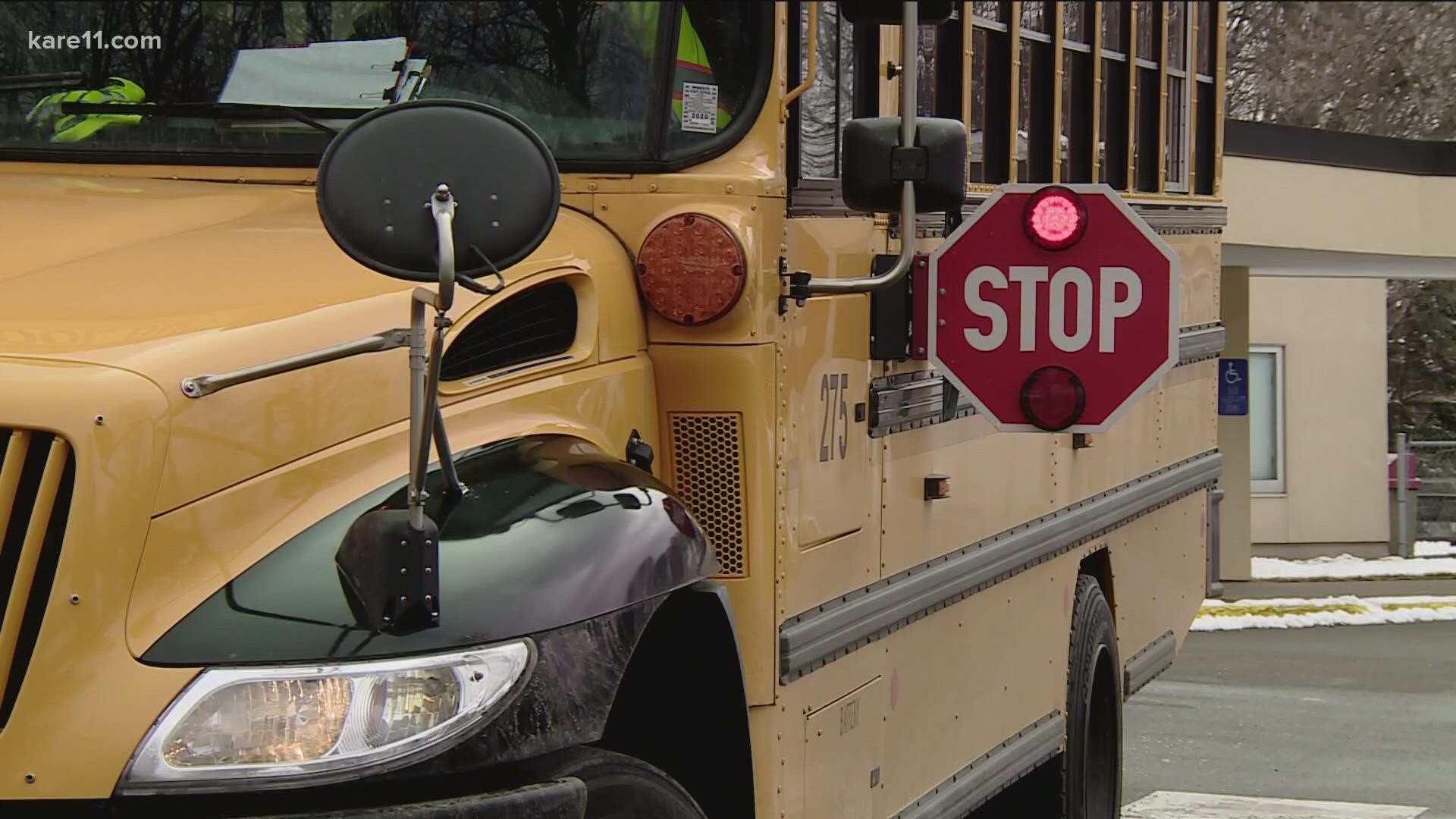 ST PAUL, Minn. — St. Paul Public Schools said high schoolers at four schools will use Metro Transit instead of school buses this year, and another seven schools will change their start and end times.

The district said it was already down 40 bus drivers — a gap that nearly doubled last week when one of its contractors told the district they would be 36 drivers short. Officials said the "difficult" decisions prioritize transportation for younger students.

Metro says it will not be adding more routes, but that students can expect to get a bus at one of the available stops where buses come every 15 minutes.

District officials said Tuesday that seven schools will adjust their schedules, moving their school days between 15 minutes and one hour earlier or later than originally planned.

Officials said the changes will allow eligible students to keep riding the bus. The seven schools' schedules will remain altered until "at least" winter break.

High school students at another four schools won't have bus service. Instead, officials said they can ride Metro Transit this year with a free student "Go-To card" and use the Trip Planner app to map out their route to school.

District superintendent Dr. Joe Gothard asked community members to be mindful of kids walking to and from bus stops.

"This is a workforce crisis we are seeing here in Saint Paul, throughout Minnesota and across the country," Gothard said. "The steps we are taking prioritize transportation for our youngest learners."

In anticipation of the bus transportation company pulling out in Stillwater, the district says it started to advertise for a new company — to which not a single company applied to take over routes.

Stillwater schools Superintendent Malinda Lansfeldt said athletic games also had to be canceled because there were no buses available.