"We want to see this guy caught before he does it to any other animals," Don Sauls said. 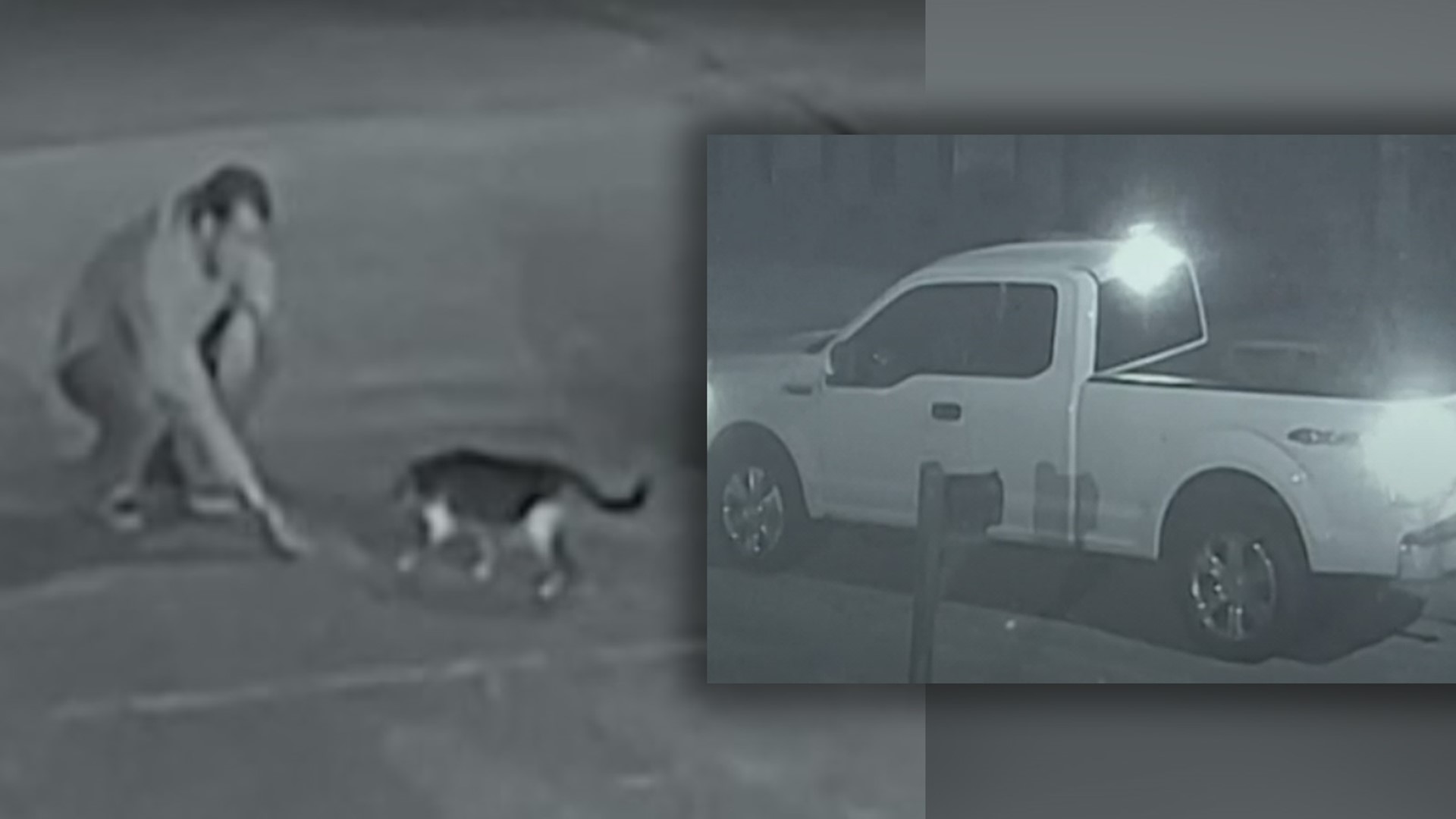 SPRING, Texas — One Spring family is not giving up hope.

It’s been nearly a month since the family cat was stolen by a man in a white truck. A new video shows why they think the man has been after more than just their pet. At first, the video is not hard to watch. It just shows a man petting a neighbor’s cat. But the disturbing part comes next when he picks up the cat and throws it aggressively into his truck and drives away.

“He just lured it out somehow, I don’t know how," owner Don Sauls said. "I mean he viciously threw it in the truck and you can see there was an animal in there.”

The cat’s owners came out looking for him moments later.

But a new video shows that man stopped again, moments later a few houses down when he saw another cat sitting in a driveway.

“When you look at the video, you can see it. This guy, he went from here to there and he was trying to get another cat," Sauls said.

The camera pans away so it’s hard to know exactly what happens next, but the man got out of his truck, approaching the spot where that cat was.

Credit: KHOU 11
Family near Houston looking for man who took their cat

“It wasn’t a random thing. This guy is picking up cats. And I don’t know if he got the other animal," Sauls said.

The family is offering a reward, with help from money collected through a GoFundMe account.

They hope to find Thor, but also, they want to find the man who took him.

If you have any information on where Thor might be or who this man is, you’re asked to call Montgomery County Precinct 3 investigators.