Hailey Hernandez is the youngest female diver going to Tokyo for Team USA at age 18, according to Team USA. 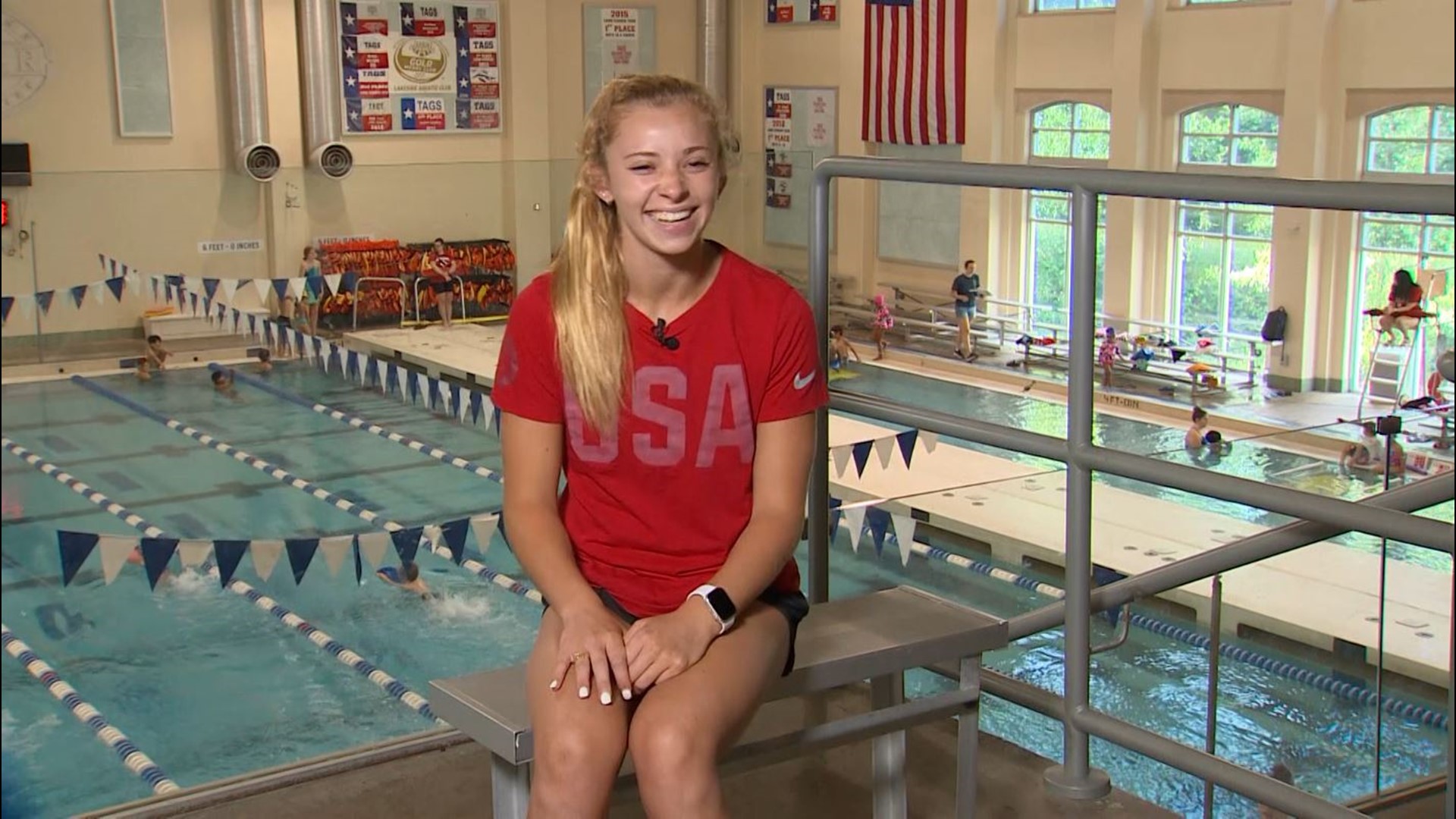 “Just to be able to compete against the best in the country and come out knowing that I qualified for the Olympics: I’m so proud of myself to know that all the hard work and time that I put in has paid off,” said Hernandez.

Hernandez is one of two Americans representing Team USA in the 3-meter springboard. She initially planned to try for the Olympics in Paris 2024. But in early June, she qualified for Tokyo at the Olympic trials in Indiana.

“It was just like, wow, wow, she did it,” Hernandez’s father, Rick, said. “So very proud of her. Just so happy. The whole family. All the support.”

The Southlake teen had an incredible high school career. She’s a four-time Texas state champ in the 1-meter dive.

She said her sport requires a mix of physical and mental strength.

“Going into a competition, you’re doing one dive at a time. You only compete five dives, and each dive is only taking around :30. So your entire competition is summed up in just a few minutes,” said Hernandez.

Hernandez leaves for Tokyo on July 18. Black and blue swimsuits – “I think they’re lucky for me” -- and music by rapper Pitbull will definitely be making the trip, she said.

But believe it or not, the Tokyo Olympics almost didn’t happen for Hernandez, who admits that in middle school, she was close to quitting the sport.

“I’ve had lots of challenges: The fear of learning new dives is something I’ve struggled with pretty much my whole career in diving. But also just mental blocks and overthinking things,” said Hernandez.

So when you watch her competing for Team USA next month, the incoming University of Texas freshman hopes you’ll see an Olympic athlete and a role model.

“It’s not always going to be highs. There are definitely going to be lows. Having obstacles and those lows are an important part of learning and developing, not only as an athlete but continuing those lessons on to life,” Hernandez said.