CitySquare and For Oak Cliff are partnering to open a grocery store in the Glendale Shopping Center. 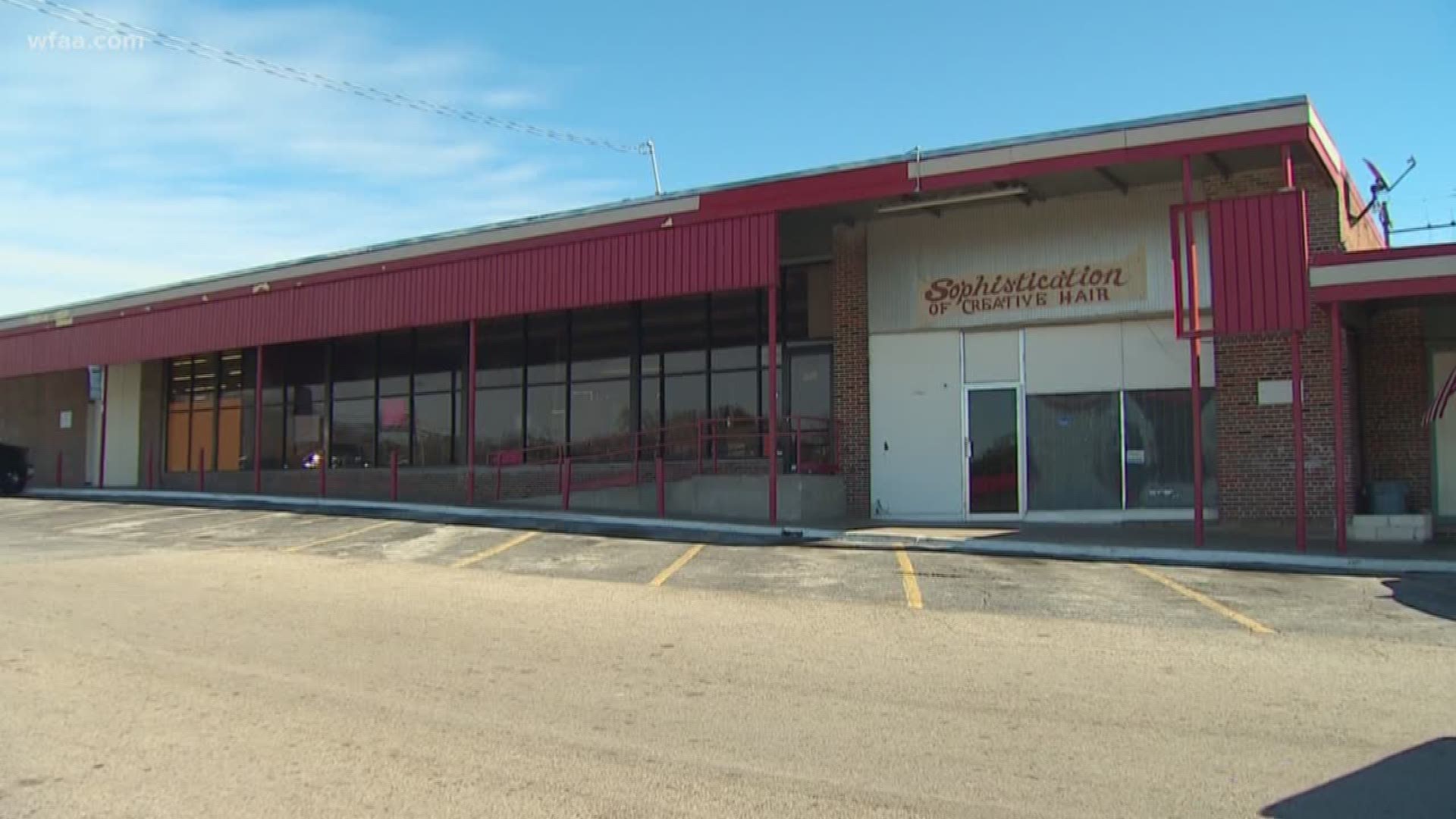 DALLAS — Two nonprofit organizations, CitySquare and For Oak Cliff, are partnering to open a grocery store in a Dallas neighborhood with few grocery stores nearby.

Organizers said they are planning to open the store in the Glendale Shopping Center in Oak Cliff, in a space next to a Family Dollar that was formerly occupied by a thrift shop.

Neighbor Ricky White said he often shops at the Family Dollar because the closest grocery store is a Walmart 10 minutes away.

The area is a mix of convenience stores, liquor shops, a seafood restaurant, bakery, barbershop, a popular book store and art gallery, and a couple of community centers. Organizers said they are excited about the plans to add a nonprofit grocery store in the center.

”We just think this can be done,” said Reverend Gerald Britt, Jr., Vice President of External Affairs for CitySquare.

”A nonprofit grocery store is an operation where you’ve squeezed out most of the hard costs,” Britt said.

He said the concept will allow the groups to offer fresh fruits, vegetables, and a variety of items at a more affordable price than some major grocers.

”You’ve got food deserts that are expanding,” Britt said. “You’ve got food swamps. You’ve got all these different pathologies located within our community, that we you’ve got the capacity to address. It’s not easy. But it is doable.”

The nonprofit group organizers say they have been researching similar nonprofit grocery store concepts in areas like Waco, Pennsylvania, Baltimore, and Washington, D.C. They believe the model can be a game changer in Dallas.

“It would bring a lot to the community,” Brandon Anderson said.

Britt said the grocery store is expected to open sometime in 2020.

CitySquare and For Oak Cliff scheduled a community meeting for 11 a.m., Saturday, Jan. 26 at 4478 South Marsalis Avenue. The groups would like neighbors to share ideas on what they would like to see in a grocery store.