Residents around the Blue Star Recycling business voiced concerns at a hearing addressing the cleanup of piles of shingles. 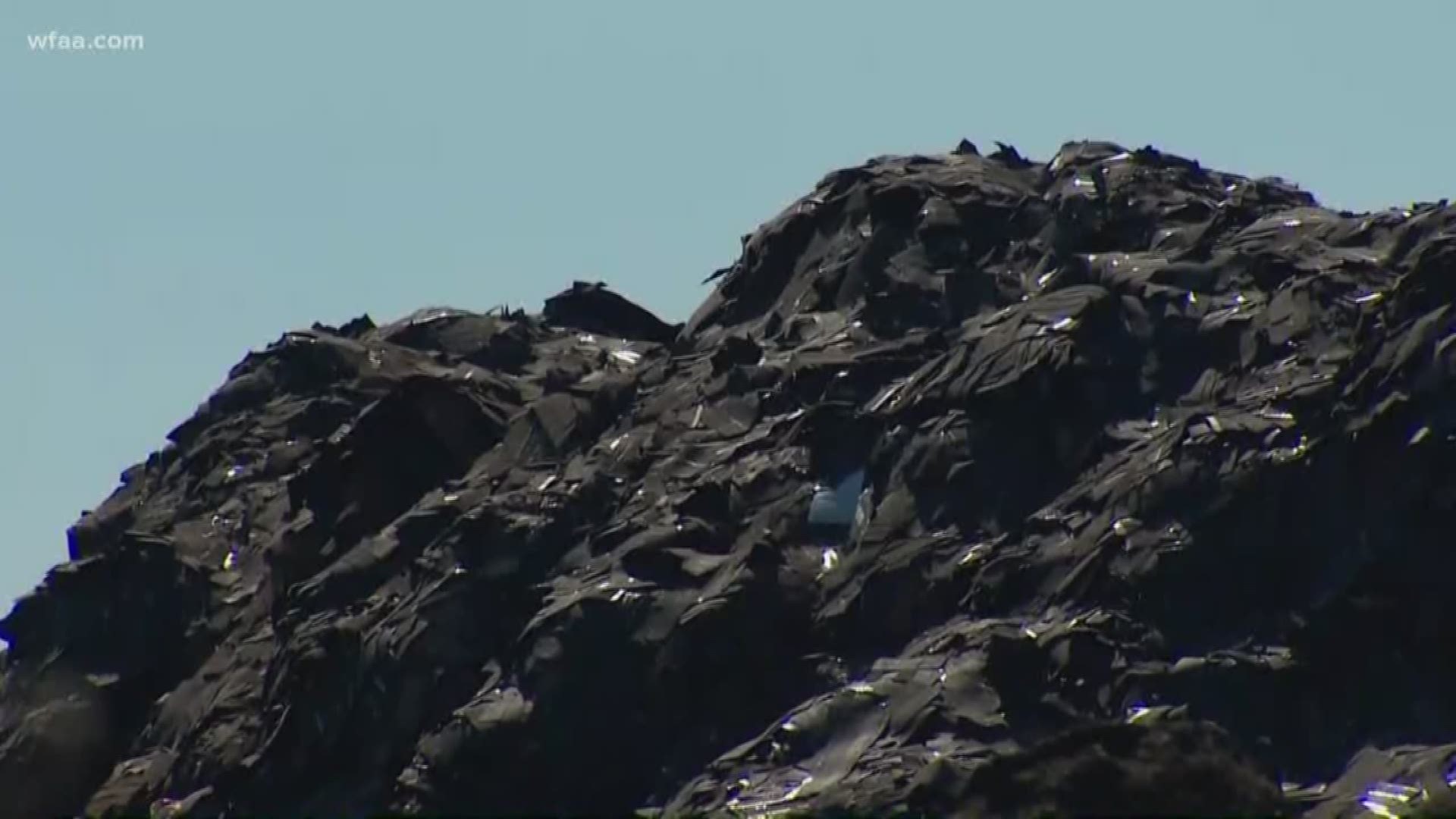 DALLAS — After a recycling business was ordered to cleanup shingle piles some southern Dallas residents have called an environmental hazard, a hearing took place Wednesday to discuss the status.

In March, a judge ordered Blue Star Recycling to cleanup the site, dubbed "Shingle Mountain," and remove the raw and grounded shingles that sit on the property within 90 days.

On June 13, that clean up began. Wednesday, less than a week later, a status hearing took place in civil court to discuss the case between the city of Dallas and Blue Star Recycling.

The City filed a contempt order before the status hearing.

“This is a big mess,” said Carl Orrell, co-owner of Blue Star Recycling, to the judge.

Orrell said he recently made a deal with a vendor to move one of the shingle piles that was closest to a neighbor’s home. He said the vendor is operating between two and five trucks on a loop to haul the product away. He said each loop takes between 1.5 to 2 hours.

An assistant city attorney told the judge the delays and lack of compliance on behalf of Blue Star Recycling have been disappointing. He said residents claim dust from the shingle piles remains an issue. They also requested a tarp be placed over the piles as a temporary measure to reduce the airborne dust.

Meanwhile, Orrell said it could take at least one year to have all of the shingles hauled away. When asked why it would take so long, he blamed the way the company was handled before it was shut down. He said it was left with little money.

“It’s been pretty embarrassing,” he said.

"Our health is involved," said neighbor Marsha Jackson. "Please take it seriously when you have humans involved. And that’s my one plea."

At the end of the hearing, the judge determined Orrell appeared to be making some efforts and attempts to comply. She set another inspection of the property for July 2. The judge will personally visit the site to assess things.

She said she would like to see Blue Star Recycling make sincere, dedicated attempts at removing the shingle piles, rather than putting the owners in jail.

"I just need it moved," Jackson told Orrell after the hearing. "I want it gone.”