Neighbors will tell you South Dallas suffers from a significant amount of blight. The problems include boarded-up, dilapidated, or neglected homes which invite crime and squatters. There will be a meeting aimed at addressing the problem Tuesday. 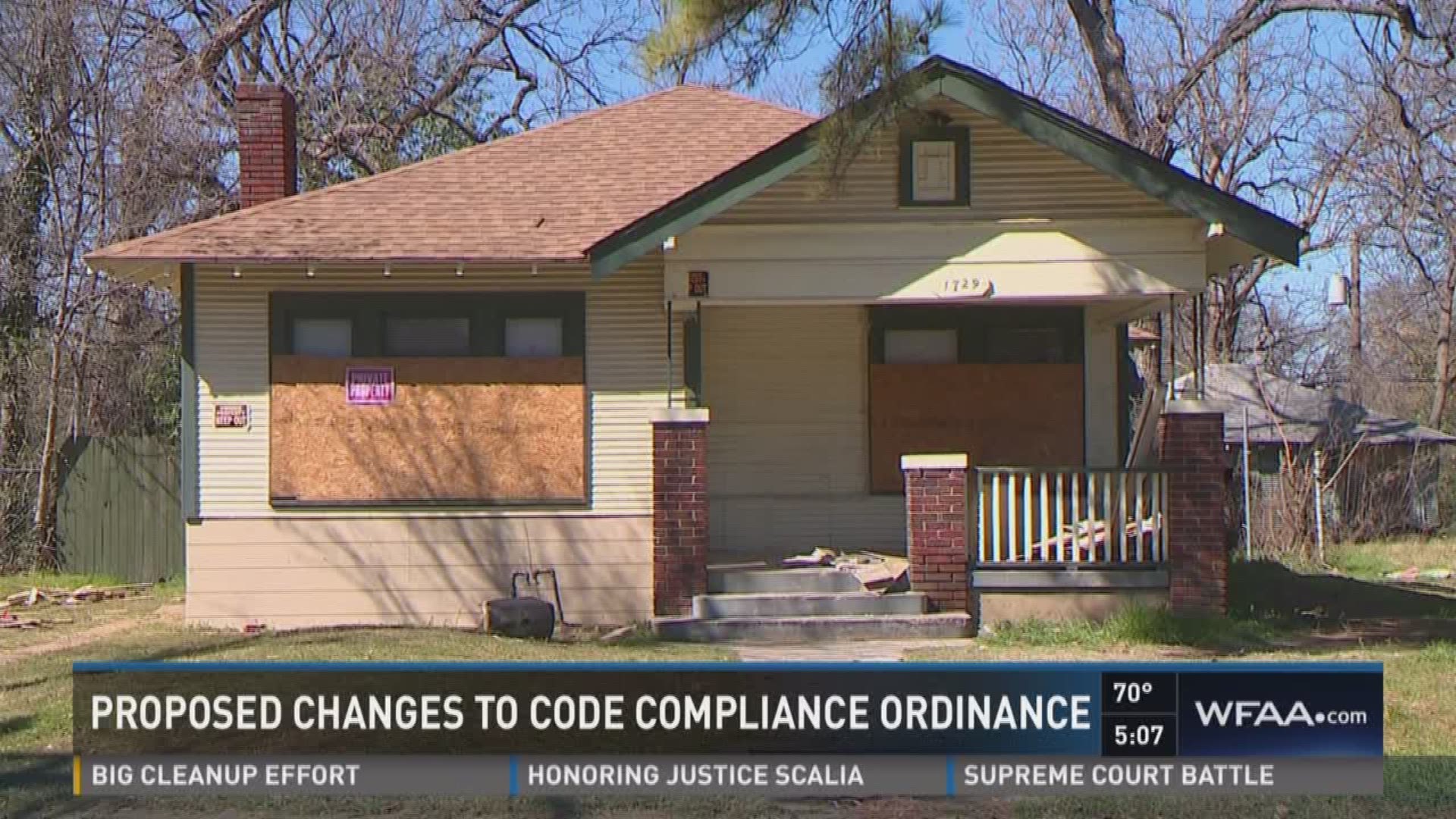 DALLAS -- Raking leaves outside a grey apartment building on Colonial Avenue in South Dallas is a regular chore for Felicia Johnson and Melvin Ross.

Johnson manages the property. She says she doesn’t want the complex to look like any of the nuisance neighboring properties that may have code compliance problems.

“They have cars parked in yard," Johnson said, speaking about some of the Chapter 27 code violations she’s observed at nearby homes. “They put their trash out too early. Just abandoned properties."

Neighbors will tell you South Dallas suffers from a significant amount of blight. The problems include boarded-up, dilapidated, or neglected homes which invite crime and squatters.

Many of the blighted properties result from the high rate of vacancies and problem rental sites.

Neighbors will tell you South Dallas suffers from a significant amount of blight. The problems include boarded-up, dilapidated, or neglected homes which invite crime and squatters.

"The slum lords, they are not doing their part," Ross said. "They just rent to anybody just to get the money."

The Dallas City Council’s Housing Committee has been working on strategies to fight blight.

Councilwoman Tiffinni A. Young is hosting a public meeting Tuesday, Feb. 16, where community members will get to discuss proposed changes to Chapter 27. There will be specific focus on the code compliance ordinances impacting standards for residential and non-residential structures.

Rev. Michael Ennette Sr. has been living in South Dallas for 32 years.

"The homes next door to me, those houses, they need to be taken care of," he said.

Ennette says there are many problem properties near his Pine Street home.

"By this being a popular street, yes, it's an eyesore,” Ennette said.

Felicia Johnson said the proposed code changes could improve the quality of life in some parts of the city.

"We want it,” Johnson said. “This is where we live, and we want it to be just like every where else in the city."