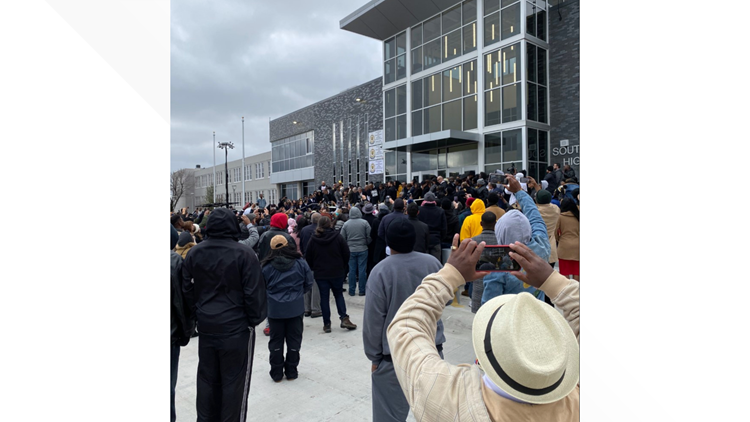 The newly renovated Dallas Independent School District campus opened its doors to students and staff for the first time earlier this week when they came back to school from winter break.

Crews spent two years gutting and renovating the entire building at a cost of $52 million.

Every part of the campus was updated or transformed.

The school's new features include new classrooms, competition gyms, weight rooms, two courtyard additions, an amphitheater, learning stairs, a contemporary chandelier at the main entrance, a dance hall and a new cafeteria, among other attractive amenities.

But the road to get to this makeover has been paved with problems.

Many residents remember Dallas ISD increased its budget for the South Oak Cliff High School renovations after students began walking out in protest over conditions.

There were also videos shared on social media of rodents inside the school, termites, flooding, mold and drinking fountains covered with bags after water contamination concerns were revealed.

Now, though, the new school and its facilities are open for business, and administrators are looking to the next schools to receive a transformation.