Jarron Holden of Cedar Hill was 13 when he suffered a cardiac arrest on the basketball court. It prompted parents to start a non-profit for heart screenings. 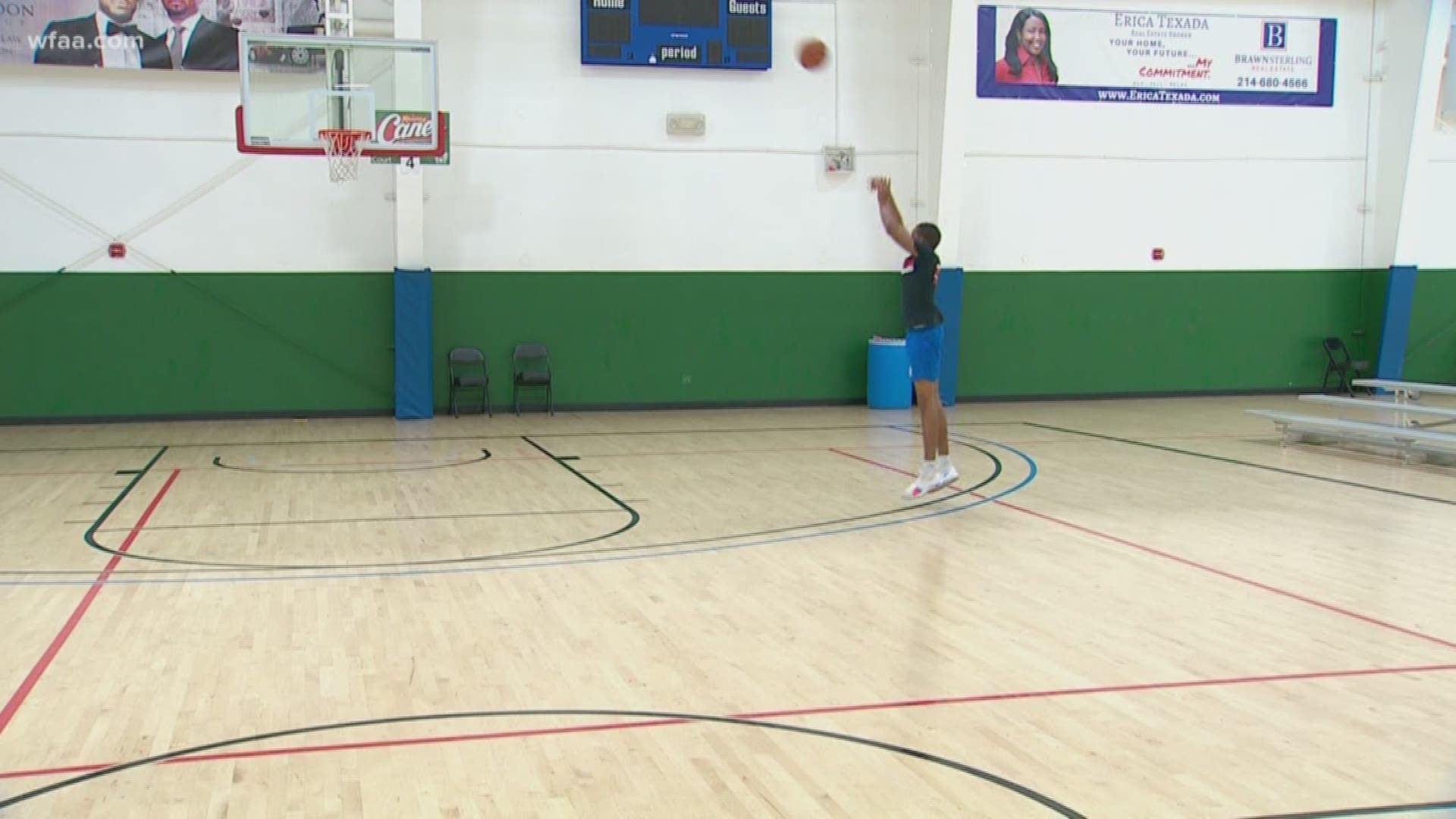 CEDAR HILL, Texas — Jarron Holden II of Cedar Hill was 13 years old when he suffered a cardiac arrest on the basketball court during a scrimmage at the beginning of his eighth-grade year.

"This is the spot where I passed out on the court," Jarron, said pointing to out-of-bounds near the visitor's bench.

"I will never forget it," said his mother Dana Holden, who was in the stands with her husband at the time. She remembers Aug. 31 vividly. Jarron collapsed head first on the court at a Duncanville gym.

Jarron was on life support for a week. Doctors said it was possible he may never play basketball again.

"It wouldn't have made sense if I had stayed alive and couldn't play basketball again," Jarron said.

Jarron had a rare heart defect called AAOCA, or Anomalous Aortic Origin of a Coronary Artery. It is a severe abnormality of the arteries that often leads to sudden death. He had open heart surgery at Children's Hospital in Dallas.

"That was the longest six months of his life," Holden said.

He missed his entire eighth-grade basketball season because of the surgery and because doctors wanted him to take it easy. "He still kept trying to push and play ball," Holden said.

Now Jarron is flourishing with no limitations. He is quiet about his surgery and the diagnosis. His mother tells WFAA that he doesn't want to be treated differently. But Holden will not be quiet about the efforts ever since this incident happened to her son.

Jarron has returned to basketball fully and has a full schedule ahead this summer. He hopes to play for the varsity team this upcoming year for Cedar Hill.

RELATED: Verify: Are there really six donuts in a soda?