Keene ISD and parents alike are concerned: Children have to cross busy US Highway 67 to get to school, and drivers often don't pay attention. 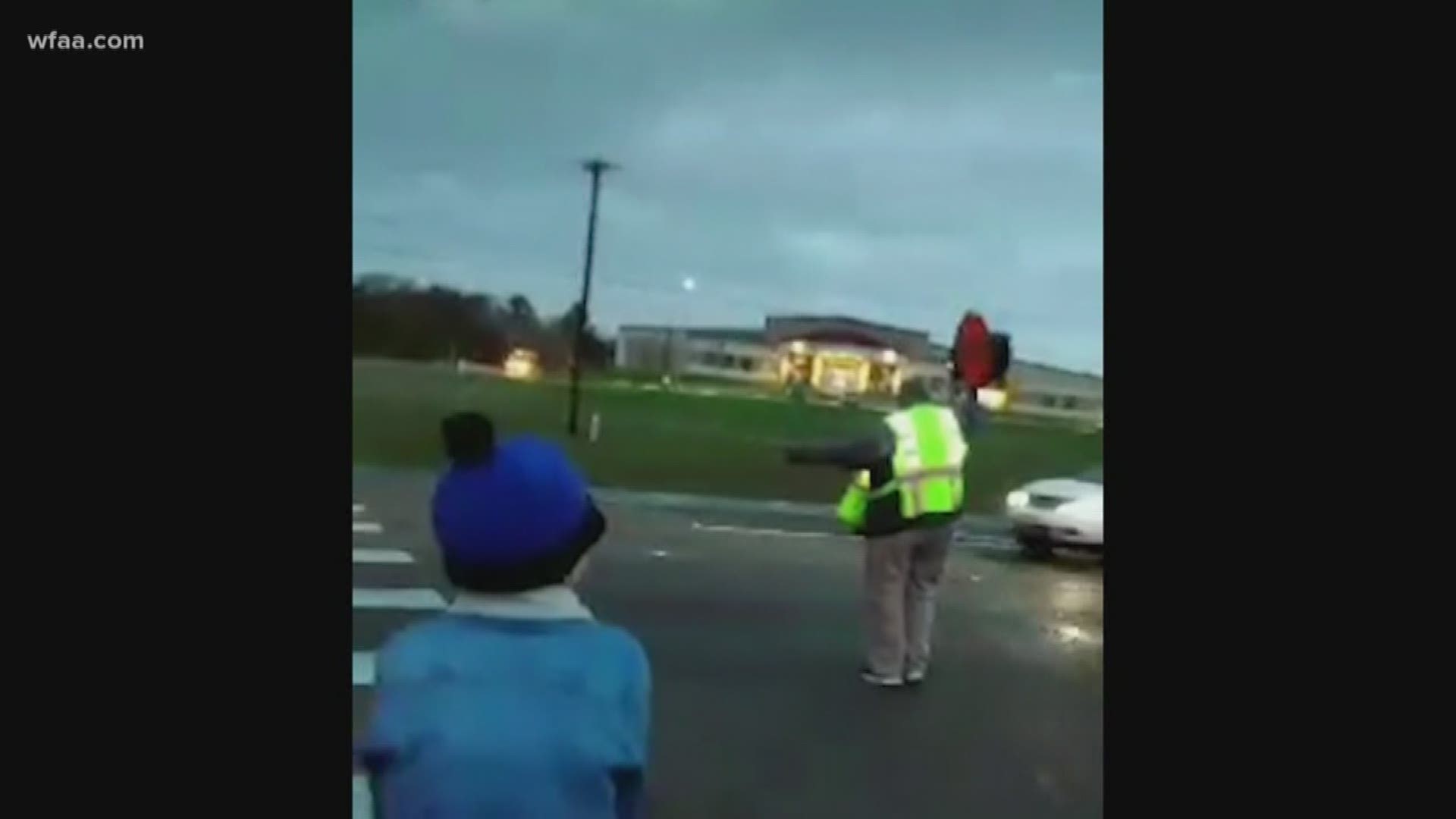 KEENE, Texas — Desiree Hill is a mom on a mission.

"It's crazy, it's scary, it's unsafe," she said. "My biggest concern is the children. Anybody could get hurt."

She's talking about the crosswalk on US Highway 67 that leads from one side of the road to Keene ISD's campus. She's seen one too many near misses as her three children cross the road, with a crossing guard, to get to Keene Elementary School. So recently, she started recording those walks to school to raise awareness.

This week, her video of a crosswalk incident drew lots of attention on a local Facebook group. In the video, you see the crossing guard trying to stop traffic when a car blows right by. Seconds later, another one almost does the same. You hear Hill cry out to her son in warning as he tried walking during it all.

"Someone's going to get hurt," she said. "And this is not the first time it's happened."

Potts said he shares Hill's concerns. He said the highway is only getting busier as the area grows, with easy access to highways to Dallas and Fort Worth both. And the badly-lit crosswalk spanning across that highway is the only place set up for kids to cross with a crossing guard.

Potts has grown so worried, he said, he reached out to Texas Department of Transportation and Keene Police for help. Potts said at the district's request, TxDOT has been performing a traffic study at that spot on Highway 67, which should be done March 7. It'll offer recommendations on how to improve the road's safety.

"We're going to have to have some kind of traffic control device, whether it's flashing lights that can be controlled by the push of a button to activate or even a red light," Potts said.

Hill hopes whatever they decide to do happens fast.

"We need lights put up or something because they don't take it seriously. Drivers don't take anything seriously," she said.

She fears those near misses will one day be something worse.