The complex, Rolling Hills Place, has given affected residents window A/C units and said it's struggling to make repairs due to the current HVAC parts shortage. 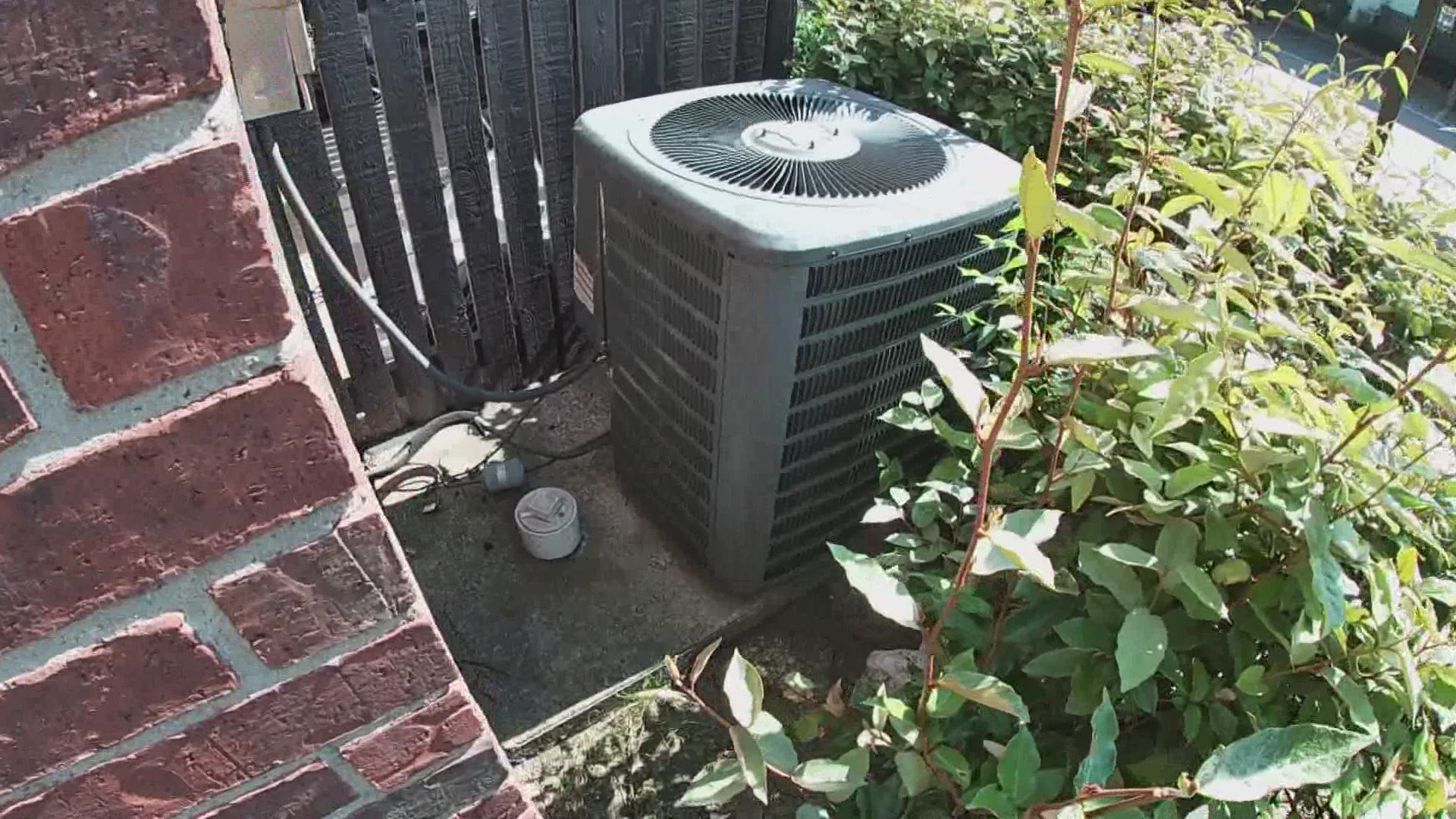 LANCASTER, Texas — Around a dozen or so units within the Rolling Hills Place apartment complex in Lancaster have been without central A/C for roughly four weeks, property management and residents said Wednesday.

It's a harsh reality as temperatures begin to rise and the HVAC repair industry faces inventory challenges.

Resident Shae Smith alerted WFAA to the issue via Facebook.

She said she and her family haven't had access to central A/C in their home for almost a month.

"I come home from work, I'm hot, we have to take a shower to cool off, and it's really ridiculous."

The complex is accommodating residents with window A/C units. However, they're only giving one per home, and Smith admits that's not enough to keep the entire house cool.

"One side of the house is cool, and the other side is still hot," Smith said. "We can't really live comfortably because of the air."

When property management was asked what was holding up repairs, it pointed to an issue that WFAA reported on earlier this week.

RELATED: As the heat ramps up, a shortage in parts is impacting the A/C repair industry

Due to the pandemic, the fallout from Texas' historic winter storm in February, and the booming real estate market--manufacturers making repair parts for HVAC systems aren't keeping a healthy supply chain.

The storm impacted copper, steel, and aluminum production, as well as distribution.

That means evaporator coils or condenser units are going to be harder to come by. There’s also a dire need for more employees on distribution lines.

Trucking companies are strapped and struggling to deliver limited supplies.

According to Quigley Heating and Air Conditioning, common and/or smaller parts aren't too hard to come by.

However, more complex pieces can take up to five days to arrive.

The company, which has been operating in North Texas for more than 70 years, also said that brand new, pricier, and higher-rated A/C units are limited.

An administrative official with the company said that getting those units may take up to a month.

That official said that some customers have waited up to two months for delivery.

RELATED: Beat the heat: Cooling centers in D-FW and tips to avoid heat-illness

A property manager at Rolling Hills Place said the complex has been trying to secure units from a local vendor and said everything is back-ordered.

However, window units can be helpful and better than nothing in the blistering heat, per Pastor Chis Simmons.

He leads Cornerstone Baptist Church and has been handing out window A/C units to the needy for the past seven years.

Last year, the church did 150 installations.

"The need is really huge this time of year," Simmons said.

Simmons said those units may be needed more than ever with the shortage and the pandemic still in play.

"We had a lot of requests last year, and this year has far exceeded that," Simmons said. "We had over 40 calls today by lunchtime."

But she said she didn't think she'd have to do that for almost a month.