These are the 7 finalists for Dallas chief of police

City Council will livestream Q&A with 7 finalists on Dec 16 at 2 p.m. 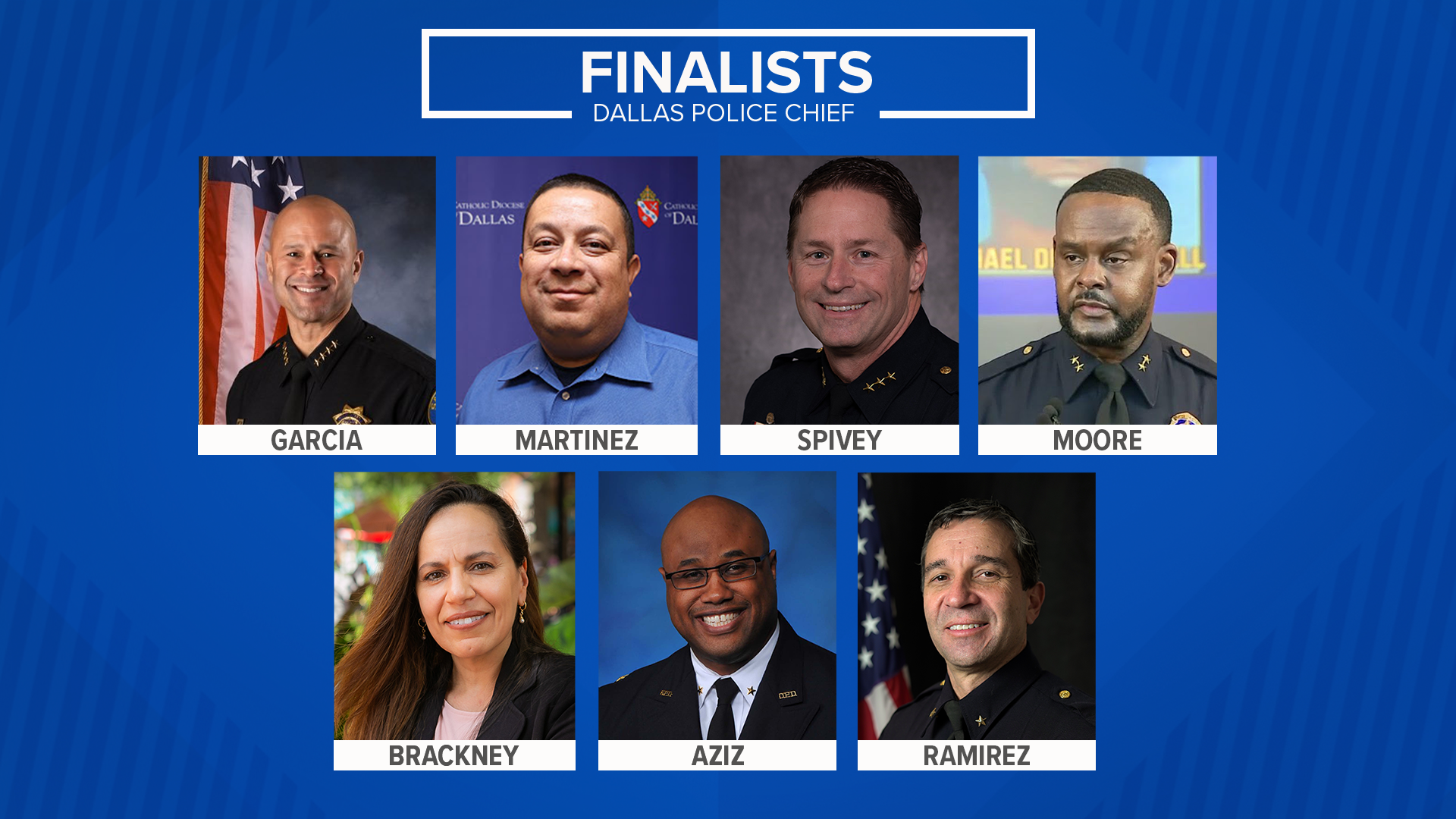 Updated Friday with additional details about the hiring process.

For the first time, the public will be able to hear directly from the future chief of police in Dallas before they are hired.

District 13 Councilmember Jennifer S. Gates on Friday said the city council will interview all seven finalists during a livestream on Wednesday, Dec. 16 at 2 p.m.

Gates, chair of the Public Safety Committee, said the decision to shift from a pre-taped setting occurred after reviewing submitted questions from council colleagues and receiving a letter from Dallas Mayor Eric Johnson earlier this week.

"To help us prioritize the questions most important to the public, the city manager will send out a survey soliciting input from our residents later this evening," Gates said in a memo.

The finalists to replace departing Chief U. Reneé Hall were named by City Manager T.C. Broadnax on Thursday.

Earlier this week, city officials said they planned to name the new chief by the end of December.

Already, Dallas has exceeded last year’s murder toll of 198. To date, police say at least 227 people have been killed in the city of Dallas in 2020.

Hall, who became chief in 2017, announced she was planning to leave the department in September.

The applicants were screened by a recruiter based on input from the City Council, community and department surveys, and the city manager, according to Broadnax's memo that was sent to council members.

These are the seven finalists:

Each candidate will be interviewed by City Manager T.C. Broadnax, the city said in a release.

Martinez left the Dallas Police Department last December to work for the Catholic Diocese of Dallas.

He was deputy chief of the Southwestern Patrol Division when five officers — four Dallas police and one DART officer — were killed in an ambush in downtown. Three of the Dallas officers killed were from southwestern patrol.

Anderson, a 23-year veteran of the force, said in a release he was honored to serve as the interim chief.

"I’m grateful to Chief Hall for her leadership and continued service ensuring a smooth transition and will likewise look forward to helping the new chief get up to speed in early 2021," he said.

The Fort Worth Police Department also announced their finalists for chief of police Wednesday.