Lieutenant Governor Dan Patrick missing from opening day of the 86th Texas Legislature, after White House calls him to meeting about border security. 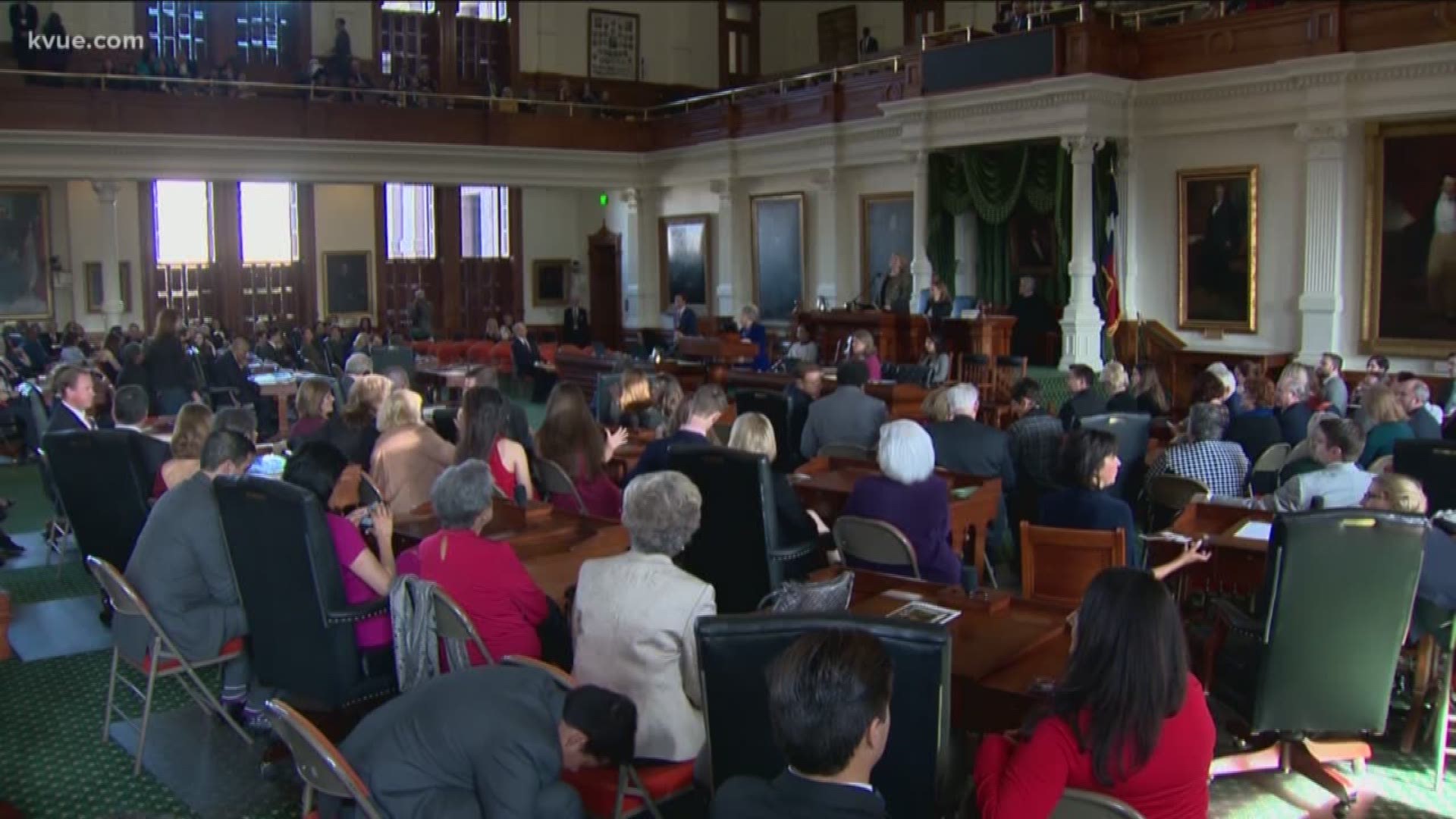 According to his team, the White House called him to a meeting about border security.

So instead, Senator Jane Nelson from North Texas became the first woman to ever gavel the Senate into session.

Nelson bragged there are now 9 senators who are women.

One of those women, Beverly Powell of the Fort Worth area, is one of two Democrats to take over seats held by Republicans last session.

That leaves exactly 19 Republican senators, which is the exact number needed to bring an issue to the floor, according to the 3/5 rule.

It's a shift in power from last session.

"I don't really think the seats that flipped really affect too much, you know you need at least 19 senators to agree, and we have 19 republicans, so I think it will probably be pretty much the same," said Senator Dawn Buckingham, who represents areas like Burnet and Llano counties.

Also on Tuesday, the 31 senators elected Sen. Kirk Watson as the Senate's President Pro Tempore. That means whenever Patrick is gone, like Tuesday, Watson will step in to run the show.

"We're coming into a legislative session that I think is very important, one where we seem to be focused on the issues we need to be focused on, so it's really a special occasion," said Watson.

It's the role of 'grandpa' that Watson feels will impact him most this session. He said the issues are now more real and personal.

He wants to focus on things like education and mental health.

"The good news is everybody seems to be coming into this legislative session, with less focus on some of the wedge issues we saw last session, and more focus on the issues folks in Texas told us they want us to address," said Watson.

"Educating our children is the most important thing we do, its our future work force, it's our ability to compete, and we've got to get the kids the education they need," said Buckingham.

Senator Schwertner, who represents areas like Williamson County, stepped down as the chair of the health and human services committee last week.