Sen. Ted Cruz on 2020 election: 'Texas is a battleground'

Texas’s two senators, a member of Congress and the governor were in North Texas on Tuesday, the same day early voting began in the Super Tuesday primary. 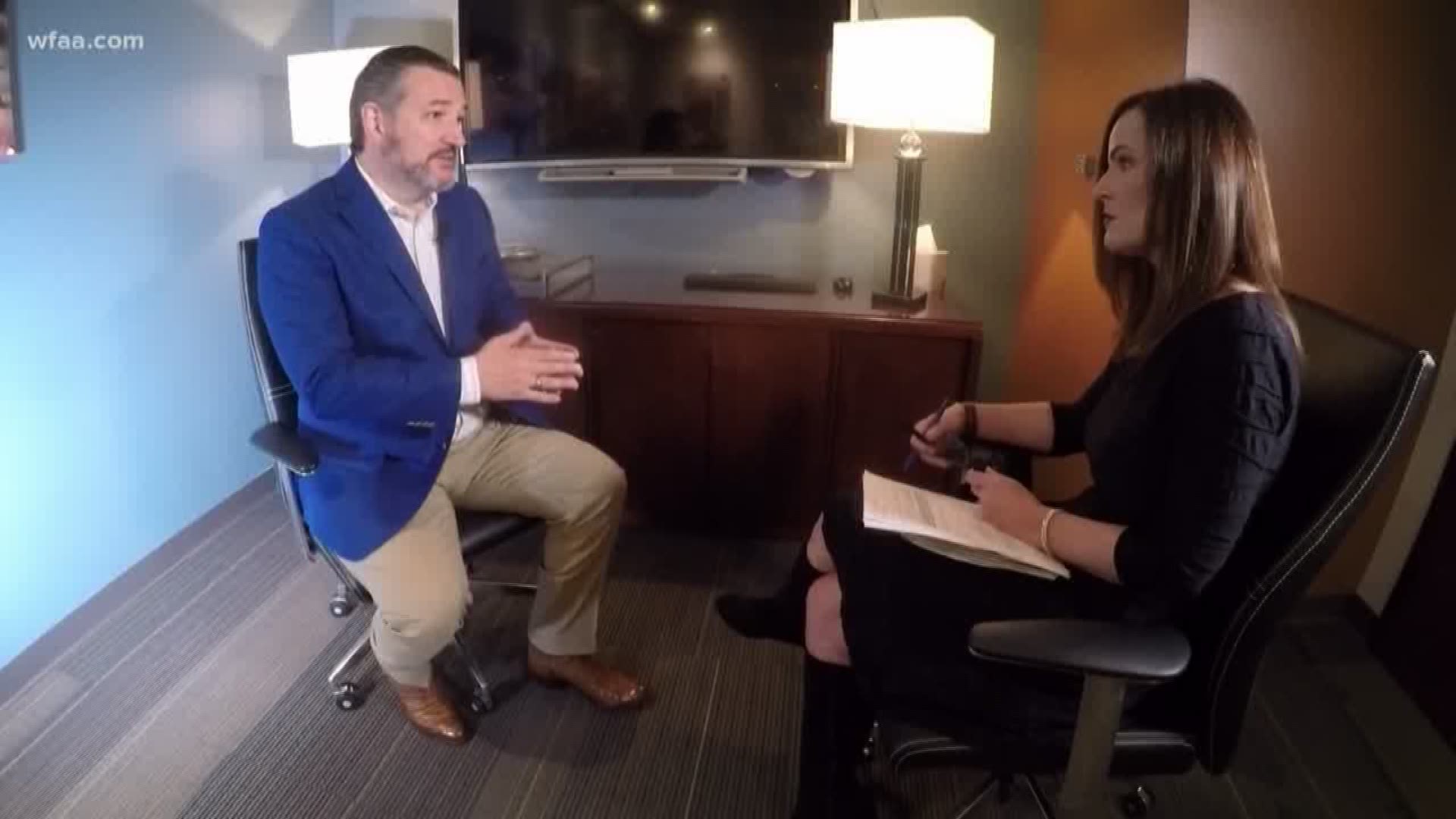 DALLAS — It almost feels like Republicans are blanketing North Texas this week.

Sen. John Cornyn visited Fort Worth on Tuesday, as did Rep. Kay Granger.

Gov. Greg Abbott was in Denton on Monday and Waxahachie on Tuesday.

Tuesday evening will see a debate in Austin featuring eleven of the Democrats angling to face off against Cornyn in the November general election.

“I think Texas is a battleground,” Cruz said. "And it’s clear national democrats have set a target on the state of Texas."

Two weeks ahead of Super Tuesday, Cruz said the biggest lesson he hopes Republicans learned from his 2.6 percentage point win over Beto O’Rourke in 2018 is just how much turnout matters.

“Texas Democrats in 2018 more than doubled their turnout - increased it more than 100 percent - from 1.8 million to 4 million. That is incredible, unprecedented. Thankfully we managed to turn out 4.2 million Republicans,” Cruz said.

Cornyn toured a pharmacy to promote a bill he sponsored that he says will lower prescription drug prices. He said Republicans learned in 2018 they can’t take a single Texas vote for granted.

“I think it was a two-by-four to the side of the head,” he said. “It was a wake up call that I think the Republicans had gotten too complacent,” he said.

Granger was touting an endorsement and Abbott was campaigning with North Texas Republicans running for the house of representatives.

Cruz said the last six weeks of his 2018 campaign, when his ground game was as strong as ever, were crucial to his victory.

“I went on a bus tour and did 50 rallies all over the state and tried to ring the alarm bell, that if you care about low regulation, low taxes, lots of jobs, and you don’t want to see Texas veer to the left, then come out and vote,” Cruz said.