Most of the top-notch schools were alternative, early college or magnet schools and nearly all of them were high schools. 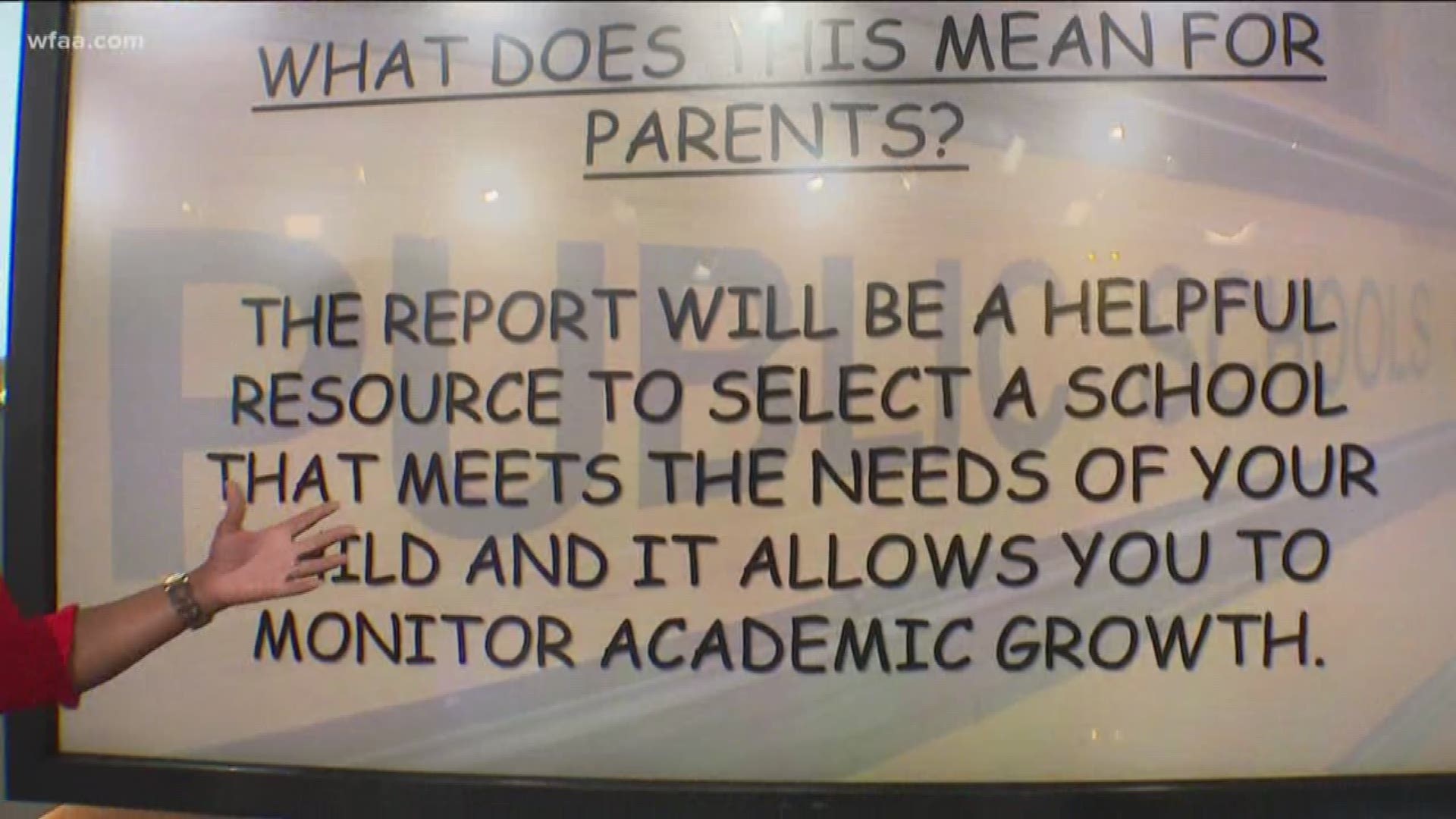 Of the nearly 9,000 schools across Texas, nearly 20 percent were given an A in the Texas Education Agency's annual grading process — a small fraction of which received a perfect score.

Three North Texas schools made a perfect or near-perfect score:

You can see the rankings for the top schools in North Texas by clicking here.

New Horizon High School is about an hour southwest of Dallas in Johnson County and is an alternative learning high school with a student population of 49.

Each year, the TEA releases annual accountability grades, which are based on student achievement, school progress and performance among student groups.

Only two of the top-graded schools didn't serve high school students. Of the 1,266 schools that served students in ninth grade or higher, 28 percent received an A. On average, Texas' A high schools scored a 93.

Middle and elementary schools averaged a little bit lower across the state.

Middle schools had the lowest average A grade of among the categories, just slightly lower than elementary schools at 92.5. In Texas, 1,602 schools served students no lower than fourth grade and no higher than eighth. More than 350 middle schools received an A, the tops of which were in North Texas.

To see all the top-graded middle schools in Texas, click here.

Want to see more results from the latest TEA scores? Click to find your ISD below: