'I was freaked out inside': Security officer helps deliver baby on sidewalk outside Sugar Land hospital

Morgan Lee lives in El Campo, which is an hour away from the hospital. She made it to the hospital in time to deliver her daughter, but she couldn't make it inside. 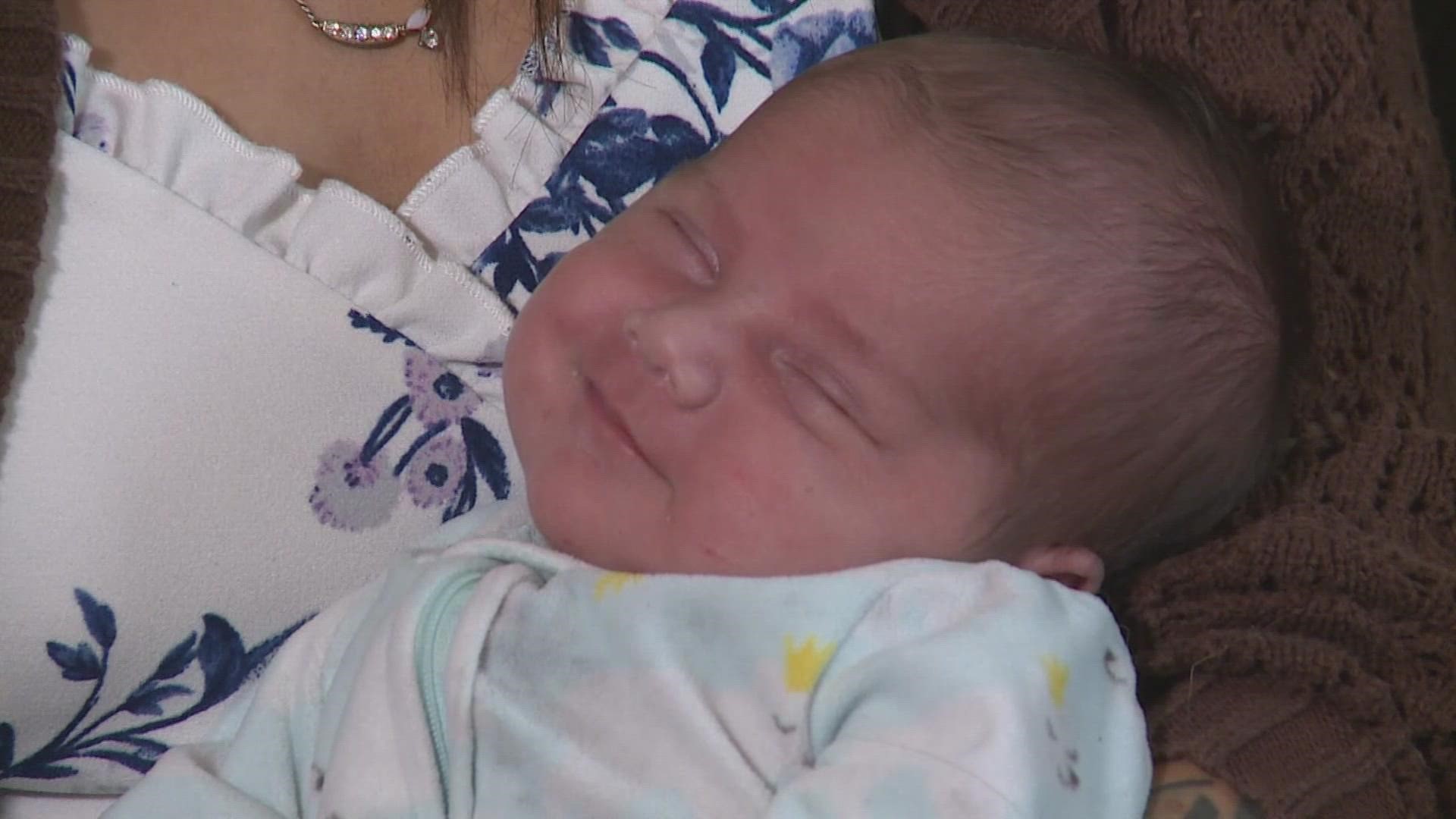 SUGAR LAND, Texas — Morgan Lee’s birth story with her daughter Charlie was definitely not what she pictured.

The El Campo woman realized she was in labor in the middle of the night. Charlie’s dad had to stay with their other children, so Morgan started the hour-long drive to Sugar Land alone.

“I made it to Wharton when I realized I was going into active labor,” Lee said. “I drove 16 hours from Nebraska to get here. That was nothing compared to that car ride to the hospital.”

A medical team was waiting for her by the entrance of Memorial Hermann Hospital in Sugar Land just after 4 a.m. When no one showed up, security officer Sandra Cartagena looked around outside.

She heard the laboring mom crying out in pain in the parking lot.

“I was freaked out inside. I was very freaked out, but at the same time I didn’t want to make her feel that I was feeling that way. I told her to take breaths and to push if that’s what she felt she needed to do. I was breathing with her and pushing with her,” said Cartagena.

The healthy baby girl was born within minutes on the sidewalk outside the hospital. Backup arrived after Charlie was already in mom’s arms.

“It felt like forever, but I’m pretty sure it was within a minute or two,” laughed Cartagena.

“She actually is, as the doctor who delivered,” Lee said.

Although neither woman wants to repeat the experience, they both feel blessed.

“I feel really blessed I was able to be there for her, that God brought me to her. That she wasn’t alone,” said Cartagena.