Marisela Botello was last seen in Deep Ellum on Oct. 4. 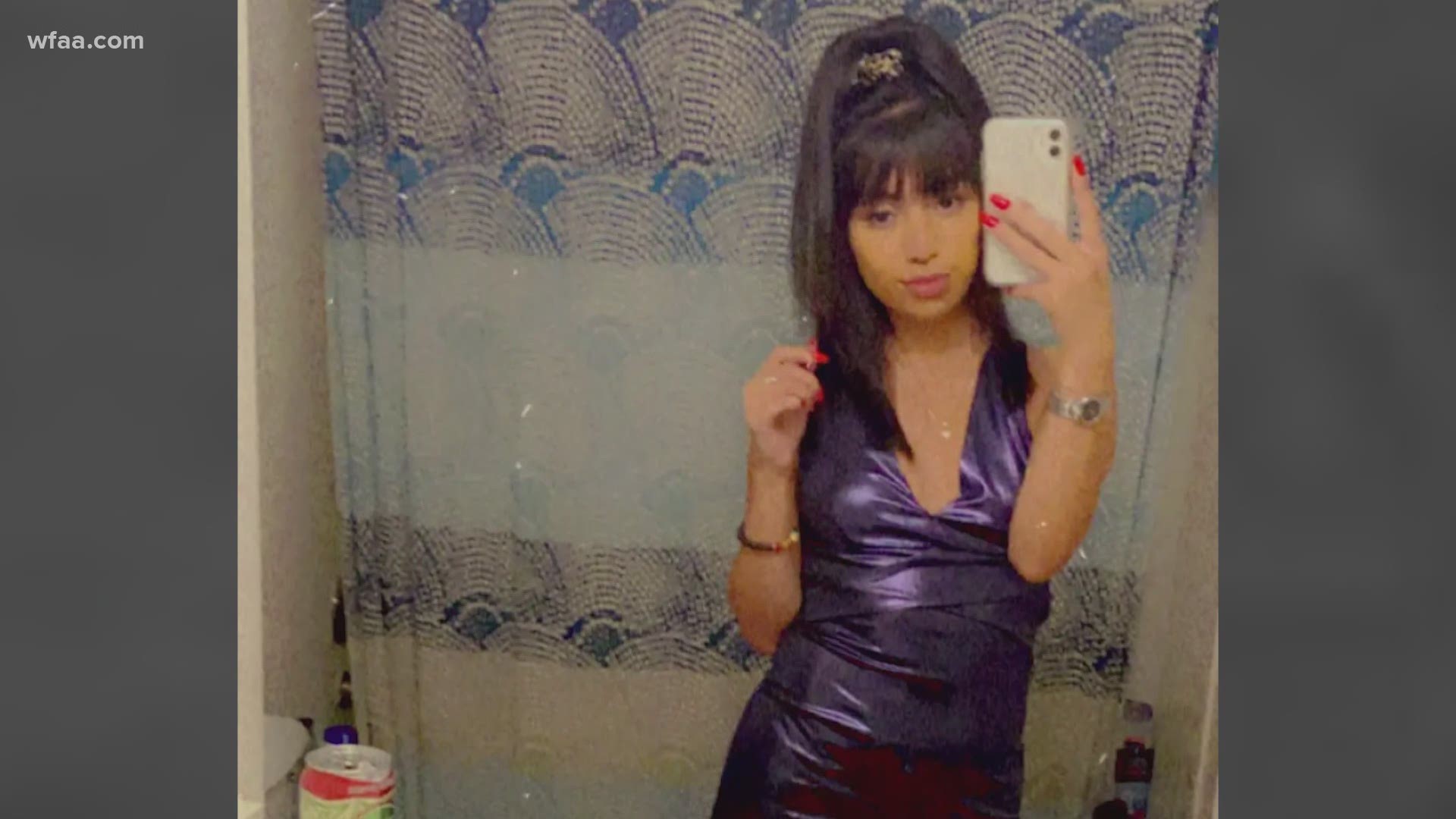 Editor's note: The above video is from a previous story concerning the disappearance of Marisela Botello.

Marisela Botello, of Seattle, was last seen the night of Oct. 4 in Deep Ellum. Botello’s family said she flew to Dallas to visit her ex-boyfriend, but instead of going out with him, she took a Lyft to Deep Ellum by herself.

Her family released a video from a bar on Elm Street that they say captured Botello with an unknown man.

Last week, Dallas police named Charles Beltran as a person of interest in the case.

Police said Beltran hasn’t been seen since the early morning hours of Sunday, Oct. 5. He was last known to be driving a Black 2014 Audi A6 with Texas license plate MJG3114.

If you know of Beltran’s or Botello’s whereabouts, you’re asked to call 911, the Dallas Police Department Youth Operations Unit at 214-671-4268 or email missingpersons@dpd.dallascityhall.com.