"A school of 1,800 kids, a shooting in a classroom and minimal damage and no death, that's a win for that school district let me tell you," John Matthews said. 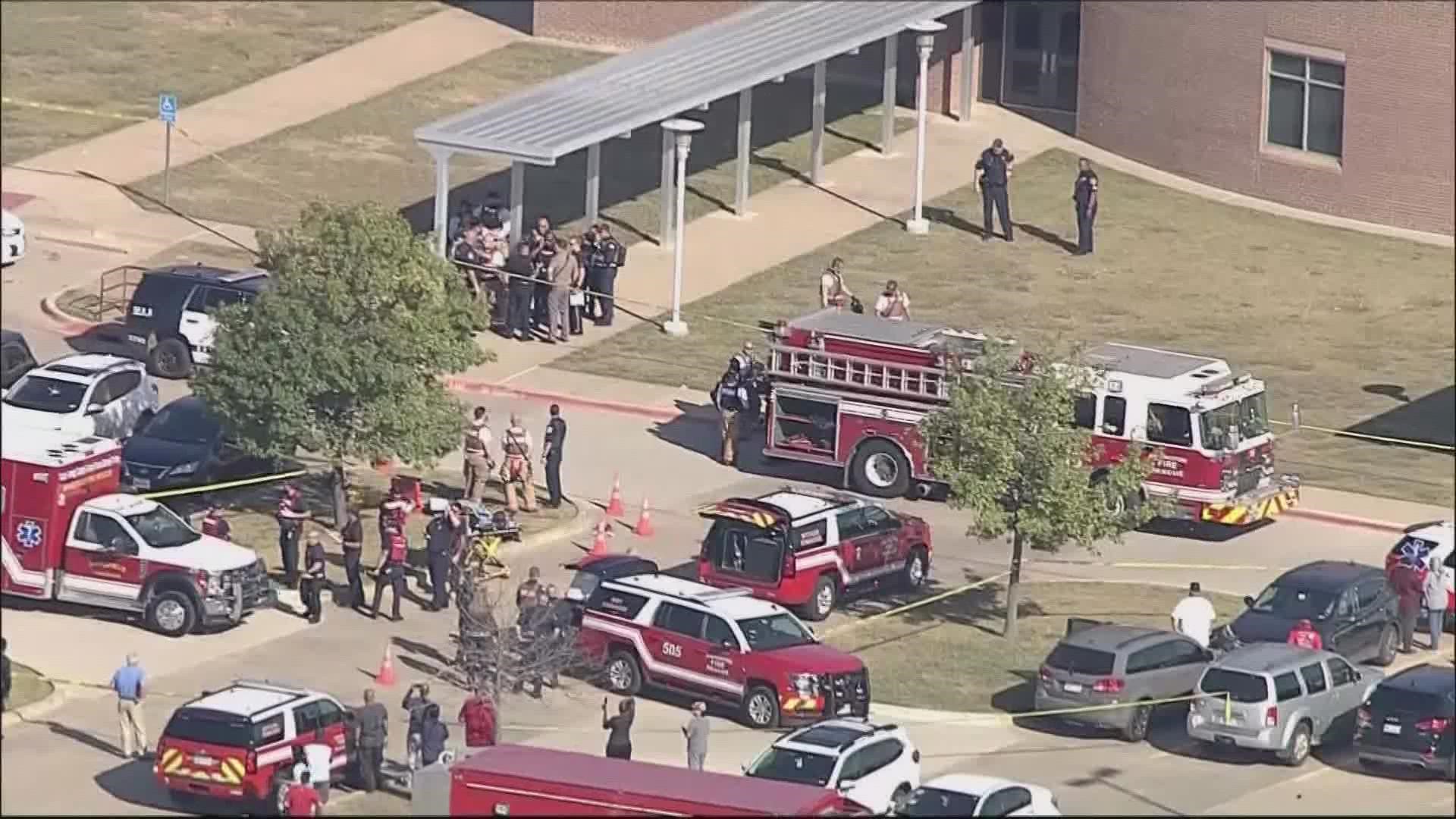 ARLINGTON, Texas — A school security expert, who has spent two decades preparing campuses, students, and staff for events like the one that transpired at Mansfield ISD's Timberview High School on Wednesday, praises the school and responding police forces for how they handled the school shooting.

Cellphone video taken by students inside Timberview HIgh School Wednesday showed a mostly calm, orderly evacuation of the school. Students, following orders from armed police officers, kept their hands on their heads and walked out in single file. Some were clearly scared by the ordeal. Others shown in the video remarked how "cool" they thought the officers were.

John Matthews, of the Community Safety Institute, said he was pleased with the entire police, staff and student reaction.

"It is refreshing to see such a good response yesterday," he said.

The former police officer, and leader of a security program that has offered its training and advice at thousands of campuses over the last 20 years, said he was impressed how students and staff calmly followed instructions, how smoothly a transportation system was rolled out to reunite students with their parents at an off-site location.

RELATED: Timberview High School parent describes FaceTimeing son as shooting was happening: 'He was so calm'

Matthews said he witnessed a system that was clearly planned, practiced and followed.

"And let's face it, a school of 1,800 kids, a shooting in a classroom and minimal damage and no death, that's a win for that school district let me tell you," said Matthews.

The superintendent praised that effort as well in a video message released on Thursday.

"The way the events unfolded yesterday demonstrates how having a police officer on every campus makes a difference," MISD Superintendent Kimberley Cantu said. "Our MISD officer was there and responded swiftly to the call, as did our Timberview High School and early college high school staff and students and that danger was quickly contained. We are so grateful for the collaborative efforts of our law enforcement partners including Arlington, Grand Prairie and Mansfield Police Departments. Because when we needed them, they responded."

What you did not see at the high school were metal detectors. Matthews said that in his experience, unless school entrances and exits can be controlled like they are by the TSA at airports, they will not make a big enough difference.

"Hundreds of thousands of people, and they funnel everybody through there with no exception," he said, of the tight TSA control of airport access to gates and airplanes. Unless you can do that on a school, they're really not effective."

What the says was effective was a school and a district with a plan, much like those his organization has put in place across the United States.

"I would definitely give them high marks, yes," he said, of the Mansfield ISD response at Timberview.

"The safety and security of students and staff has always been and will remain our number one priority—both physically and social-emotionally," Mansfield ISD said on its website Thursday. "What happened can only be described as devastating, and we are providing the support needed in order for students, staff and families to process it in a healthy manner."