Bulky trash will be picked up once, every three months, across the designated pilot areas. Sanitation workers say the change is part of the city's green initiative. 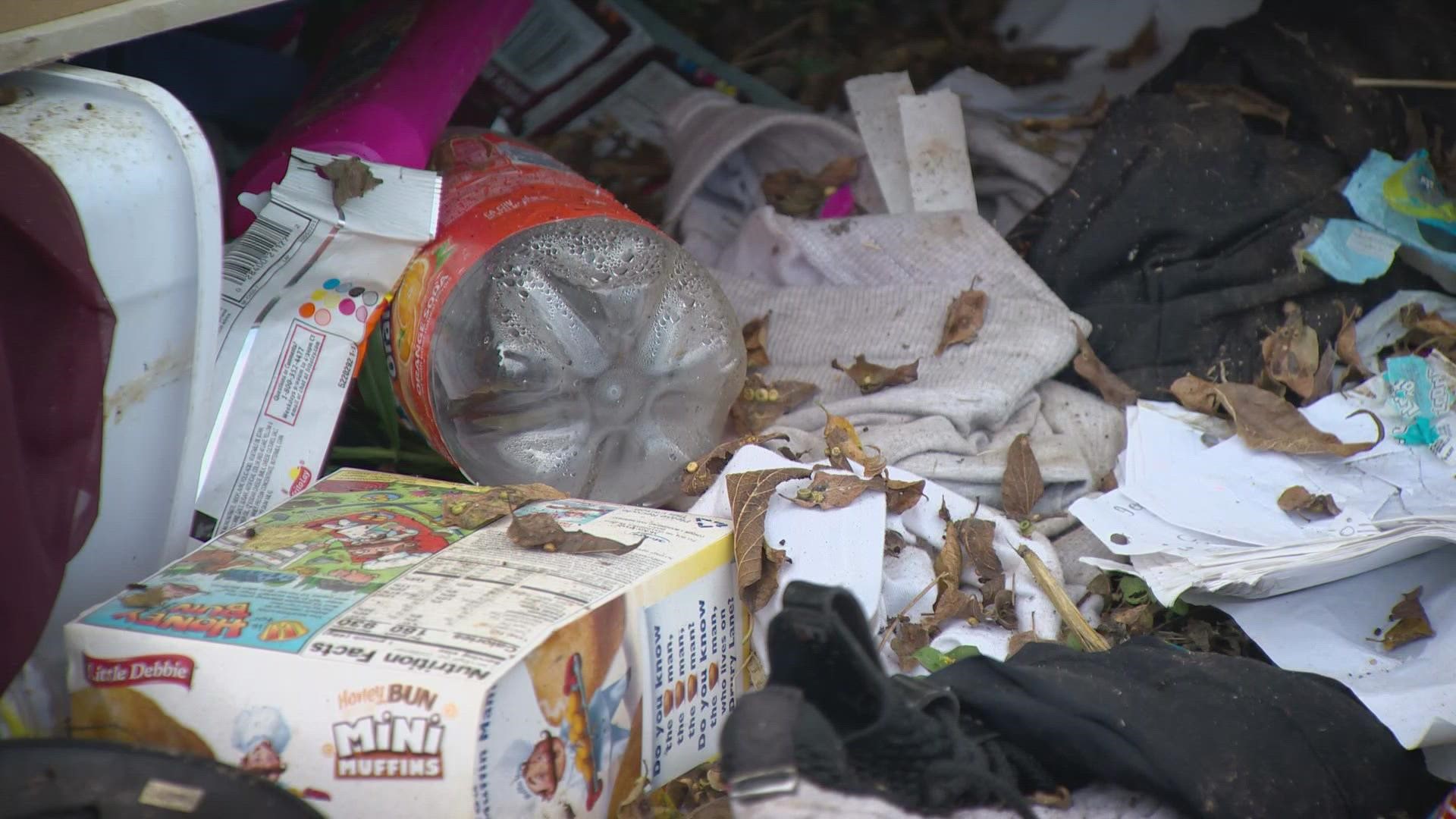 DALLAS — The presence of piles of bulky trash and brush can be a nagging concern for some neighbors across the City of Dallas.

Now, some residents are concerned, after getting notice about a new pilot program the sanitation department is spearheading. The initiative would reduce bulky trash pick-up in some areas. Cutting collection of bulky items from once a month to once a quarter.

“We’re definitely buzzing about it. We just want to know what’s really going on, and why our community are the ones that’s been picked for this,” said Khristine Harris, of the Oak Park North/Twin Oaks community.

The City of Dallas is launching a "Brush and Bulky Item Separation" pilot program between October and December 2021. The sanitation department is limiting bulky trash pick-up to once every three months. Regularly scheduled brush collection will continue each month.

So far, six communities have been identified for the pilot program. The neighborhoods include:

Administrators with the sanitation department say the rationale for the Brush and Bulky Item Separation pilot program is two-fold. Among the goals is promoting the city’s Comprehensive Climate and Environmental Action Plan.

“Under our present program, brush and bulky waste are picked up in one pile, in one set out at the curb, and it all ends up in the landfill,” said Clifton Gillespie, interim assistant director of Sanitation for Operations.

He said, under the pilot program, the city will be able to divert green waste, or brush, for beneficial re-use. That includes compost and mulch.

“Our current waste diversion rate is around 20%, and by being able to divert the brush that we collect citywide, we estimate that we will double that diversion rate to 40%,” said Gillespie.

The pilot program will also allow the sanitation department to streamline some of its services.

“Time and time again, what we observe as the most frequently used component of the program is brush collection,” said Gillespie.

Still, some neighbors are concerned the quarterly bulky trash collection, under the pilot initiative, could lead to dumping, blight and other quality of life concerns.

“People don’t comply to the dates to set out the bulk trash to begin with,” said Harris.

For now, the City is encouraging neighbors in the pilot areas to reduce bulky trash to what can be left in trash bins, or consider using the landfill and transfer stations for larger items.