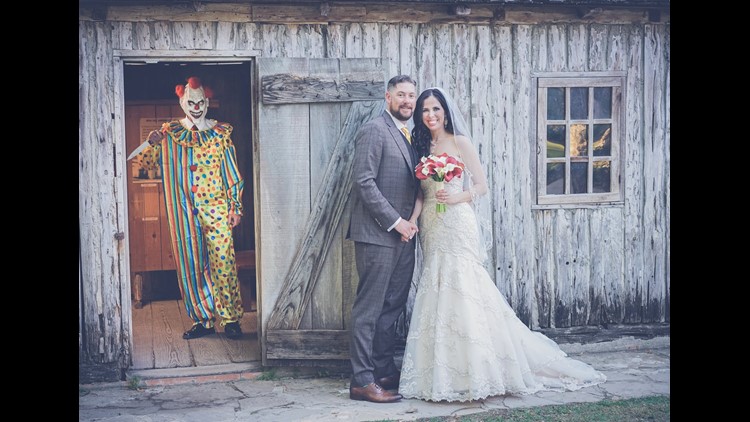 A San Antonio bride had no idea a killer clown was in the background of one of her wedding photos.

Manda Alexander actually didn't find out until hubby Vince Alexander gave her the picture one year later on their first anniversary earlier this month.

Check out the bride's reaction after seeing the spooky surprise one year later.

The picture was taken on their wedding day on March 25, 2017, and the pair married at the Witte Museum in San Antonio.

Megan Bowling of Pop of Color Images captured the photos.