"When I heard those brakes squealing and those tires screeching I knew things were about to get ugly," Michael Baley said. 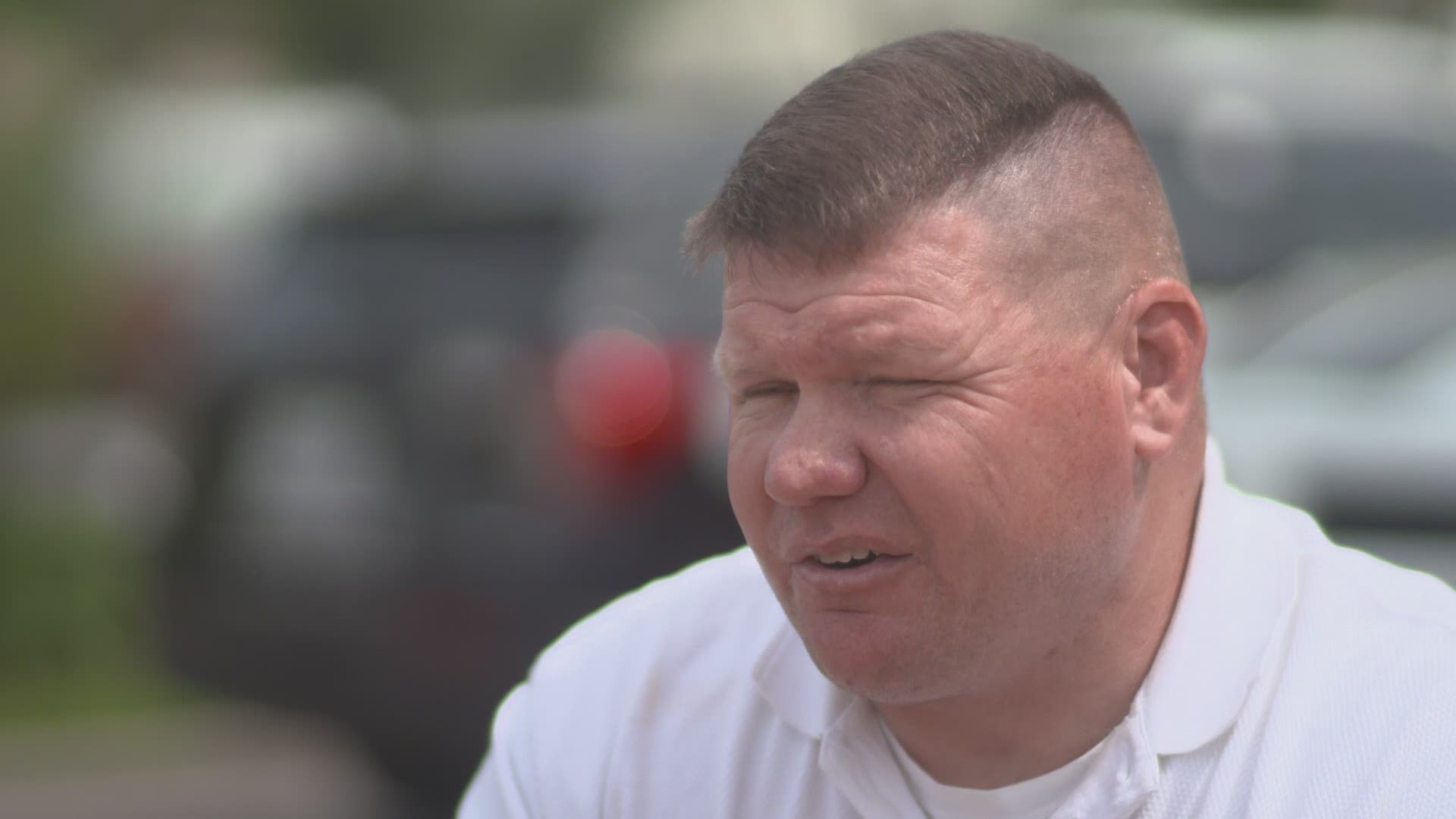 ROYSE CITY, Texas — Royse City police officer Michael Baley says there is no such thing as a routine day while working patrol. What happened on Saturday was everything but routine. If anything, it was one of the scariest moments of his life.

"If I had landed on concrete, I don't think we'd be talking today," said Baley, a 14-year veteran with the department.

Baley was on patrol Saturday morning when he was called to assist a driver on Interstate 30 near exit 76 in Rockwall. Baley parked his patrol vehicle behind the stalled-out vehicle as he normally does. He exited his vehicle to remove debris off the road when an SUV came hurling toward him.

"When I heard those brakes squealing and those tires screeching I knew things were about to get ugly," Baley said.

A jarring video taken from his body camera shows the split-second moment Baley walks down the grassy median and then turns to find the vehicle charging toward him.

Royse City Police Chief Kirk Aldridge got the call in the morning he never wants to receive: that one of his officers was hurt.

Fortunately, Baley landed on the grassy median. But it's his thoughts immediately after the accident while laying hurt on the ground hurt that are intriguing.

"I was laying there. I told my mom, my aunt Freya, and my mom's best friend Glenda...I said, 'Ladies, I have too much work for y'all to come for me today. I can't go with y'all. I miss and love you dearly but tell God I just need a little more time,'" he internalized. All the while Baley's fellow officers, civilians and Royse City Fire and EMS were on the scene helping treat him.

Baley survived what most do not. He has scrapes and bruises on his upper leg, calf, and forearm — but no broken bones.

Chief Aldridge made a conscious decision to share the video on social media so people could see what happens when drivers are inattentive. The chief is also hoping people will research Texas' Move Over/Slow Down law.

"We thought it was important for the public to see that. Slow down, move over, and pay attention," said Aldridge. He said DPS is handling the accident investigation and no charges against the driver have been filed at this time.

Drivers not following Texas' Move Over/Slow Down law is one of the top violations on Texas roads.

Baley and his wife have been married nearly 20 years and they have two sons he was relieved to see after the ordeal. One thing that is very evident about Baley is his faith. He said he made a pact with God before he enlisted the Army that he would be a servant by any means possible. He spent nearly 20 years with the Army and the National Guard. He's also a scoutmaster and proudly shows off his buffalo head walking staff he uses to help walk. He says he will continue to serve his church and community. He has not returned to work yet but hopes to do so soon.

"If there's nothing broken, there's more important work to be done," he said.