The woman filmed the whole thing. 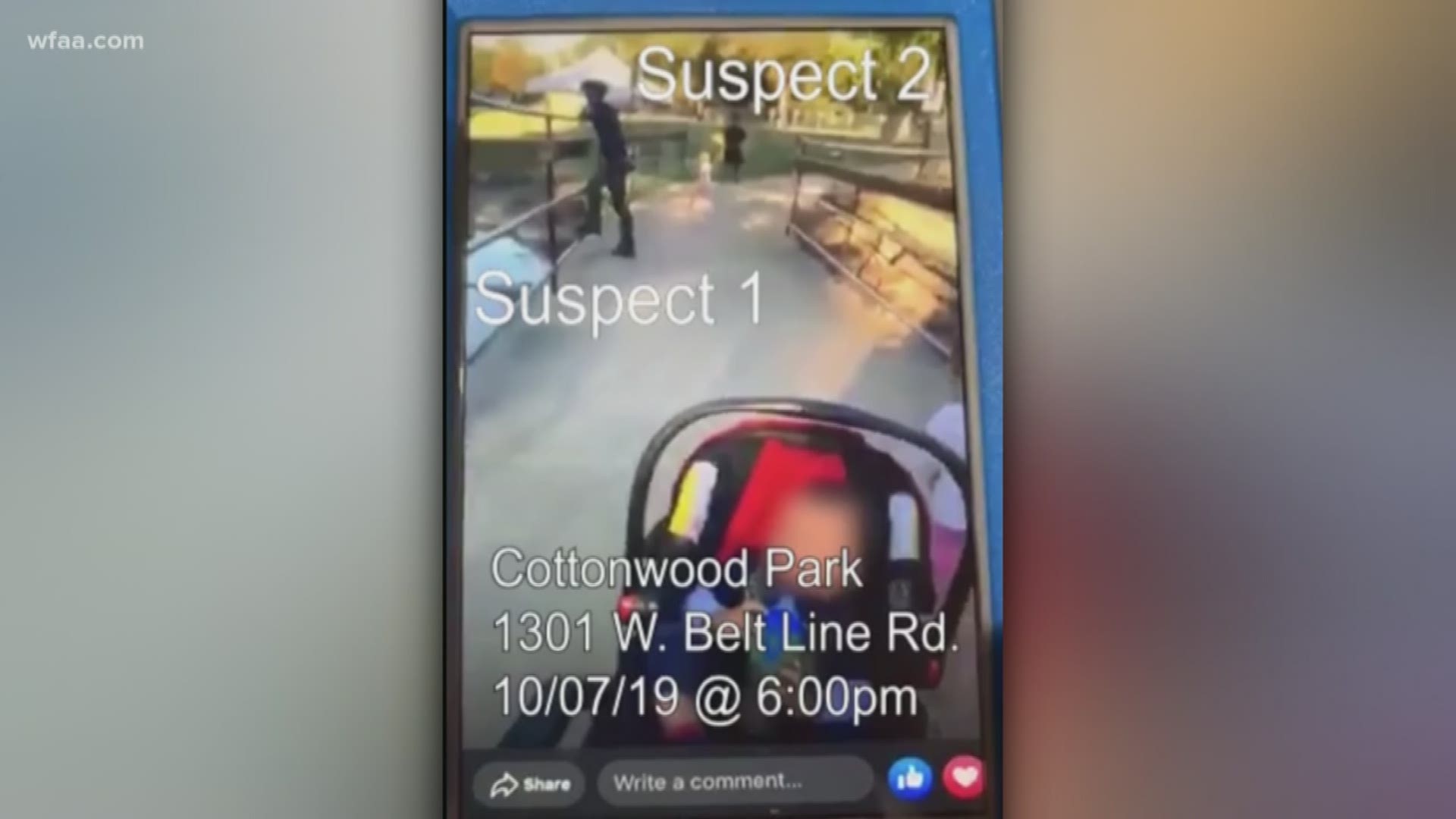 Richardson police are looking for two suspects who stole a woman's phone and threatened to kidnap her child Monday night in Cottonwood Park.

Police say around 6 p.m., a woman was walking in the park with her three children. As she crossed a bridge, two suspects stole her phone. She got the whole thing on video, apparently on Facebook Live.

The woman handed over the phone, and the suspects ran away without harming the woman or any of the children.

Police describe the suspects in their late teens and wearing all black. The man who was leaning over the rail is wearing pants, with thick hair on the top of his head and closely shaved hair on the sides. The other suspect, who picked up the child, is wearing shorts.

If you have information about this crime or may be able to identify ether of the two suspects, contact Richardson Police at (972)-744-4800. You can remain anonymous.