WFAA reached out to 20 school districts in North Texas about vaping data. Seven are keeping numbers readily on hand. 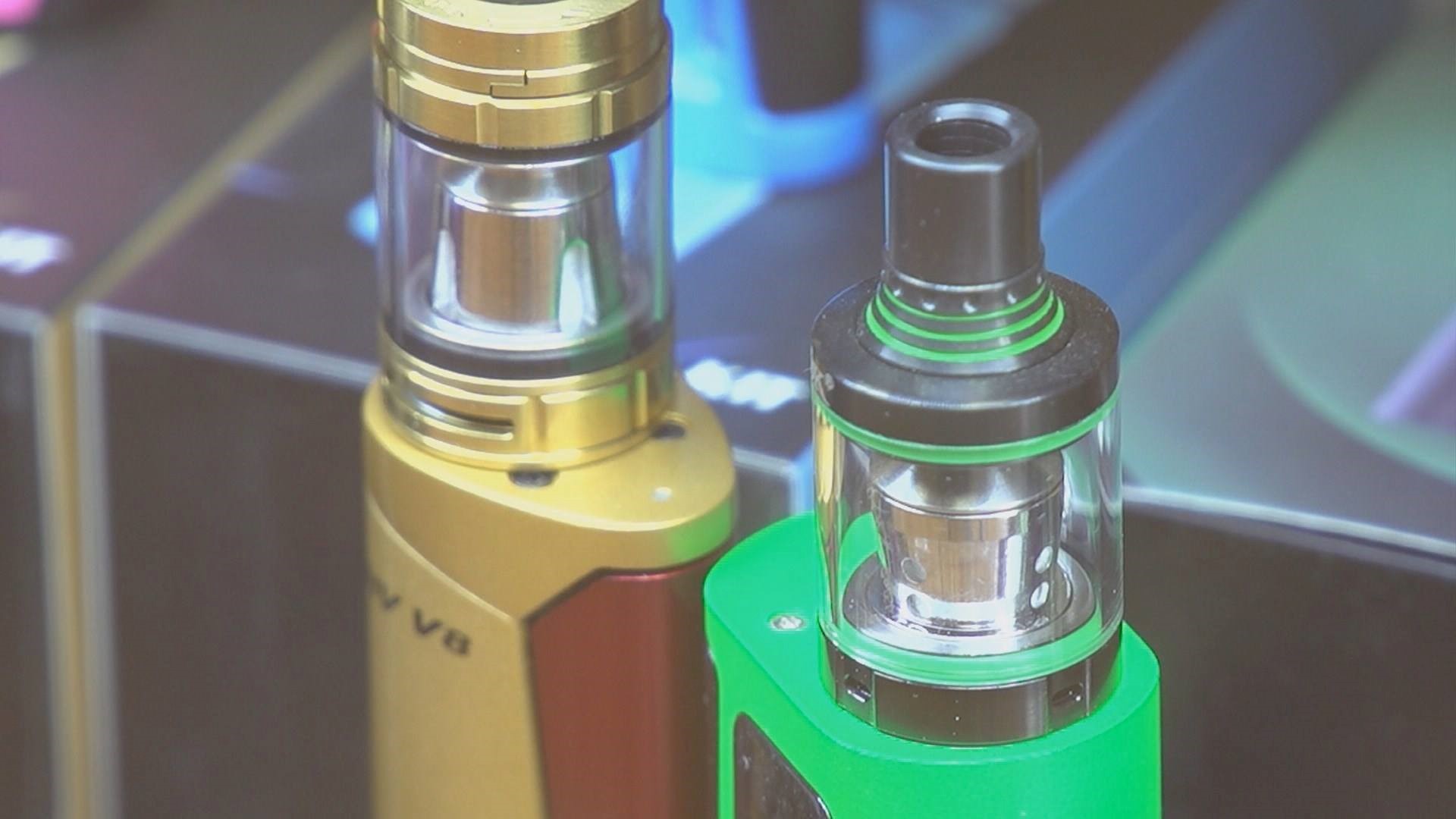 DALLAS — This story has been updated with clarification of Richardson ISD's disciplinary actions. Students were expelled after they were arrested on drug charges. There were 23 such cases, less than school officials initially reported.

As the Centers for Disease Control and state health departments nationwide take a harder look at dozens of sudden, severe lung illness cases linked to e-cigs, one North Texas school district is collecting a lot of data regarding vaping.

The CDC said during a teleconference call with media last week that 193 cases of severe lung illness connected to vaping have been reported by 22 states.

The Texas Department of Health and Human Services is now investigating 13 cases, two of which have been confirmed.

The abrupt interest comes after Illinois health officials said last week that an adult died due to vaping.

RELATED: Illinois patient's death may be first in US tied to vaping

The FDA, however, is testing products that were used by sick patients to see if there's a common link in any e-cig compounds or if those compounds are illegal in nature.

Some recurring e-cig compounds aren't harmless and can contain heavy metals, cancer-causing chemicals, volatile organic compounds, and some flavoring that might cause pulmonary issues.

Health officials with the State of Texas asked anyone who had a sudden unexplainable respiratory illness to record everything about it and to keep their e-cig for possible testing by the FDA.

Doctors say the illnesses resemble an inhalation injury, with the lungs apparently reacting to a caustic substance. So far infectious diseases have been ruled out.

Symptoms include shortness of breath and chest pains, and some patients have experienced vomiting and diarrhea.

Most of the cases involve teens and young adults.

What are your schools doing?

In light of the surging lung cases, WFAA reached out to 20 school districts in North Texas, asking if they train staff on how to spot e-cigs and if they're tracking how many vaping products they confiscate from teens.

Below are responses from each district. Out of them all, only 7 districts were able to provide data right away.

The district that has the most detailed numbers is Richardson ISD.

On Wednesday, the district told WFAA that it confiscated more than 200 e-cigs during the previous school year.

Since school has started, the district has taken up six e-cigs from students.

School leaders handed out 114 disciplinary actions to students who had e-cigs since the previous school year, according to a district spokesperson.

And 23 students have been expelled after they were accused of vaping a banned substance, such as THC. The district spokesperson said the students faced expulsion after they were arrested on felony drug charges.

Below are responses from school districts who have gotten back to WFAA so far.

"We do not allow vaping or vaping paraphernalia – it is under our prohibited items list in our student code of conduct. The consequences are alternative school placement. As for numbers, we wouldn’t have it broken down to that level [how many confiscated]. I do know our counselors have identified it as a growing problem with the teens."

"Argyle High School had approximately 20 students use/possess a vape last school year either on campus or during a school-sponsored event.

As reflected in the district policy, the student may be required to complete a reading/writing project over the use of nicotine products and the damage of vaping in addition to the assigned discipline listed above."

"Birdville doesn’t track vaping devices in our coding system. Therefore, there is not a way for me to track the number of devices picked up last school year. Since we are only on the fourth day of the 2019-20 school year, I was able to ask our four high schools how many devices that they have taken up this year. That would be one."

CISD confiscated about 70 vapes during the 2018-2019 school year districtwide and has had one instance so far this school year. We continue our efforts to educate our students and parents about the dangers of vaping and the consequences associated with these incidents."

"We don’t track the number of devices we confiscate, and unless we use them for parent education we destroy them. However, we estimate we confiscated well than over 100 last year from elementary to high school. Most in middle and high school."

"Electronic cigarettes are not allowed, per the Student Code of Conduct and students would be disciplined accordingly. We define vaping as an e-cigarette."

"We don’t keep stats on confiscations."

"We've been in school one day and luckily none have been confiscated yet. Our data from last year is below: FHS - 7 FJH - 2."

"Tobacco Use Students shall not possess or use tobacco products, including but not limited to cigarettes, cigars, pipes, snuff or chewing tobacco, e-cigarettes, while under the school’s jurisdiction. Students in violation of this policy may receive up to 3 days of OSS suspension and / or receive a referral to the School Resource Officer."

"When a vaping device/e-cigarette is found on a student, the device is confiscated. This is done by the School Resource Officer. The number of devices confiscated is not tallied.
Our Code of Conduct simply states: All forms of E-cigarettes are prohibited."

"We do not have specific data on just vaping. We have a tobacco category of offenses.

We do have a strict policy on tobacco and electronic cigarettes."

"We haven’t had any taken up yet."

"Unfortunately, we don't have the additional data you requested available at this time."

"We did not confiscate any at the police department last year."

"We have disciplined a total of 16 students during this school year for some type of vape-related incident."