'I don't know how you can live with yourself': Reward increases as Dallas family pleads for road rage killer to surrender

Chris Murzin was killed on I-20 two months ago. His killer still has not been found. 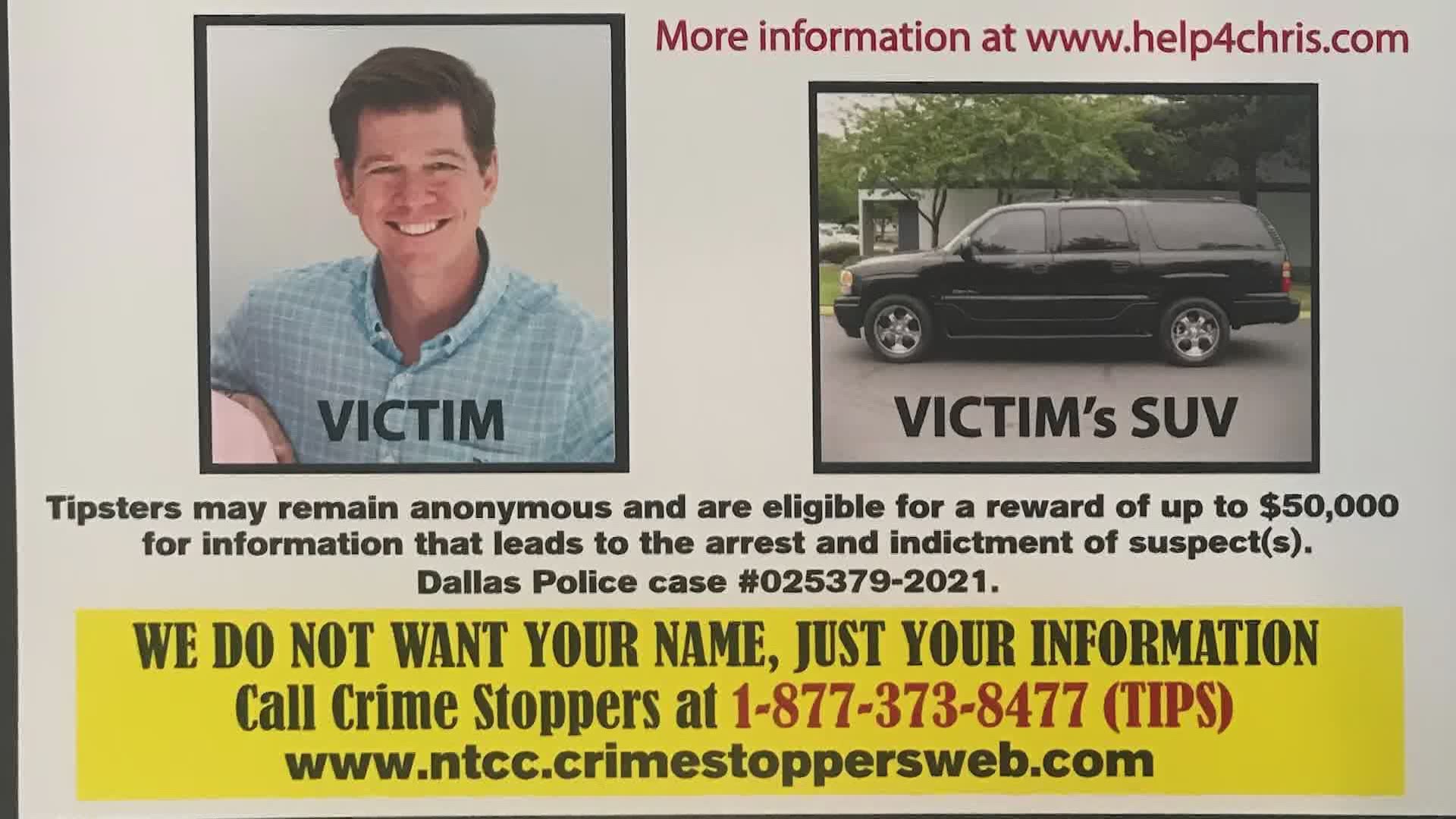 DALLAS — Chris and Christina Murzin should be celebrating their 28th wedding anniversary later this month. Instead, Christina is raising their three children alone and trying everything she can to help catch her husband's killer.

"I know police are doing all they can. But I have to do all I can to," she said from her home in Dallas. "Because he deserves justice. No one should get away with murder. "

On Feb. 11 around 1 p.m., Chris Murzin, on a business trip from Tyler to Abilene for his work in medical equipment sales, was driving west on Interstate 20 near the S Polk exit ramp when he was shot.

A 911 caller reported the potential suspect vehicle as a small silver SUV. Police found Murzin in his vehicle with a gunshot wound. He died at a nearby hospital.

RELATED: Investigation underway after man gunned down in vehicle on LBJ Freeway

Dallas police, unable to make an arrest in the past two months, believe his death might be the result of road rage.

But with extensive news coverage focused on a massive pile-up on Interstate 30 in Fort Worth earlier that same day and the record deep freeze that followed, Christina fears her own family tragedy may have gotten lost in the shuffle.

"It's not right that Chris is dead and the person that did this is out living their life like normal. It shouldn't be this way for anybody," she said.

Interviewed at her Dallas home two months after Chris was killed, Christina Murzin is trying to keep life as normal as possible for their three children, including a son with special needs.

"We talk about Chris, but it's still so raw and painful. It's just hard," she said. "Just all the milestones that we looked forward to are happening and Chris isn't here to experience them."

On Saturday morning, Christina Murzin and a group of friends will be posting reward posters in the area near where Chris Murzin was killed.

The Crime Stoppers reward, thanks to donations from family and friends, is now $50,000 for information that leads to an arrest.

RELATED: Crime Stoppers will pay up to $50K for info leading to arrest in unsolved homicide case

"I don't know how you can live with yourself," Christina said when asked what she'd say to the person who shot her husband. "And how you can be out there doing your normal daily activities when my husband's dead, my kids' dad is dead and we're just having a void. Please turn yourself in."

You can send your anonymous tips to Crime Stoppers at www.ntcc.crimestoppersweb.com or by calling 1-877-373-8477 (TIPS).

The Dallas Police Department is asking for anyone with information regarding this investigation to contact Homicide Detective Tonya. McDaniel, #8890, at 214-671-4236 or by email at tonya.mcdaniel@dallascityhall.com. Please reference case #025379-2021.

And if you would like to help the Murzin family, a GoFundMe page can be found here.