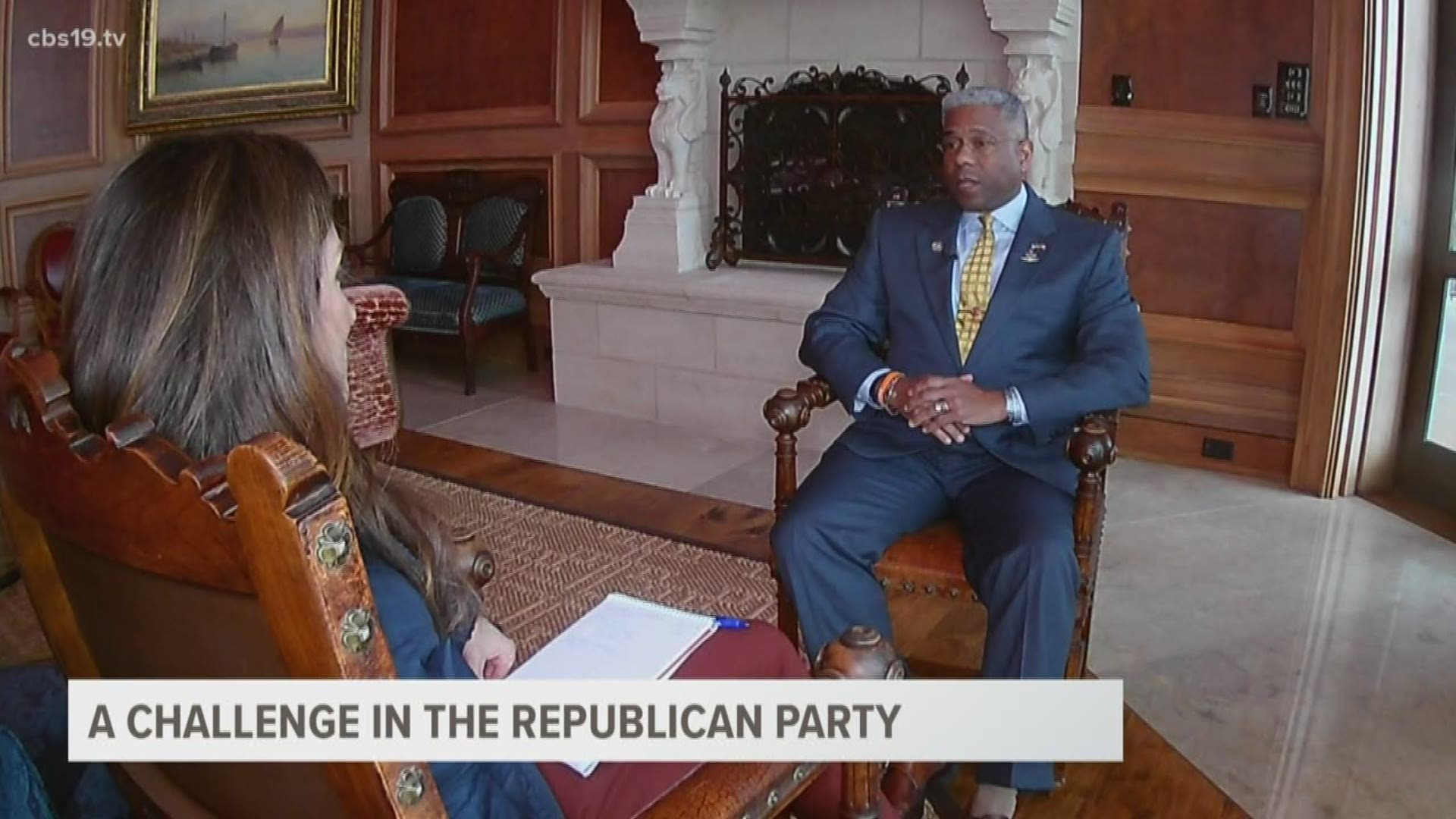 WACO, Texas — **EDITOR'S NOTE: The video above is from a CBS19 exclusive interview with Ret. Lt. Col. Allen B. West in January during a campaign stop in Longview.

Ret. Lt. Col. Allen B. West is stable at a Waco-area hospital after being involved in a motorcycle wreck Saturday afternoon. West is currently running for the Texas Republican Party chairman.

According to a Facebook post from West's campaign, the former U.S. representative from Florida is undergoing assessment after being airlifted to a hospital. West was reportedly riding his motorcycle outside of Waco when a car cut him off, causing him to collide with another motorcyclist.

West’s wife, Angela Graham-West, had posted to Facebook she was en route to the hospital.

West moved from Florida to Texas after leaving Congress in 2013. He served one term and once called for then-President Barack Obama’s impeachment.

Details are limited at this time, but CBS19 will update this article as more information becomes available.