Community demands answers as to why ceilings are leaking at the newly-renovated South Oak Cliff H.S.

The school reopened in January 2020 with $52 million top-to-bottom renovations. But now the community is asking for answers as to why the ceilings are leaking. 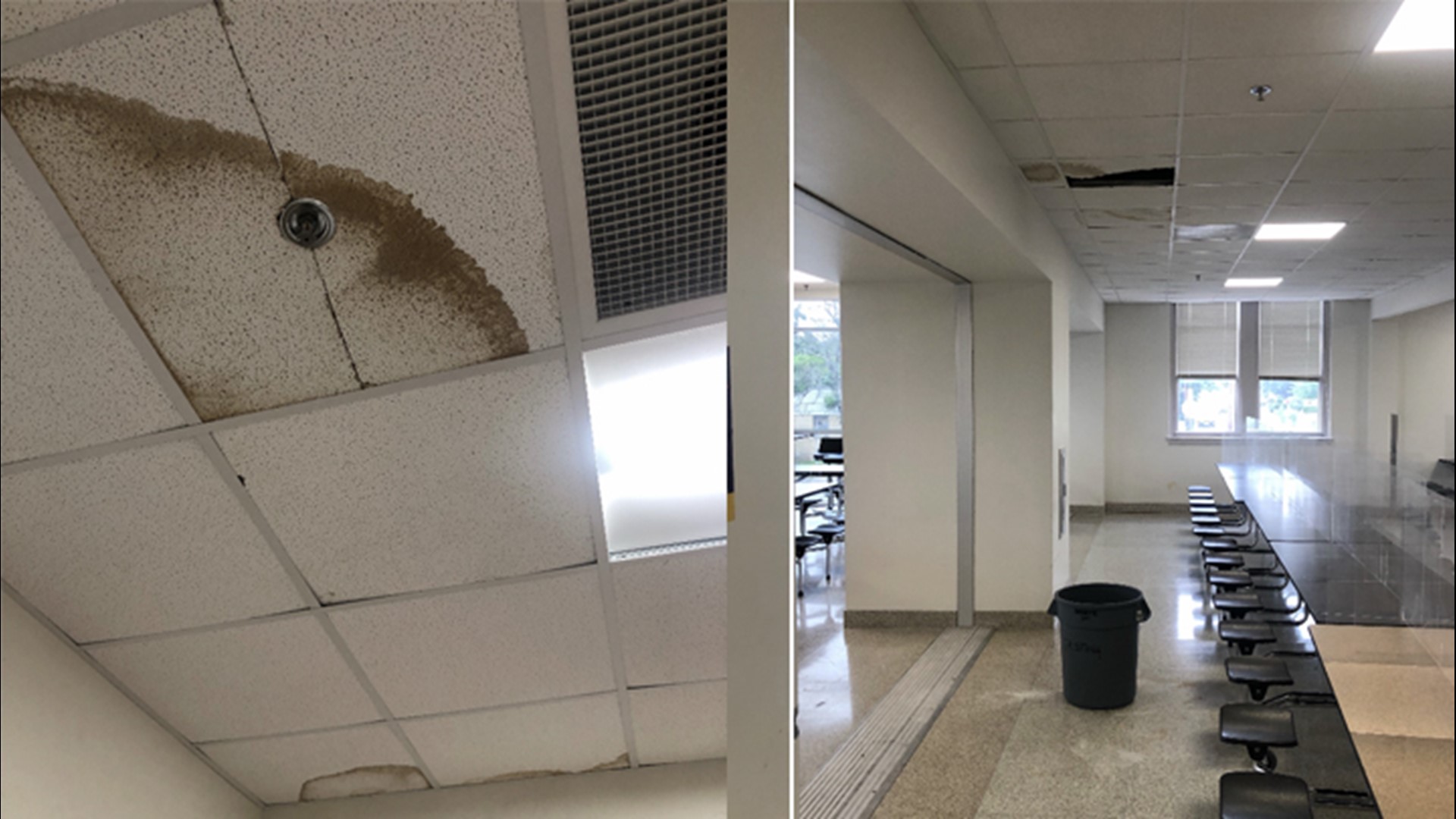 In the school's reopening in January 2020, students marveled at the $52 million top-to-bottom renovations at the school. But now the community is asking for answers as to why the new campus has leaks and they want the issues fixed. Pictures and videos shared with WFAA showed leaking ceiling tiles inside the school this week, several of which were stained or missing. There were trash cans collecting water in some areas. Staff and students are having to relocate to different areas of the building.

"Weather has a way of revealing weak points, and that’s what this rain is doing right now," said Rev. Horace Bradshaw, who is also president of the South Oak Cliff Alumni Bear Cave. "The same conditions that we had before the renovations are still going on."

These parts of the building are under warranty and the contractor will repair it, said district spokesperson Robyn Harris. The district is holding them accountable for deficiencies. The rain has caused delays but repairs are ongoing.

Harris said the district is removing an old condensing water pipe from an old cooling tower that was penetrating the roof. The district is building a cap to seal the roof penetration.

"The drain for the cooling tower clogged causing leaks in the cafeteria. We have unclogged the drain and repaired the affected area," Harris said. "We are also having the cooling tower and the condenser loop chemically treated so that no clogging can occur."

Dallas ISD says representatives have been proactively meeting with campus staff and the community about the issues.

The school had maintenance issues three months after it was unveiled to the public. There was a leak that caused sewage to spill out on the campus.

The previous campus also had issues. Students at the time shared videos on social media of rodents inside the school, termites, flooding, mold and drinking fountains covered with bags after water contamination concerns were revealed.