Mid Cities Pee-Wee Football and Cheerleading Association says they will tighten procedures for those who work with kids. 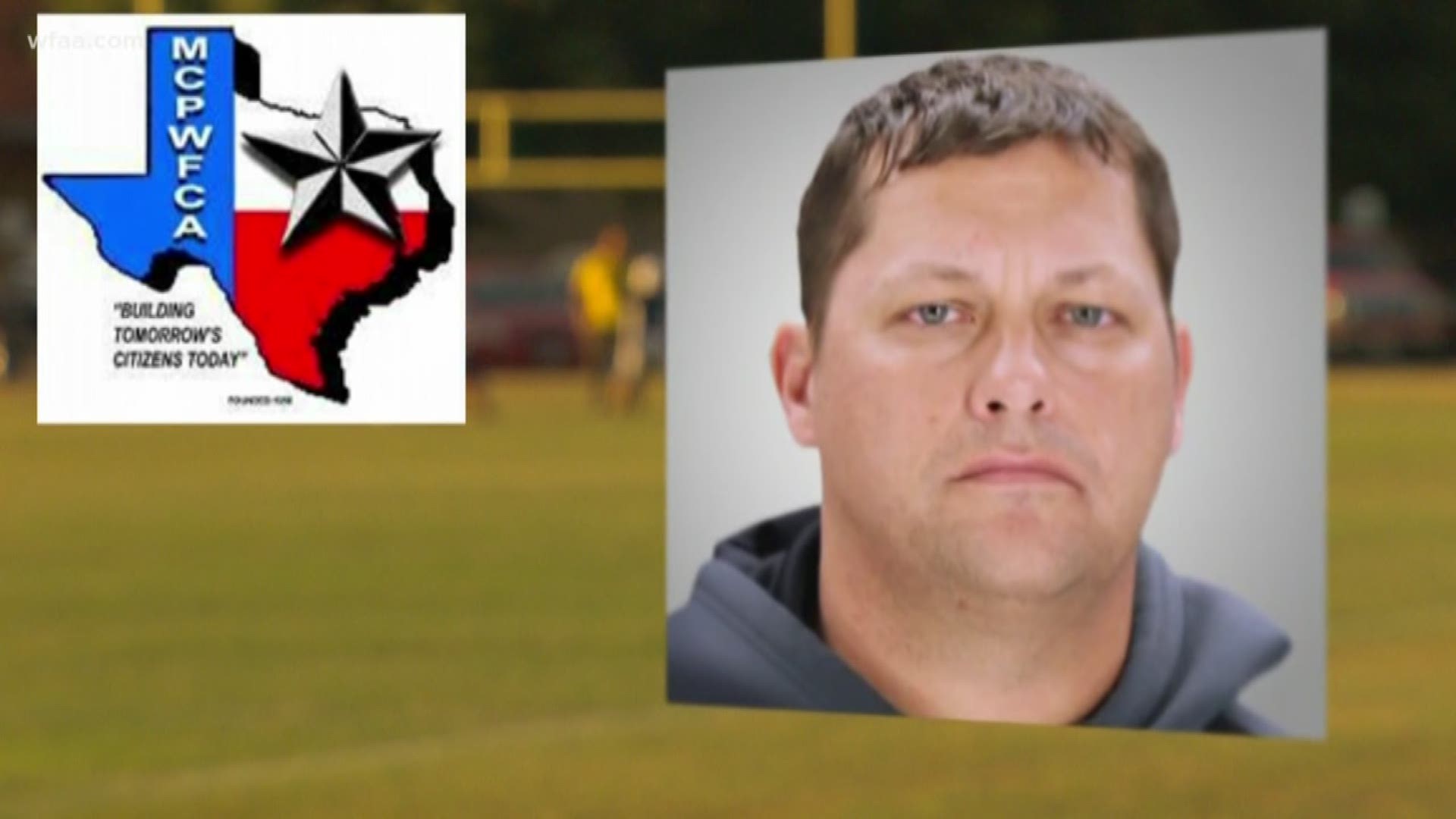 EULESS, Texas — A former DISD coach who is a registered sex offender has been coaching pee-wee football in the Mid Cities, according to another coach who says he discovered his status in a Google search.

James Tillotson, a head coach with the Mid Cities Pee-Wee Football and Cheerleading Association, claims the league's background check process failed to flag the history of Philon 'Sam' Deberry, who is required to register as a sex offender in a state database and is on probation for sexually assaulting a 17-year-old student when he was a DISD coach several years ago.

"When I actually Googled it and typed in his name, it's right there," said Tillotson.  "Very easy to find. And I was astonished."

Tillotson said that Deberry had been by his side for years, helping him coach a team in the pee-wee league. He said both their sons are on the same team and they were even family friends, sharing birthdays together for the children. But Tillotson said he was unaware of his past until another parent told him over the weekend.

"I believe somebody who has committed that offense, their rights stop when it comes to my kids' safety. Honestly, had I known, my kids would not be a part of this league," he said.

The Mid Cities Pee-Wee Football and Cheerleading Association serves boys and girls up to 7th grade. The league says coaches are required to submit to background checks.

League officials declined an on-camera interview with WFAA, but in phone conversations, they said Deberry never received a background check because he was not an official assistant coach, simply a parent. They also say it was Tillotson's responsibility as head coach to get the driver's license of anyone helping to coach the team for a background check.

"This year I did not do that with his license because I did not have to. He actually went into the league office and filled out an application. And he submitted his own identification," Tillotson said.

Deberry did not respond to WFAA's request for comment.

League officials said that they would prevent anyone from coaching if they are registered sex offenders. They added in a later statement that they determined Deberry is not barred from being around children, and his presence at practice and games is limited to the same attendance rules as the general public.

Officials also said moving forward, no one will be able to assist head coaches without getting approval from the vetting process. They said Tillotson could face disciplinary action for failing to report Deberry's role.

Tillotson said it should not have happened, and that it was the league's oversight. He said he has submitted Deberry's driver's license in the past.

"I don't know how the league could have missed it," he said. "You're paying for a service. You expect the league that you're a part of to fulfill their obligation."