Reflections on MLK Day after a difficult year...and 6 days

"It is ugly but is not something that we cannot overcome," said Rev. Peter Johnson about the US Capitol riots. "Ain't no doubt about it. We've overcome worse." 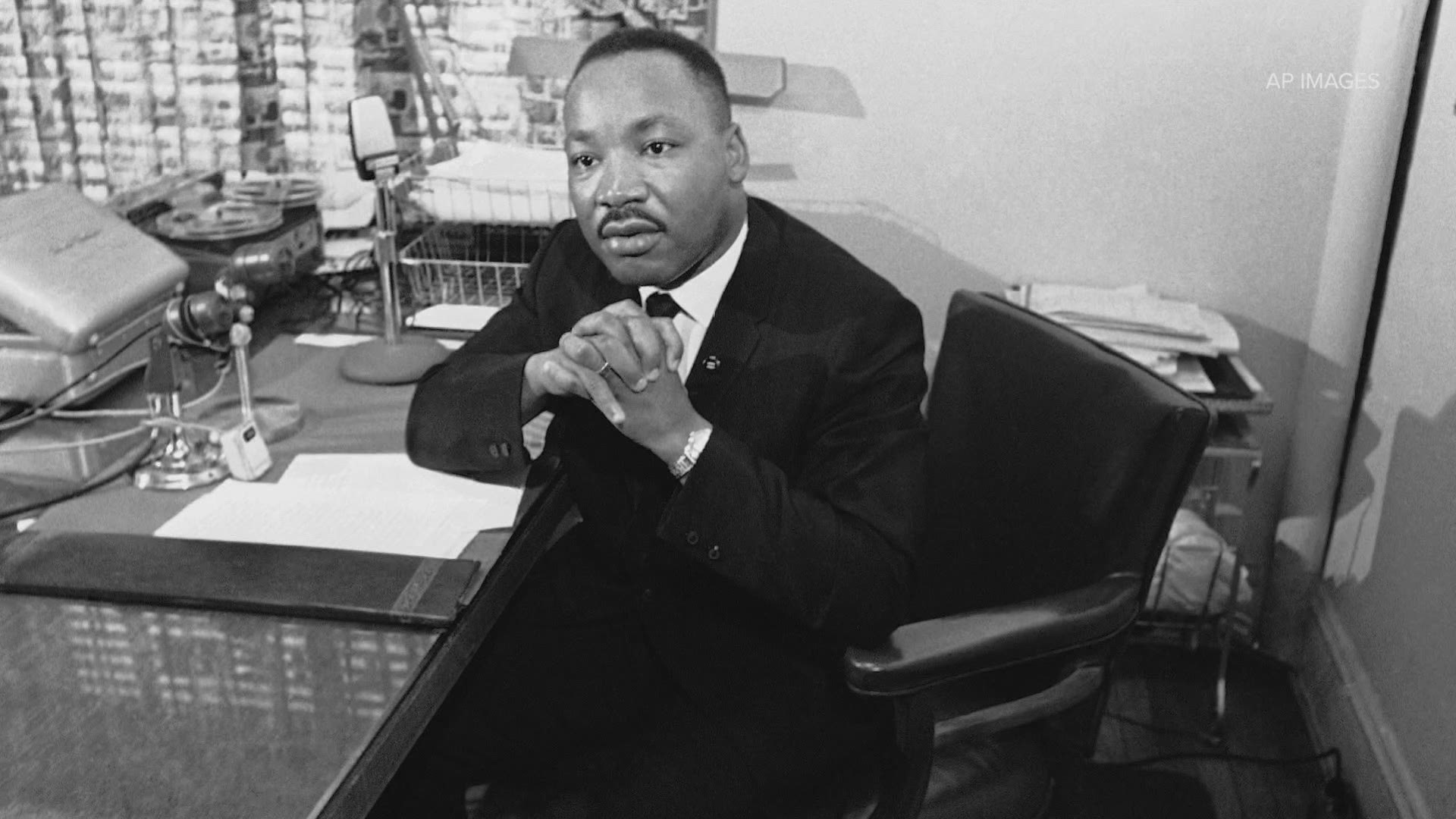 DALLAS — In the events of the last two weeks, namely the insurrection and riots at the nation's Capitol, civil rights and religious leaders in Dallas see a troubling continuing theme. But, in the last twelve months as a whole, they can also see reason for hope.

Johnson said it was not a good day for him because so many of his civil rights icons, activists, and friends, like Congressman John Lewis, Ralph Abernathy, and Julian Bond, are no longer with us. But he also made the comment with the events of Jan. 6 in mind.

"The disease of racism and hatred and bigotry, we have not cured the disease. So the disease still exists," he said of the images of some rioters carrying Confederate flags and wearing emblems and clothing associated with white supremacist groups.

RELATED: Wylie man, believed to be member of 'militia extremist group,' arrested in connection to US Capitol attack

"We changed laws. We did not change hearts," he said.

"It's different because in the last 12 months we have seen so much," added Rev. Bryan Carter of Dallas' Concord Church when asked for his reflections on MLK Day 2021.

The twelve months he referenced included the nationwide protests over the death of George Floyd, a pandemic that continues to hit minority groups the hardest, and then, the riots at the Capitol.

"Racism and these dynamics have really been exposed in this season," Carter said. "And so this is a different year because it reminds us how much work we have to do."

And in that work is where both men also allow themselves to see hope.

Johnson recalled one of the last conversations he had with his late friend, the civil rights leader Rev. Ralph Abernathy.

"He said to be strong, don't give up and be patient. There's a generation of children coming."

RELATED: While I have your attention

He says he saw those children in the nationwide protests last year: young people, Black, white, and brown, joining hands across the country to fight against racial injustice.

Brianna Brown, deputy director of the Texas Organizing Project, admits her life is a far cry from the world her sharecropper grandparents had to endure. But, she admits she still carries two cell phones.

"Just in case something happens and I need to like, record on one and call for some help on the other," she said. But she also admits she sees promise in protests that brought people of all races together, and she sees promise in the election of Kamala Harris as America's vice president.

"It's not just the responsibility of Black folks, or folks of color or people on the margins," she said of the continued fight for equality. "But a call of action for all of us. There is something we all can be doing."

"And that's part of what Dr. King was about," Carter added. "He said listen, this work of injustice, this struggle, it doesn't end with me. It doesn't end in Memphis. The work continues on. It's a reminder that this day, this dream and this work that he started, we cannot stop. We have to continue each and every day."

"It is ugly but is not something that we cannot overcome. We can overcome this," Johnson added. "Ain't no doubt about it. We've overcome worse."

"His legacy should be challenging us to continue his work."