Update: The Red Cross says the shelter has been closed, as of noon June 10. Original story appears below. 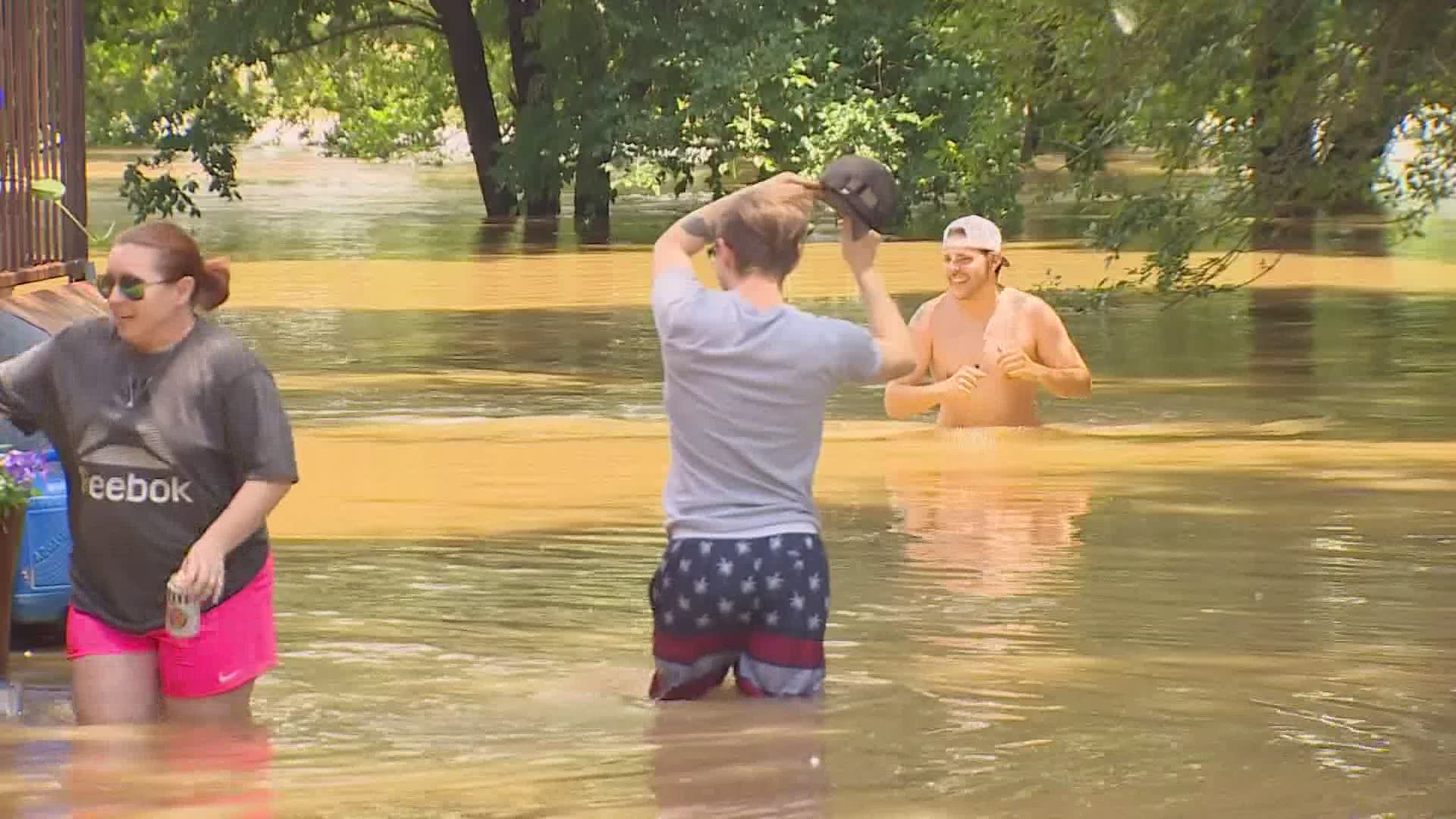 PARKER COUNTY, Texas — Many people who live along the Brazos River in Parker County are contemplating whether to evacuate their homes or stick it out until the flooding subsides in the upcoming days. And there are some residents who are stranded as roadways in and out of neighborhoods are completely submerged.

It has rained so much in North Texas that two dam gates were opened and a third dam gate was closed Tuesday morning at Possum Kingdom Lake's Morris Sheppard Dam, according to the Brazos River Authority.

People living downstream along the Brazos River are experiencing flooding. But many homes are outfitted and placed on lifted risers. Still, some structures were submerged. Some rescue crews have responded to the area to bring people to higher ground.

People on the river said they had good warning and got most of their stuff up high.

Right now, some are without power (they say that was unexpected). Others are working to rescue cows.

One couple was rescued with their 7 pets. pic.twitter.com/dtsL3VupV7

A Flood Warning was issued for:

At the Brazos River near Dennis on Tuesday the stage was 23.4 feet at 1:30 p.m. The flood stage is 21.0 feet, according to the National Weather Service.

At the Brazos River near South Bend at 1:30 p.m. Tuesday, the stage was 24.2 feet, and it's expected to fall Wednesday afternoon.

According to the NWS, the river is expected to rise to a crest of 24.9 feet early Wednesday afternoon. It will then fall below the flood stage late Thursday evening.

Do not drive cars through flooded areas. Caution is urged when walking near riverbanks. Area residents can sign up for downstream alerts here.

The American Red Cross opened a shelter for residents of flooded areas of Parker County on Tuesday.

The Red Cross said people near low-lying areas along the Brazos River are especially susceptible to flooding and should take immediate precautions.

Red Cross teams will be on-site and available at 10 a.m. at Spring Creek Baptist Church of Weatherford at 100 Spring Creek Rd.

For those who'd like to help, the Red Cross said they can help people affected by disasters like tornadoes, floods and countless other crises by making a gift to American Red Cross Disaster Relief at redcross.org or call 1-800-REDCROSS. Gifts enable the Red Cross to prepare for, respond to and help people recover from disasters big and small.