Organizers of a food donation expected 1,500 people. Many more families showed up. 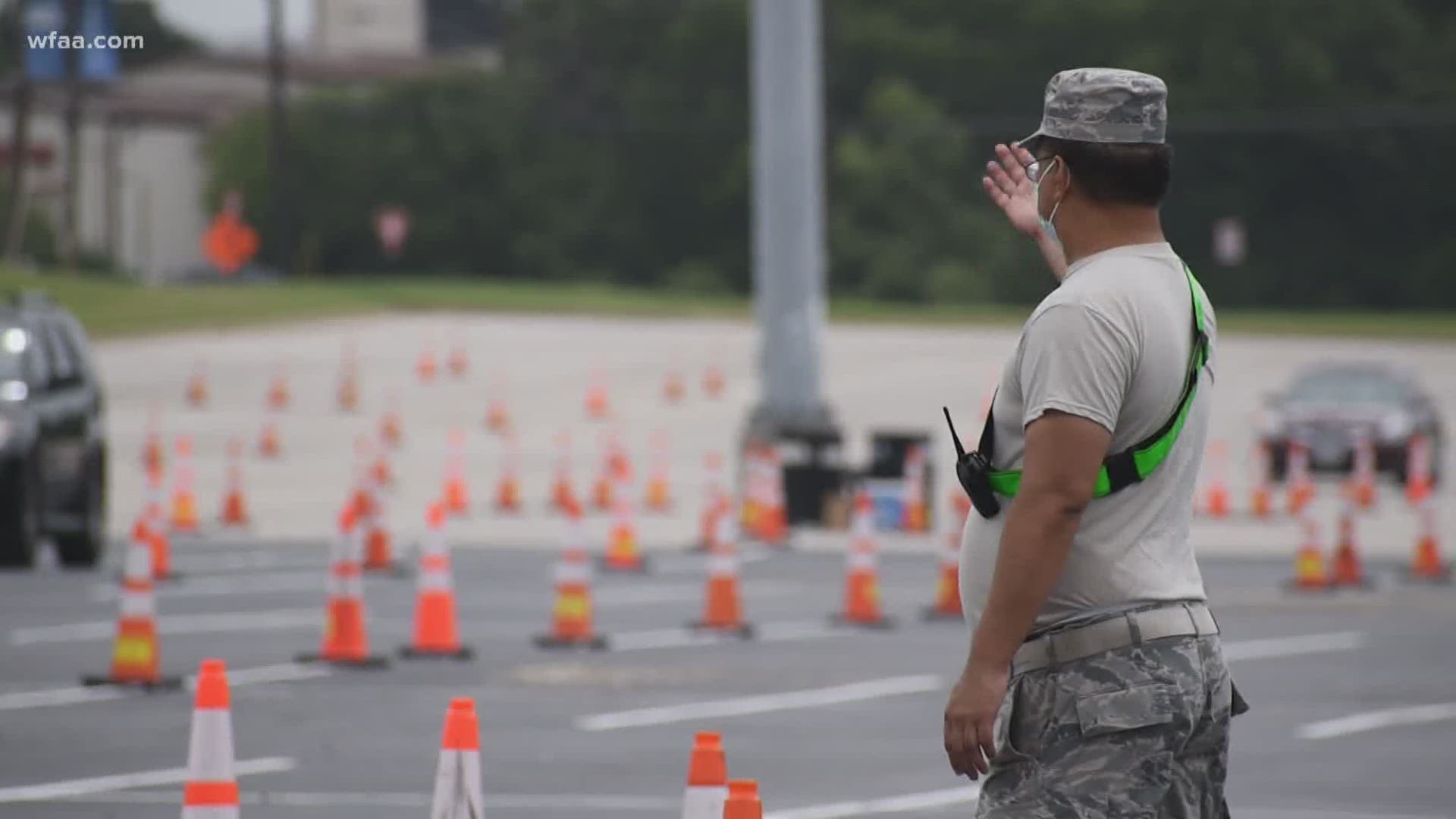 Organizers expected 1,500 people to come pick up free groceries at the drive-through event outside Globe Life Field. More than 2,300 families showed up, making it the organization's largest event, organizers said.

“After the COVID-19 crisis hit in March, we saw the need spike,” said Charles Boswell, TAFB executive vice president. “There were so many people because of all the closures that were thrown out of work just overnight, that for the first time had to get in line for food that never had to before.”

TAFB teamed up with the Air National Guard to pack each car with 100 lbs. of groceries, including meat, fresh produce, two gallons of milk and non-perishable items.

Among those waiting in line was Earl Walker, who says he was recently laid off.

He and others are heading into a holiday weekend, where instead of planning a party or a trip, have to choose between putting food on the table and paying rent the first of the month.

That’s why Ron McDowell, who drove his neighbor to the site, is appreciative of the TAFB’s efforts, even if the relief is only temporary.

For those unable to attend Tuesday’s event, the TAFB hosts 300 similar but smaller events every month.