Public mural project at center of controversy in Fort Worth

Artist J.D. Moore said he was removed from a public mural project after months of volunteering time and talent. The City of Fort Worth is now reversing the decision. 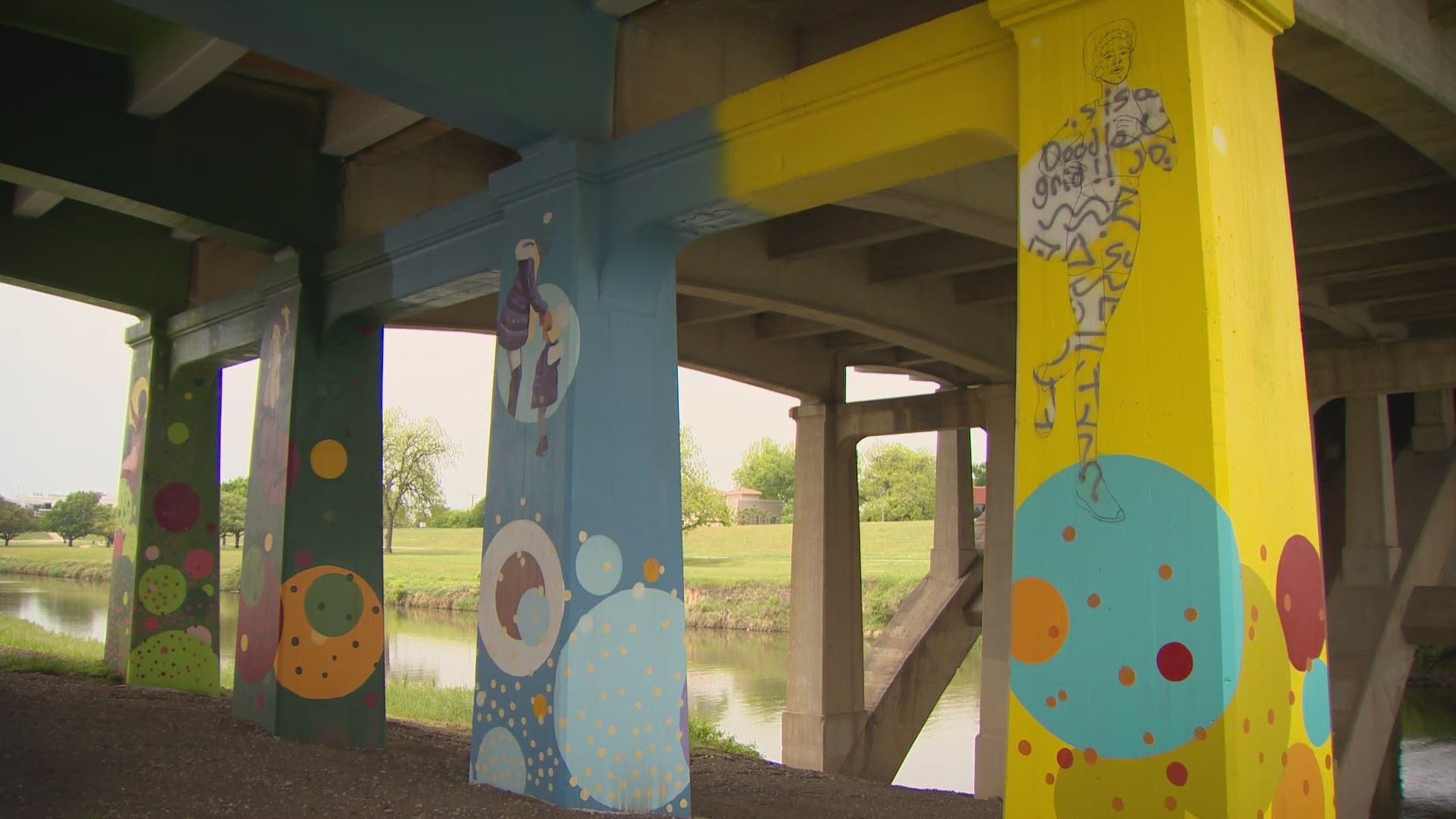 FORT WORTH, Texas — A series of elaborate murals are on display under the N. Henderson Street bridge at Panther Island in Fort Worth.

Local artist J.D. Moore has been working on the public murals since late 2020. He said the project is nearly completed.

“My practice is portraits. I paint portraits,” said Moore.

The public art display is now at the center of controversy.

Moore went on social media this week claiming a representative from the City of Fort Worth notified him they were removing him from the project, and would find someone else to finish the mural.

Moore said he has been volunteering his time on the mural for months. He said nearly six of eight pillars he was asked to design for the Graffiti Abatement Program are completed. The artist said one of Fort Worth Parks and Rec superintendents called him this week.

“They made the decision that I’m taking too long and that we want to go a different direction as far as artists,” said Moore.

The artist claimed the city official told him if he returned to the site, he would be trespassing.

According to a spokesperson with the City of Forth Worth, Moore failed to complete deadlines he allegedly agreed to in March, and an extended deadline in April. On Monday, staff contacted the artist to advise him the City would be completing the project.

"They mentioned that this wouldn’t be a paid situation,” said Choke the Artist.

She is another local visual artist who said a city staffer contacted her and asked her to finish the mural Moore started.

"I think it’s a slap in the face, and I honestly think the entire program needs to step up and apologize,” said Choke.

Members of the Dallas-Fort Worth arts community have issued a call to action. They are supporting J.D. Moore and pointing out he was volunteering his talents and working on his own time.

"This is an epidemic in this area where artists are constantly being exploited,” said Choke.

The City of Fort Worth advised it is reconsidering its decision and offered Moore a chance to complete the project.

Moore said he would love to complete the mural. He would like to meet with his attorney and city officials to discuss plans moving forward.