Fort Worth councilwoman pushing for creation of independent police oversight board

"Protesters all over the country are crying out for change. Not more talk. Not more delays," Councilwoman Ann Zadeh wrote on Facebook 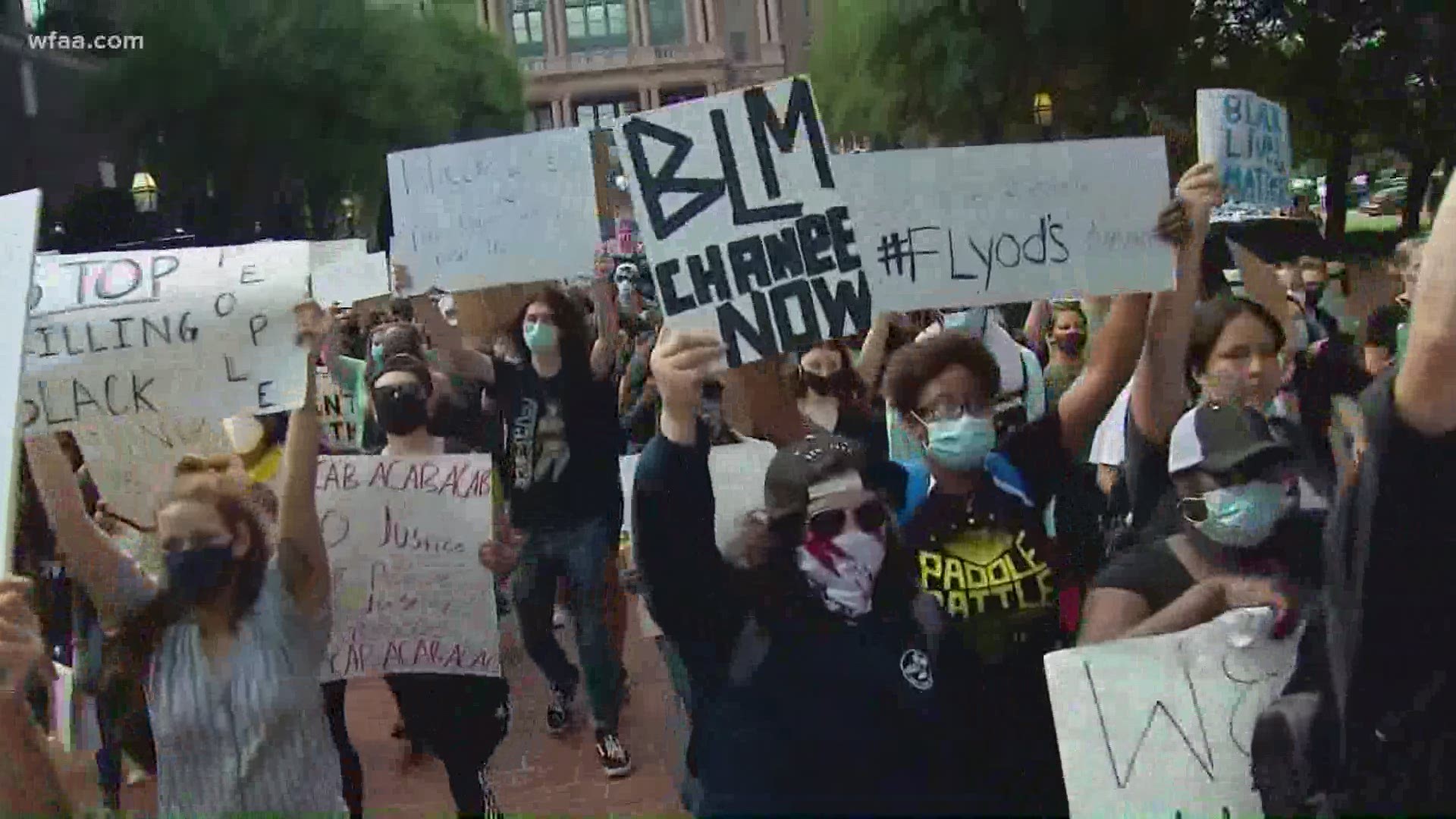 FORT WORTH, Texas — A Fort Worth City Council member said city leaders should immediately create a citizen review board of the police department.

Councilwoman Ann Zadeh saw firsthand at a protest Tuesday night that people are tired of simply talking about change. The protest was in response to the death of George Floyd while in police custody in Minneapolis.

She said she saw "an overwhelming, incredible community feeling of people who are passionate in wanting to learn more and have their voices heard."

Zadeh said many of the people showed that they are "struggling because of inequities they’ve been facing their entire lives."

In 2018, Fort Worth's Race and Culture Task Force recommended creating a citizen review board to provide independent oversight of the police department.

The task force was created after a 2016 incident, in which a white police officer physically took down a black mother after she'd called police for help during a dispute with a neighbor. That officer, William Martin, was suspended.

The city's first police monitor started in March. The role wasn't a task force recommendation but did come from insight the group offered.

It remains unclear when a citizen review board will form.

Zadeh thinks that lack of timeline should change, posting a lengthy message Wednesday on Facebook.

"I am asking my colleagues on the City Council to join me in a pledge to finalize, and pass a Fort Worth's Citizens Police Review Board THIS MONTH," the councilwoman wrote.

Zadeh said the majority of the comments on her post were supportive of the idea.

A city spokeswoman said Neal did not have a response to the Facebook post, though Zadeh said she'd spoken to Neal about her idea before posting it.

"The sooner the better," said Cory Session, who was on the board that made the recommendation. "There needs to be another eye looking to make sure that things don't get shoved to the side, and the time to do it is now."

Zadeh knows details still need to be ironed out before the review board can be created, and that it may take longer than her proposed timeline.

"I just wanted to put the spotlight back on that recommendation in hopes of having us move forward with it a little more expeditiously," she said.

Because if not now, she says, when?