Some council members sent a memo to the Dallas city manager requesting a budget discussion in wake of demands to defund the police department. 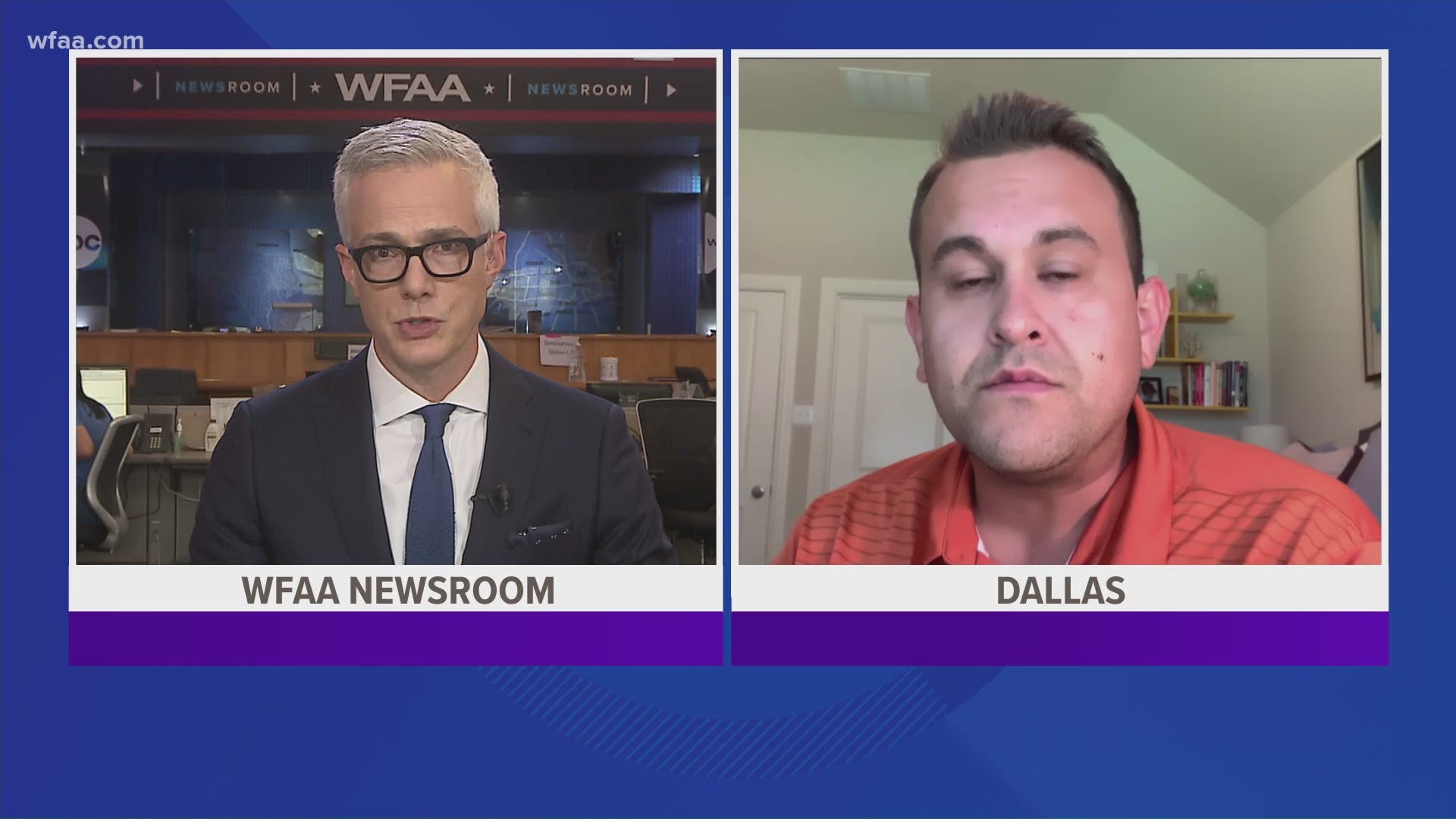 This story has been updated to clarify that 10 council members sent a memo to City Manager T.C. Broadnax.

Many protesters have called for city leadership to defund the Dallas Police Department, meaning they want to reduce funding to law enforcement and move money into community and social programs.

Councilmembers from Districts 1 through 9 and 11 sent a memo Tuesday to City Manager T.C. Broadnax requesting options to move, or "reallocate" police funds during an already-scheduled budget discussion on June 17.

"No one is asking to dismantle our police department. No one is saying we don't need a police force," said Adam Bazaldua, who represents parts of southern and Far East Dallas.

RELATED: When protesters call to 'defund the police,' what does it mean?

He said there are 10 council members who support developing a 180-day plan "to address 50 years of oppression" and come up with police reforms.

In a copy of the memo signed by Bazaldua, he said, "We have increasingly asked our law enforcement officers to perform duties beyond the scope of their role as police."

"We must create a baseline where ALL Dallas residents are able to learn, recreate, work, and safely thrive in our neighborhoods," the memo says.

The City Council has a regularly scheduled meeting Wednesday. They met during a special session Friday afternoon, during which hundreds of speakers demanded police reforms. Many called for the resignation of the police chief and asked that the police department be defunded.

RELATED: Dallas police oversight board calls for review of use of force, protest policies

And during a public safety committee meeting Monday, Chief Renee Hall detailed a timeline for other changes within the department, including a new policy that would require officers to announce when they are about to shoot.