The Austin City Council plans to discuss police reform on the June 11 agenda. 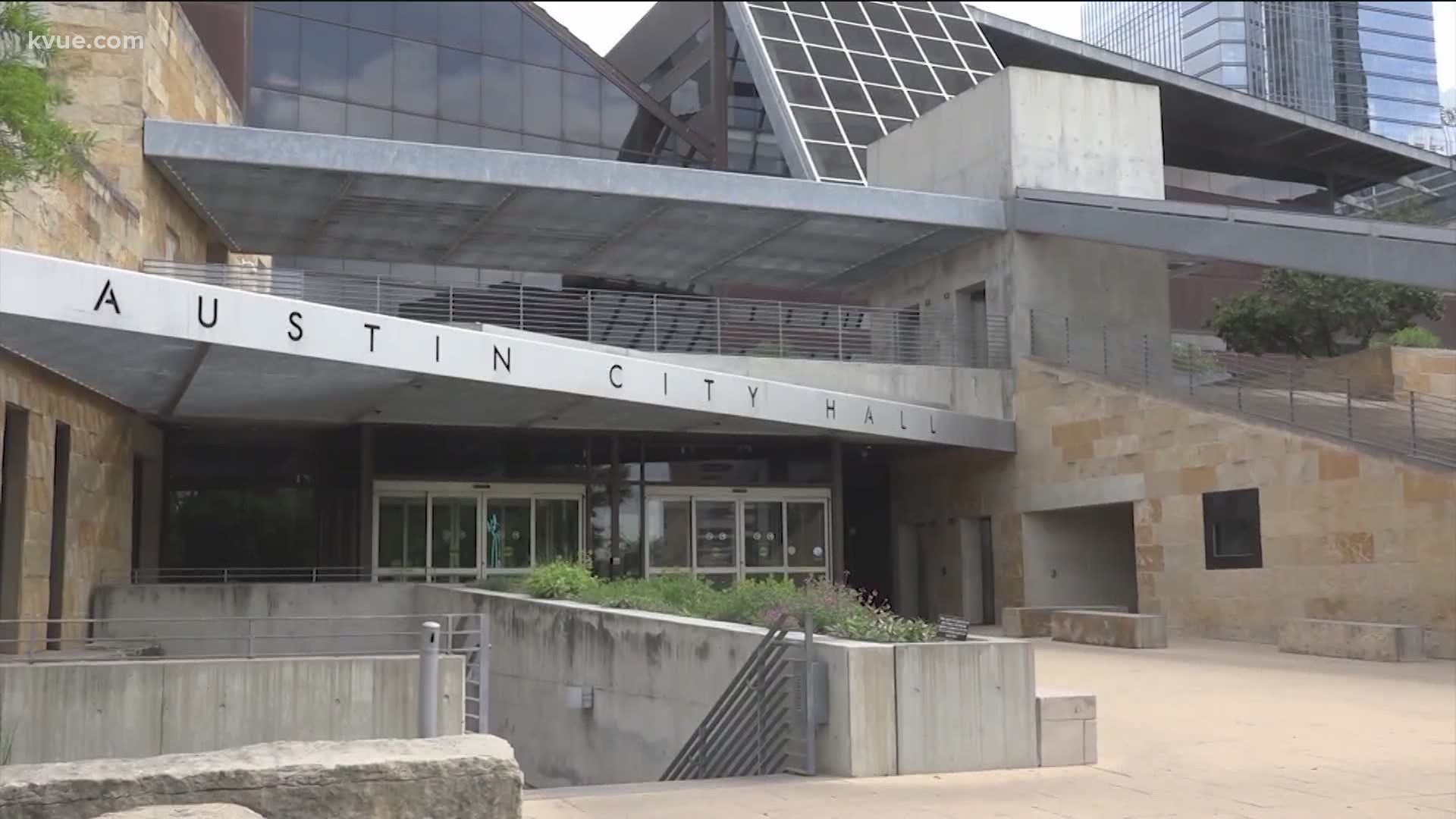 AUSTIN, Texas — After a week full of protests amplifying black voices and the need for racial equality, city leaders are know presenting their ideas for reform within the Austin Police Department (APD).

Harper-Madison said the overfunding of police while there are still improvements to be made in communities is not what people want. She also spoke about a resolution that would prevent housing owners from discriminating against those who have been previously incarcerated.

Garza said the Council has reports that show that black and Latinx people are more likely to be stopped by police in Austin, and when they are stopped, it is more likely that force will be used.

"Reforms are the beginning of the process, not the end," said Garza.

Garza said she wanted to create accountability across the city and not just in policing.

Casar said this is clearly the moment for elected officials to do their part and respond to the issues. He said the Council knows there is still much work to do. Casar said he sponsored one item that bans certain chokeholds and the use of tear gas and munitions against those peacefully exercising their first amendment rights. He said it also bans the use of force against those fleeing, like Mike Ramos.

Casar said he feels a lot of hope based on the council's message board, in which he said some councilmembers have already shown support for some of the actions.

All four members sponsored items on the upcoming meeting including setting a "zero racial disparity goal" creating a Public Safety Committee and declaring an emergency, addressing APD's use of force policies and reassessing the department's budget.

"The Austin City Council has articulated a new strategic direction for policing and public safety in countless resolutions, ordinances, budget directions and guidance," according to the resolution document for Thursday.

The council will consider reducing APD's funding and putting it toward community support resources. This includes eliminating funding for militarized equipment like tear gas and rubber bullets, as well as eliminating some open officer vacancies.

After multiple officer-inflicted injuries during the protests, city council will discuss ways to stop officers' use of force when de-escalating situations and, instead, focus city efforts on conflict prevention measures.

As calls for the resignation of leadership within the APD escalate, Chief Brian Manley had the opportunity to explain to the council on Friday why he made certain decisions over the course of the protests.

Manley explained his initial decisions were based on what he saw happening around the country and preparing for it locally.

"The purpose of us and what we were trying to do was to give people the space to come out and exercise their right to free speech and to do so in a safe and positive manner," Manley said. "This was unlike anything we have ever seen as a country and especially like we dealt with last weekend [May 30 and May 31], nothing we have ever dealt with in our own community."

When he saw the injuries caused by the force used, Manley said he pulled methods such as firing rubber bullets.

While his goal was to provide a safe space for the community, Manley said he also received complaints from his officers about the dangers they were facing during the protests and had to ensure they were protected too.

During the first weekend of protests, Austin police tweeted that items like rocks, water bottles, bricks, eggs and even Molotov cocktails were thrown at officers.

However, Manley hopes to rebuild the community's trust with Austin police and the officers serving the community every day.

It is worth noting that while some are calling for Manley to be fired, council members can't make that happen. Under the civil service code, only City Manager Spencer Cronk has any say in Manley's job – and he can only demote him. However, the council can ask Manley to resign.

The Austin Police Association released the following statement regarding the city council resolutions:

"Last Friday, in the midst of the greatest moment of unrest in recent City history, Austin City Council members Gregorio Casar, Delia Garza, and Natasha Harper-Madison filed three last-minute resolutions that will be considered during this Thursday’s Council meeting. If passed on Thursday, these resolutions, particularly Item 95 by Casar and Item 96 by Harper-Madison, could cut over 190 police positions from the next City budget and halt the next police cadet class indefinitely - creating an additional public safety crisis in the midst of the one we are experiencing right now. George Floyd was murdered by Derek Chauvin, who should have been protecting him. It was a crime perpetrated by officers of the law. We condemn the evil acts of those individuals. They do not deserve to wear the uniform. Institutional racism must be eliminated and police procedures must be reviewed with vital reforms enacted to prevent this from happening in our community. We are committed to having a frank conversation about necessary reforms. We cannot; however, in the heat of this very tender moment, move to defund the good men and women in our police force who are working the longest hours of their careers and doing an admirable job protecting their community during the most tumultuous time in our lives. The situation we face as a nation is a powder keg. It is important to stop and reflect on this crucial fact: both protestors and police officers are human beings experiencing distress and fear. During the recent protests, our officers had fireworks, rocks, and bottles filled with unknown substances hurled at them along with many words of hate. The bottles were especially distressing given that Molotov cocktails, though unsuccessfully lit, were made to hurl at police. In response to these objects being thrown, several of the officers fired bean bag projectiles and foam batons (the APD did not use rubber bullets) to cease the acts. These procedural means of crowd control are non-lethal but can cause injury. It is highly regrettable that some of the protestors were sent to hospital as a result. It is very unfortunate that some peaceful protestors were injured. That has compounded the situation. We are eager to discuss our procedures and ensure the most effective methods of de-escalation and empathetic policing. That conversation is critical. But the consequences of quickly defunding our department, reversing a multi-years agreed-upon plan with the City to meet the needs of our growing area, would significantly lessen patrols in every neighborhood, including our marginalized communities, and reduce our ability to handle local child abuse, sex crime, domestic violence, and robbery/aggravated assault caseloads. We request that the City Council first delay action on these resolutions as there are still two months until the final budget is adopted. These big issues require a big conversation and the citizens of Austin need more than three business days to fully consider the impacts and consequences of these measures as well as several others that will improve our procedures to ensure a safer community of compassion and understanding. Every citizen of Austin will be affected by this vote on Thursday. You can reach your city councilperson at the following links to make your voice heard ahead of the vote: www.austintexas.gov/contact-us and www.austintexas.gov/email/all-council-members."