Former President Donald Trump speaks at CPAC in Dallas as supporters, opponents, analysts weigh his future with the GOP

“Donald Trump remains far and away the most popular Republican among the Republican base,” Rice political science professor Mark Jones said. 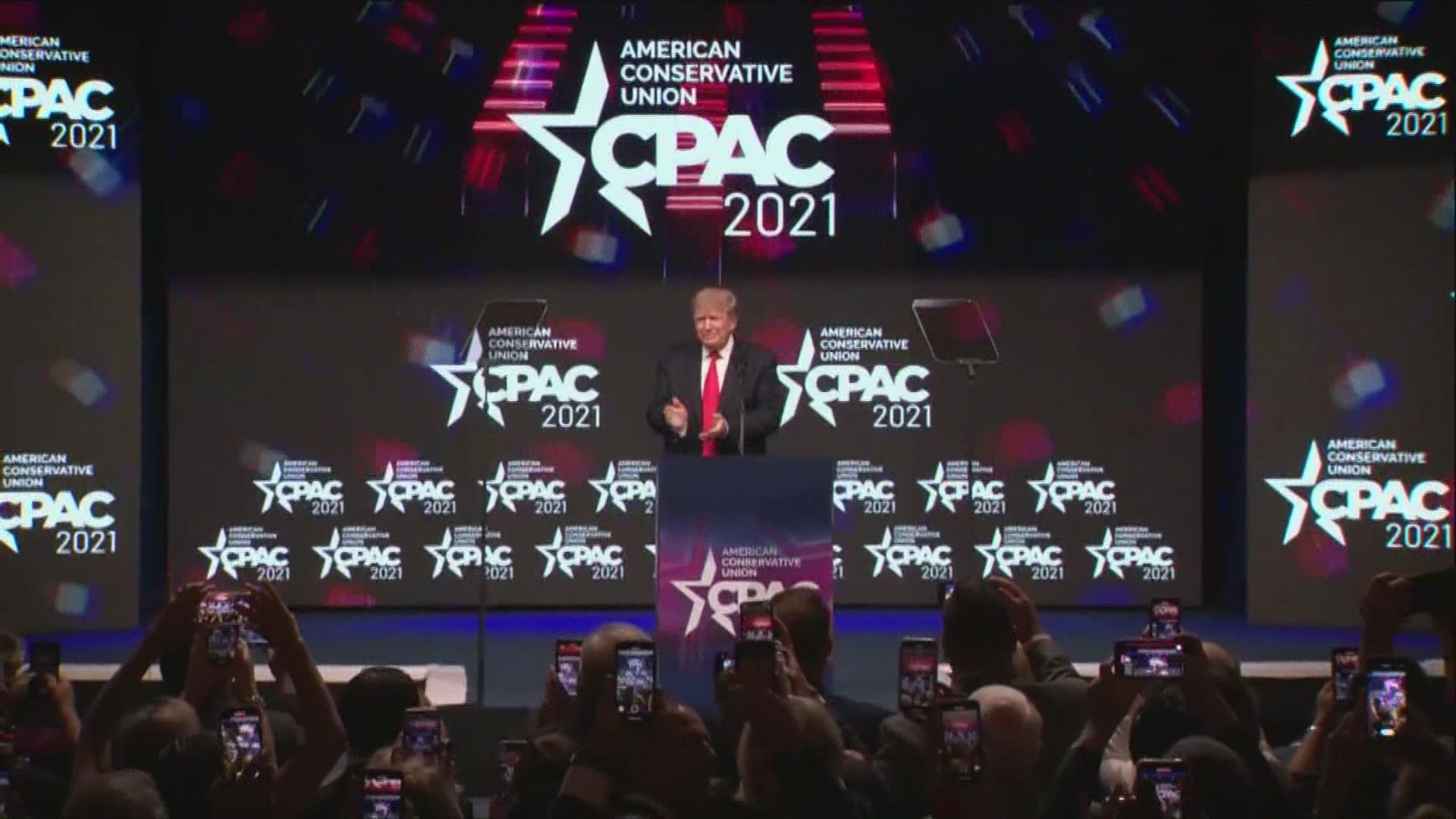 DALLAS — The Conservative Political Action Conference 2021 (CPAC) wrapped up Sunday in Dallas, marking the end of the three-day conference for conservatives. The conference ended after a speech by former President Donald Trump.

More than 1,000 people attended Trump’s speech as many political minds weigh his future with the GOP.

“Donald Trump remains far and away the most popular Republican among the Republican base,” Rice political science professor Mark Jones said.

Though Trump is popular, Jones said the former president faces challenges if he were to make another run for the White House.

Aaron Rocha was one of the attendees at CPAC. He’s unsure if Trump will run again but he believes conservatives are on the same page.

Democrat and Dallas County Judge Clay Jenkins said the right has shifted. He believes the former president has made a lasting impact on the Republican Party.

RELATED: Can anything stop the voting legislation during the special session in Texas?

“Donald Trump has fundamentally changed what the Republican Party stands for. The Republican Party today is an anti-science, divisive, culture war party,” Jenkins said. “No longer is it the party of business, of limited regulation. Now that party is the Democratic party.”

Though his future with the GOP is unclear, it is clear hundreds of supporters at CPAC remain strongly in his corner.

“He’s energized me. He’s energized millions like me,” Rocha said. “He has shown us that being yourself and being who you are without worrying about what others think can make a difference.”