Transgender woman Muhlaysia Booker was gruesomely attacked by a group of men outside an Oak Cliff apartment complex in April. She was found shot dead Saturday morning. 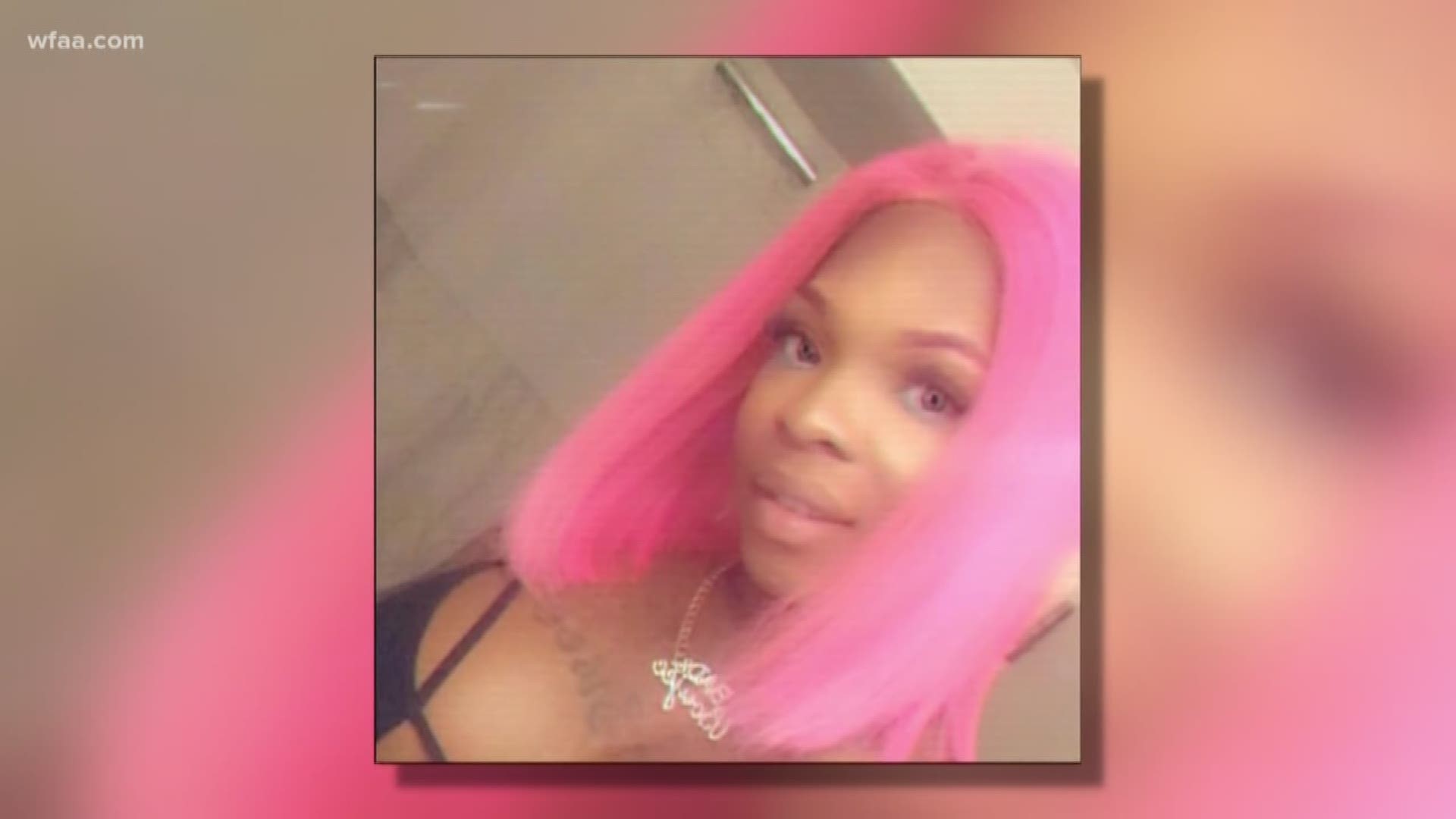 DALLAS — A transgender woman who was found dead Saturday morning in Dallas has now been positively identified as Muhlaysia Booker, who was gruesomely attacked in Dallas last month, Dallas police have confirmed.

Booker was found lying facedown in the street Saturday in the 7200 block of Valley Glen Drive around 6:44 a.m. Police said she was killed.

In April, Booker was assaulted by a group of men outside an Oak Cliff apartment complex. The video was gruesome and quickly went viral.

Police arrested 29-year-old Edward Thomas in April for his role in Booker's assault. Thomas is out of jail on a $75,000 bond.

"There is nothing at the time to connect Mr. Edward Thomas and the events that occurred yesterday," DPD Crimes Against Persons officer Major Vincent Weddington said in a press conference Sunday afternoon.

"She never really had a chance," activist Olinka Green said. "Muhlaysia Booker was not trash. She belonged to somebody.”

Dallas Mayor Mike Rawlings called on the community to help DPD find those responsible, saying he was "deeply saddened" to learn about Booker's murder.

Kirk Myers heads up Abounding Prosperity, which focuses on health and social welfare for African-American LGBTQ citizens in Dallas.

"We are preparing to assist as necessary to ensure justice is achieved for Muhlaysia and will continue to lead the Black LGBTQ community who is tired of the violence and intolerance so frequently directed against it," Myers said Sunday night.

On Monday night, local roofing company Nabors Roofing offered a $5,000 reward for anyone who has any information that leads to the arrest of Booker's murderer. Nabors asked tipsters to contact the Dallas Police Department.