PlayGrand Adventures: A unique place to play in Grand Prairie

The new playground is adaptive and inclusive for people of all ages and abilities. 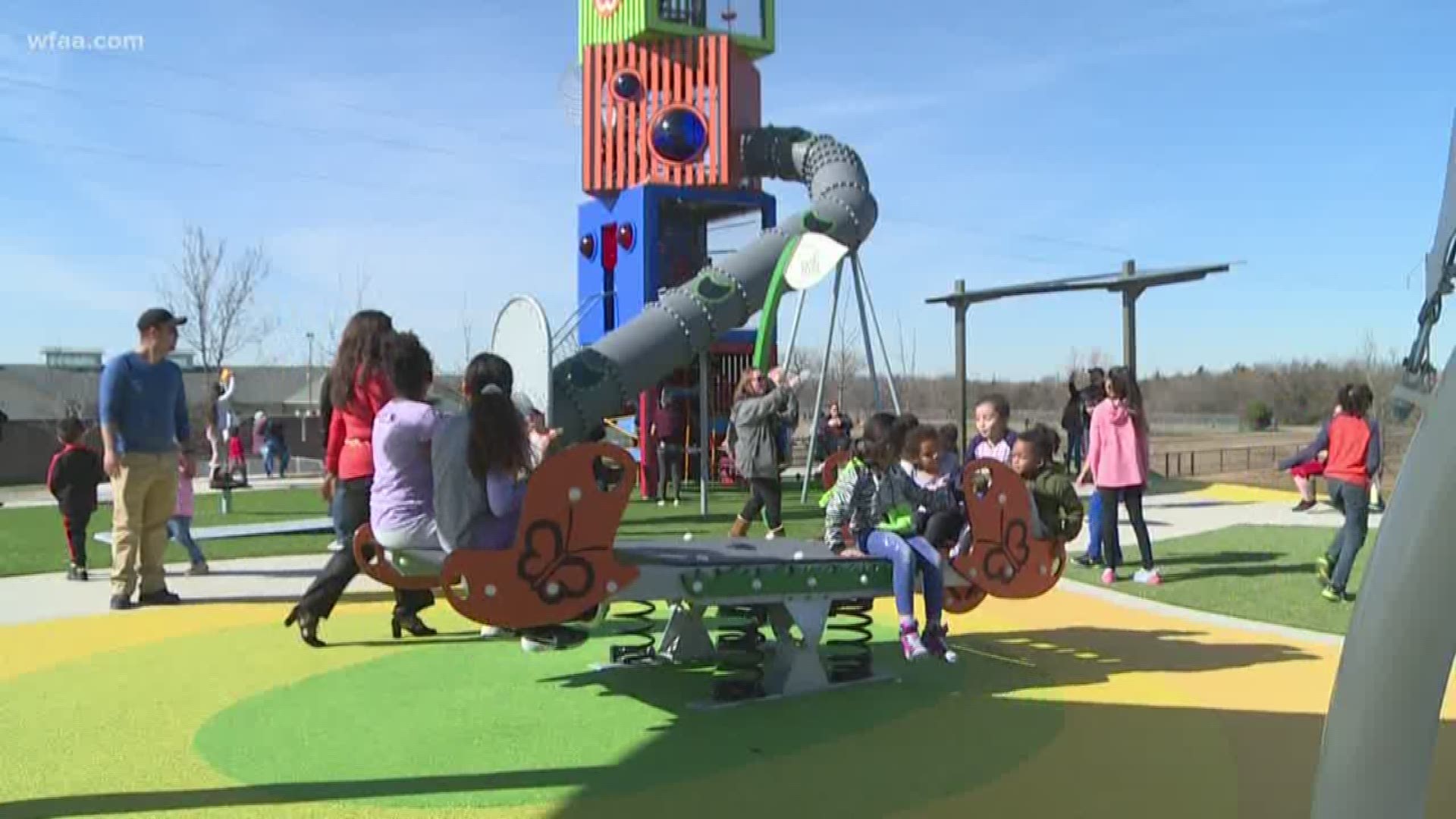 GRAND PRAIRIE, Texas — A new playground in Grand Prairie is set to be one of the largest specialized playgrounds in the state of Texas. It's called PlayGrand Adventures and is part of the EPIC Park Project.

On Monday, children were laughing, hollering and running all over the colorful playground.

It's made for people of all ages and abilities. There are different textures, sensory games, music, slides, and ropes.

The city started planning for PlayGrand Adventures in 2014. The grand opening was on Wednesday.

"Look at the kids out here today," Jenson said. "It's bringing families together, kids together playing. So proud of this."

Dr. Rhonda Brown-Crowder brought her 12-year-old son, Caleb, to play. He has autism and is non-verbal, but the playground gives him a sense of "normalcy."

There are activities for children who have visual and hearing impairments, autism or are wheelchair users. Even parents who have disabilities can get involved.

"They can forget about their disabilities for a moment and just have fun and be a kid," Brown-Crowder said.

Twelve-year-old Elisha Castaneda also played until he was too tired. He is the son of fallen Grand Prairie Police Officer AJ Castaneda, who died last year in the line of duty.

Elisha's uncle, Daniel Castaneda, brought him to the playground. "[AJ] would be here right now with Elisah if he was alive."

Daniel said Officer Castaneda would have been proud.

"We want you to come out and enjoy your family together," said Duane Strawn, Assistant Director of Parks and Recreation in Grand Prairie.

The park is free and open to the public from dawn to dusk. It is located at the 2100 block of Epic Place.