"Every cut she had on her and every piece that went into her, it was one less piece in her child. She was shielding him at the time of the explosion," Reedy said. 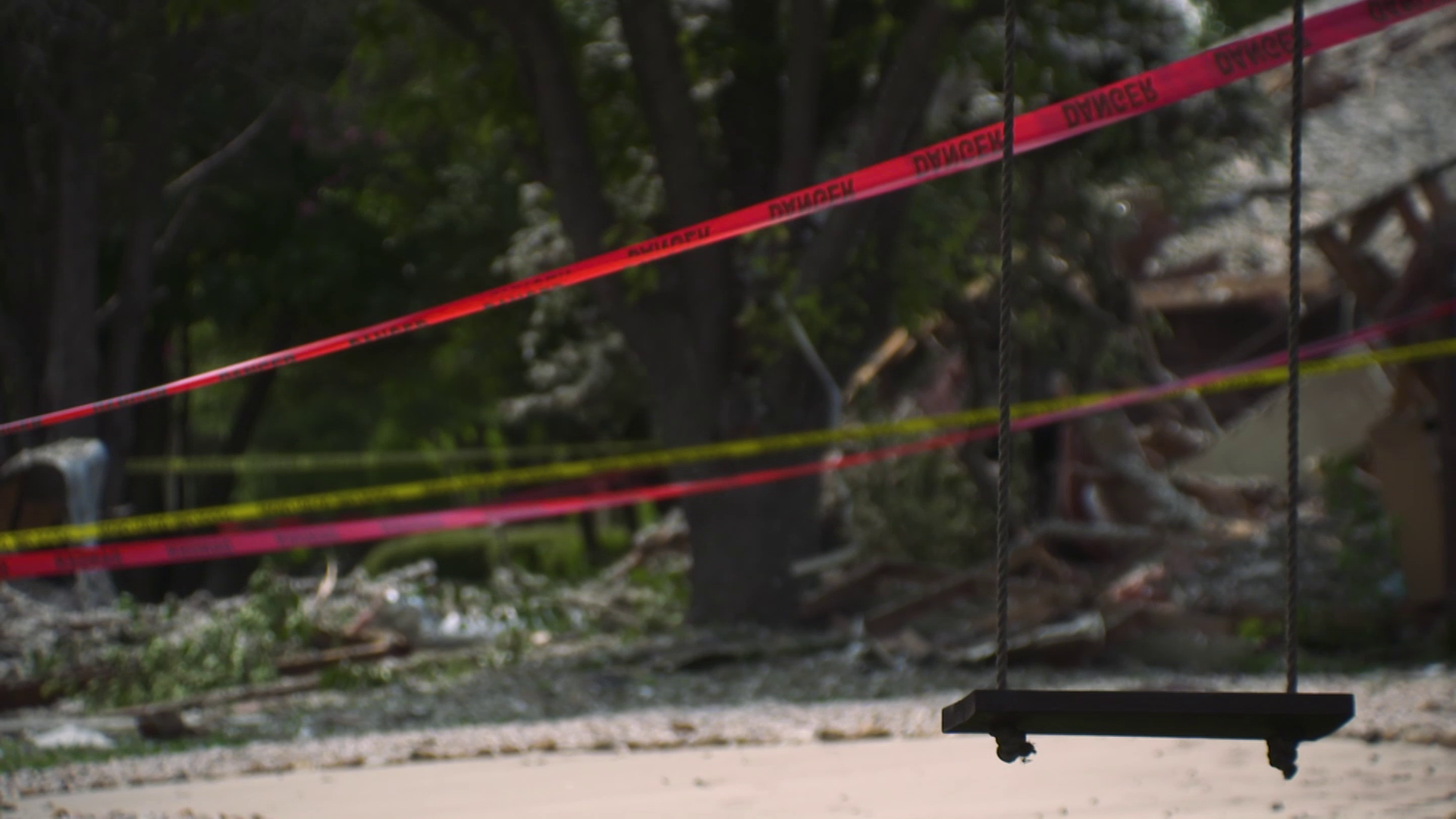 PLANO, Texas — Editor's note: This story has been updated with new information from officials that the explosion may have been intentional.

The Jagielskis had only been in their Plano home for less than two months before the explosion next door occurred. The family of five expected to be in the home only for a short time while their home was being built elsewhere, then July 19 happened.

Mae Reedy, a close family friend, told WFAA Jennifer Jagielski was with her son in the master bedroom when the explosion occurred. The mother of three was in a position to shield her son from the onslaught of glass and debris.

"Every cut she had on her and every piece that went into her, it was one less piece in her child. She was shielding him at the time of the explosion," Reedy said.

All five members of the family were sent to the hospital. Reedy told WFAA that the three children, ages 3, 6 and 10, have been released with minor cuts and are now with family. Husband and wife, Philip and Jennifer sustained much harsher injuries and have each gone through surgeries.

"They all have sustained injuries on their body from glass and wood and metal," Reedy said.

The condition of the only person who lives in the exploded home is unclear. Officials confirmed he is still being treated at a nearby hospital.

RELATED: What we know - and don't know - about the Plano home explosion, so far

On Tuesday the Plano Fire Department told WFAA that the likely cause for the explosion was an isolated gas leak, but on Wednesday, fire officials said the explosion may have been an intentional act. WFAA is working to find out more on what made investigators reverse course. The department said there is still significant investigating to be completed.

Meanwhile, the support from the community has been strong. Reedy said the family has lost everything and is in need of a lot. Reedy recounted holding Jennifer Jagielski's hand while in the hospital.

"She was there holding my hand just a few months ago and it was my turn," Reedy cried.

This is the funding page set up to help the family with upcoming expenses.