Fire crews were working to contain the fire sparked by the fireworks show in Plano. 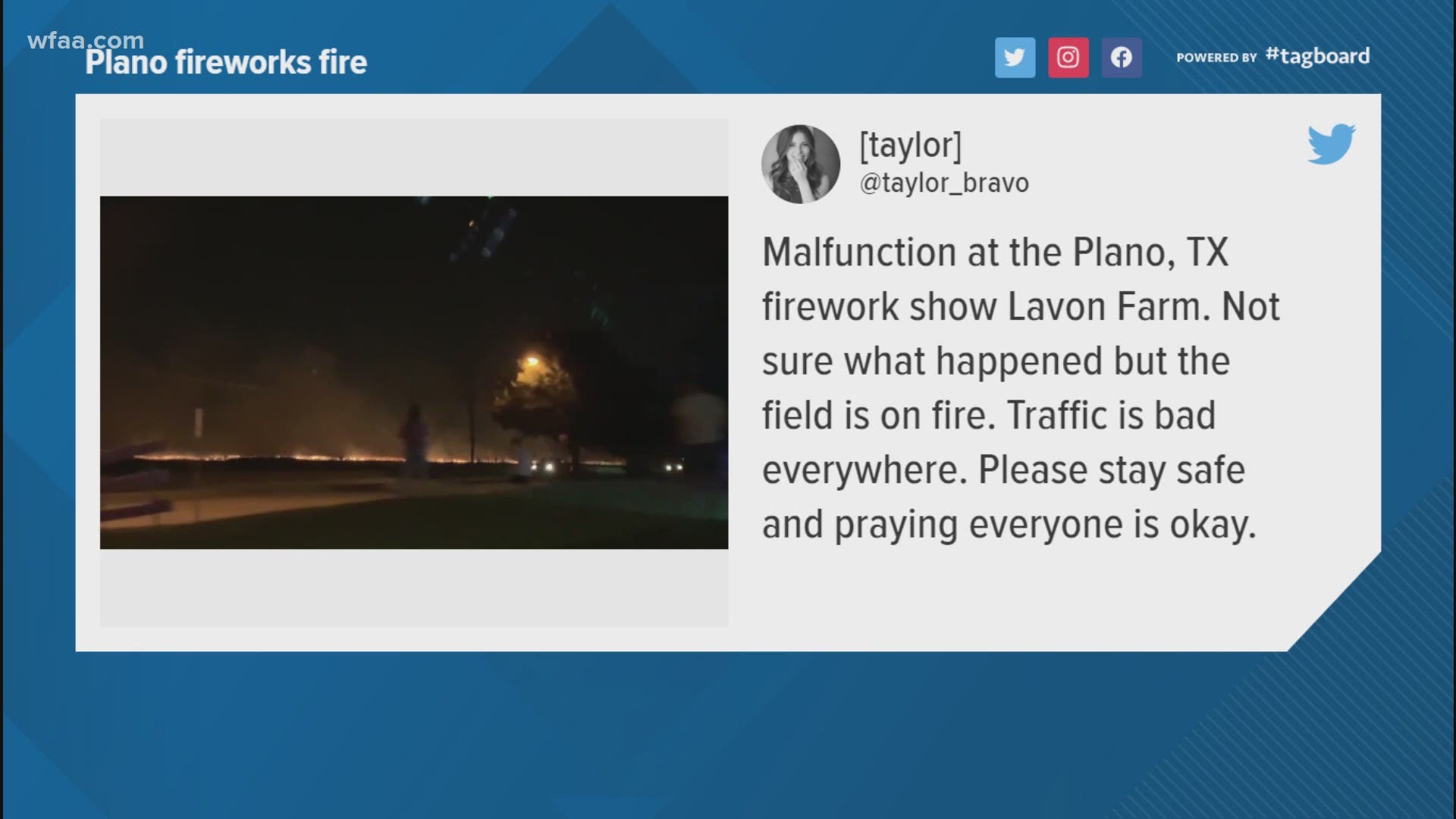 Crews responded near the 2000 block of East Spring Creek Parkway after there was an incident with the City of Plano fireworks show that caused the active brush fire, according to officials.

The fire began about 19 minutes into Plano's 25-minute All American 4th firework show, fire officials said. A 6-inch mortar exploded inside its launching tube, which set off other nearby mortars as well.

The show was then stopped and crews that were already on scene as a precaution began to work to put the fire out.

By 11 p.m., officials said the fire had been 100% contained and final hot spots were being extinguished. It took them about an hour to do so.

No injuries were reported. Several acres of the field near the launch site burned, according to officials.

Jupiter Road was shut down while firefighters worked to extinguish the blaze, but had been reopened by 11:45 p.m. after emergency crews left the scene.

Tweets from people who had gone to watch the show Plano showed flames spread across a field.