We often forget that first responders can also be victims of the tragedies they respond to. 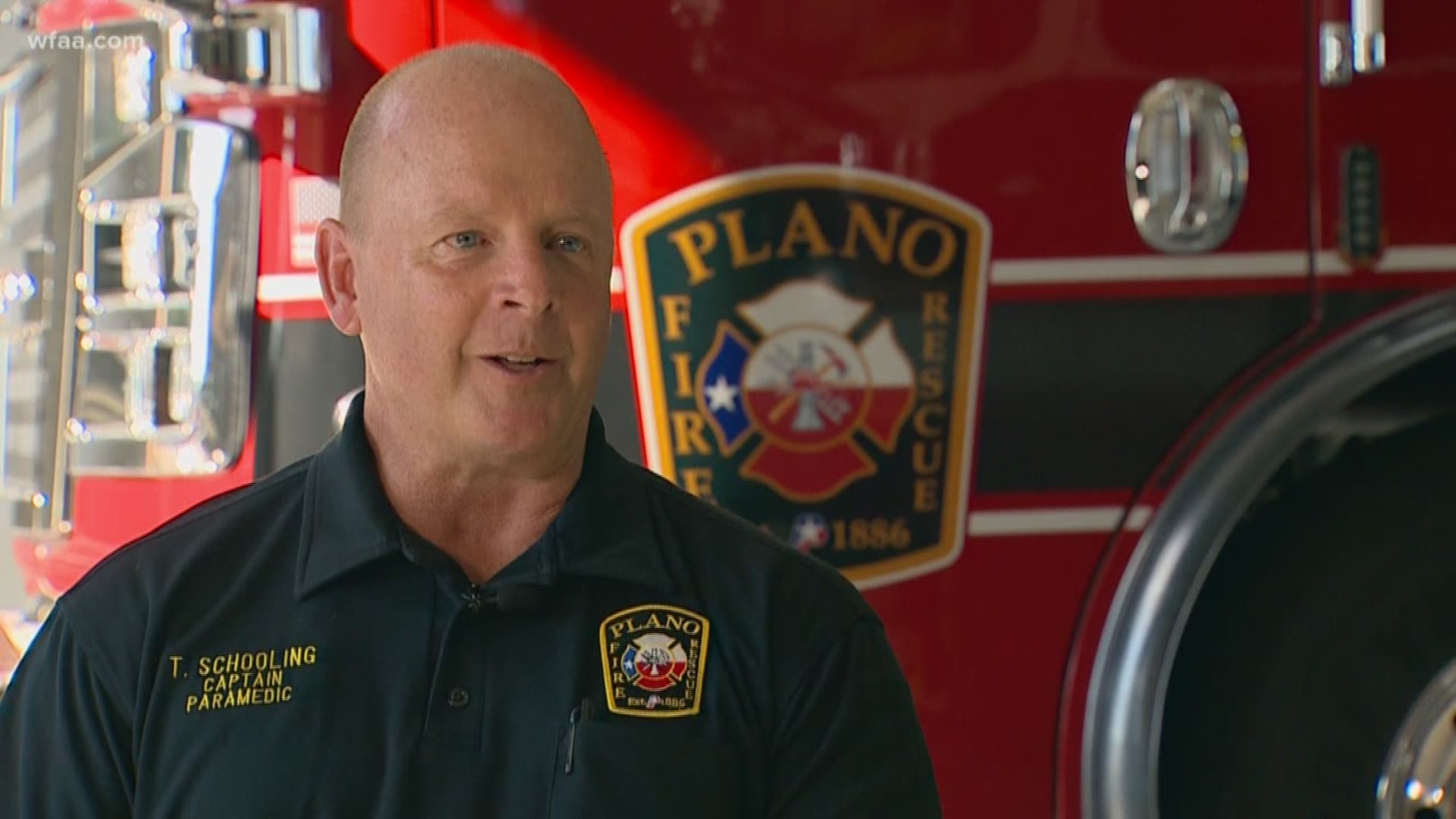 PLANO, Texas — The phrase that first responders are a family may be a cliché, but it is still correct. When you work long enough at a fire station, a bond begins to form between the men and women who serve as first responders.

It is that connection that spawned the idea for a peer support team. The City of Plano has 26 firefighters/paramedics identified as peer support personnel. They are trained to connect with a fellow first responder who may be dealing with a traumatic event.

"If I'm behaving differently, they're going to be the first ones to notice," said Captain Todd Schooling of Fire Station 8.

Schooling told WFAA that it may be difficult for a professional counselor to reach firefighters when they don't understand the dynamics of being a first responder.

"When you speak to another firefighter you know they can completely relate to you," said firefighter/paramedic Wesley Holland.

Plano and Garland are each sending two trained peer support firefighters to fire stations 370 miles away in Midland and Odessa. The reality is there are first responders also facing trauma from the mass shooting event.

Holland said there are first responders coping with what they see every day. Holland vividly recalls when he was one of the first to respond to the mass shooting in Plano in 2017.

"[It's] how your job changes after that happens. That's not an everyday situation," Holland said.

Schooling will be one of the firefighters who will soon embed himself in a fire station in Midland and Odessa. It will be his job to listen and help people in a least-intrusive way. He also says if he identifies a firefighter that needs professional counseling, the peer team will seek out that help.

"You can't just go in and have doctors and clinicians and professionals in white shirts go in and start a dialogue and expect a return dialogue," Schooling said.