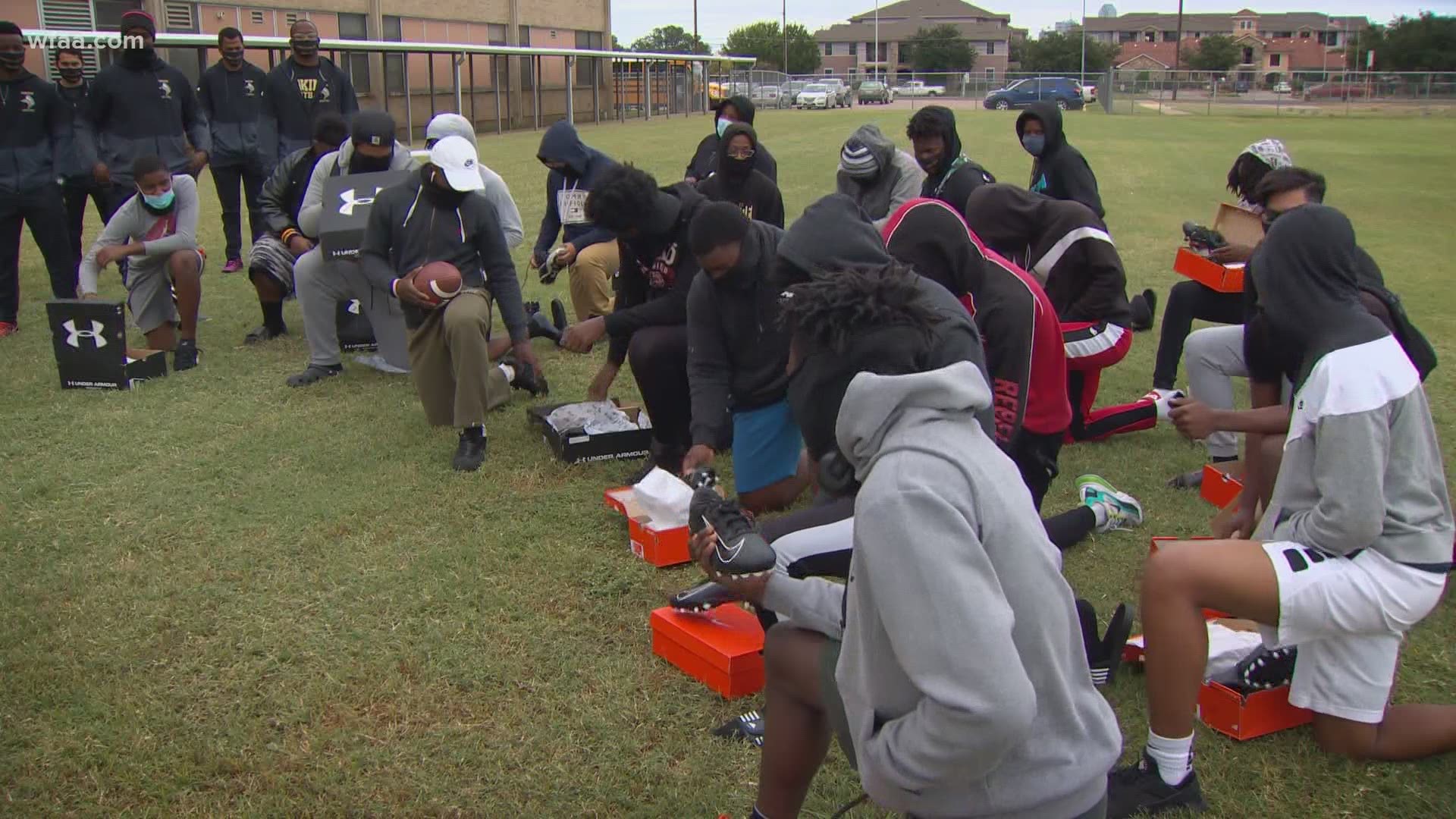 DALLAS — As a group of student athletes walked outside Pinkston High School and onto their practice football field Friday, they were moments away from receiving a big surprise.

The Pinkston Vikings were hours away from their game with North Dallas. However, the gathering on the practice field wasn’t about game-day strategy. It was about answering a need and a challenge that some of the athletes have been tackling this football season, in part, due to the coronavirus pandemic.

"The community called me, and told me they had some concerns,” said Dallas Independent School District Trustee Maxie Johnson.

Johnson began working with the team’s coaches and school district leaders after learning members of the football team were in desperate need of new shoes.

"A lot of the kids let me know it’s been hard this year dealing with the COVID. Parents don’t have the resources or income, because they’re being attacked financially,” said Johnson.

The team kneeled to listen to a brief greeting from Johnson and their coach Derek Lewis.

"Those kids, man, they’ve been busting their tail for the last three years,” said Lewis.

Each member of the football team was presented with a shoe box. As they were instructed to open the boxes, the young men let out loud cheers and clapped in celebration.

"Just built my confidence up like 10 times, 10 times more than I had before the game,” said player Kyrin Clark.

It was a generous gesture that became a motivational moment.

"The west side of Dallas had, in my opinion, been forgotten for a while, but the mighty West Dallas Vikings, LGP Vikings, we look to resurrect that,” said  Lewis.

The Pinkston Vikings headed into Friday’s game against North Dallas 2-1, and ready to tackle greater plans.

"If we can go 3-1 and go to playoffs, I really believe we can go very far,” one of the player’s told the team.