Little Aiden couldn't wait to join in on the holiday celebrations and decided to make a surprise entry into the world. 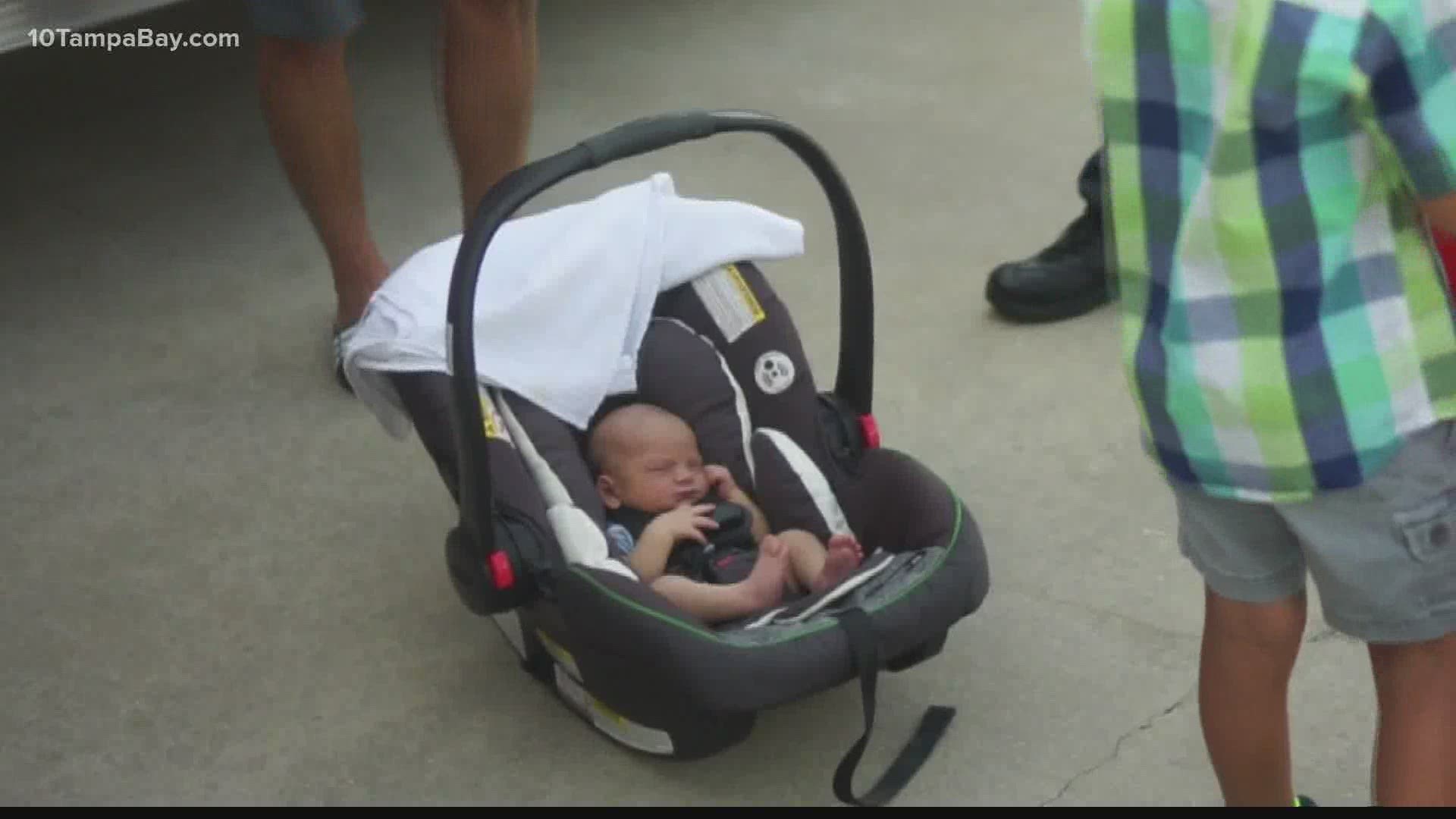 CLEARWATER, Fla. — He may have slept through it, but one little boy got to meet the two medics who helped deliver him on the Fourth of July.

Just a few days ago, little Aiden Easterday made a surprise early entrance into the world. After his mom went into labor on a pontoon boat in Old Tampa Bay, his parents called 911 and started making their way to shore.

Two Clearwater fire medics, Kenny Sweitzer and Tyler Whitfield, met the couple on a beach near the Courtney Campbell Causeway with just a few minutes to spare.

Aiden was delivered safely, and he and his mom were taken the hospital where they were given a clean bill of health.

On Wednesday, Aiden and his family went to the Clearwater Fire & Rescue Department to meet the two medics. The fire department captured the meeting in an adorable picture.

"Future firefighter? This morning, Aiden Easterday got to meet our two fire medics who delivered him on a pontoon boat on the Fourth of July. OK, so maybe he slept through the meeting. It was a little more calm environment than Saturday on the Courtney Campbell beach," the department wrote.