Deputies said the couple inside the home told them the homeowner's gave them permission to be there. However, the homeowners told the sheriff's office they did not. 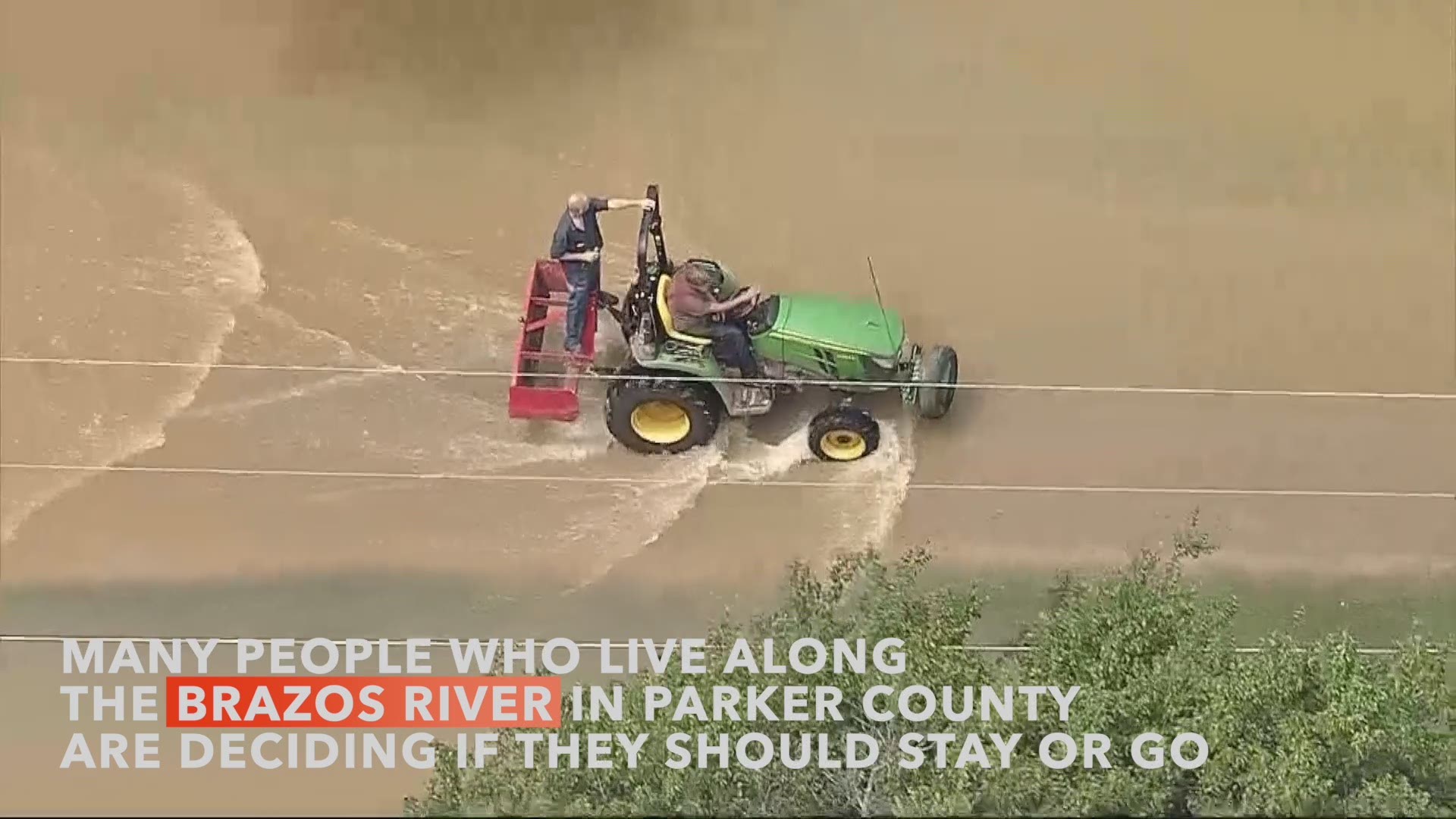 MILLSAP, Texas — A Parker County couple faces charges after authorities said they allegedly tried to steal from a flooded home.

William Hull, 53, of Millsap, and Theresa Salter, 60, both face charges, according to the Parker County Sheriff's Office.

According to authorities, deputies responded Tuesday to a burglary in progress call in the 800 block of Brazos Rock Road just before 3 p.m. in Millsap, a city about 50 minutes west of Fort Worth.

Parker County Sheriff Russ Authier said a neighbor reported that an unknown person or people were inside her neighbor’s home. The caller said she knew the homeowner, who was not currently at her home, and did not believe the suspects had permission to be inside the home.

Because of the recent flooding in the area and rising waters surrounding homes, the sheriff's office said vehicles couldn't be used on the neighborhood roads. Texas Parks and Wildlife game wardens had to help deputies in getting to the home by boat, Parker County Sheriff's Office said.

When sheriff’s deputies got to the home, they found Hull outside of the home. He said he and his wife, Salter, had been staying in the home because their property was flooded.

Salter asked to retrieve her personal items before she left the home. Deputies allowed Salter to retrieve her things, among them, several bags in the dining area and a tool bag.

Officials said Salter also grabbed a zippered pouch, claiming it was hers. But when deputies searched the pouch, they said they found a clear plastic baggie containing .7 grams of suspected methamphetamine, according to the sheriff's office. Deputies found another bag with a loaded .9mm handgun. Salter claimed the bags and weapon belonged to her, officials said.

Salter was arrested and charged with possession of a controlled substance penalty group one, criminal trespass of a habitation and unlawfully carrying a weapon. As of Wednesday morning, Salter remained incarcerated at the Parker County Jail. Her bond has not been set.

Sheriff Authier said the case will be submitted to the Parker County District Attorney’s Office for prosecution.