"If you stick with something and try really hard to make it right, sometimes it works out," said Aviva Lehmann of Heritage Auctions. 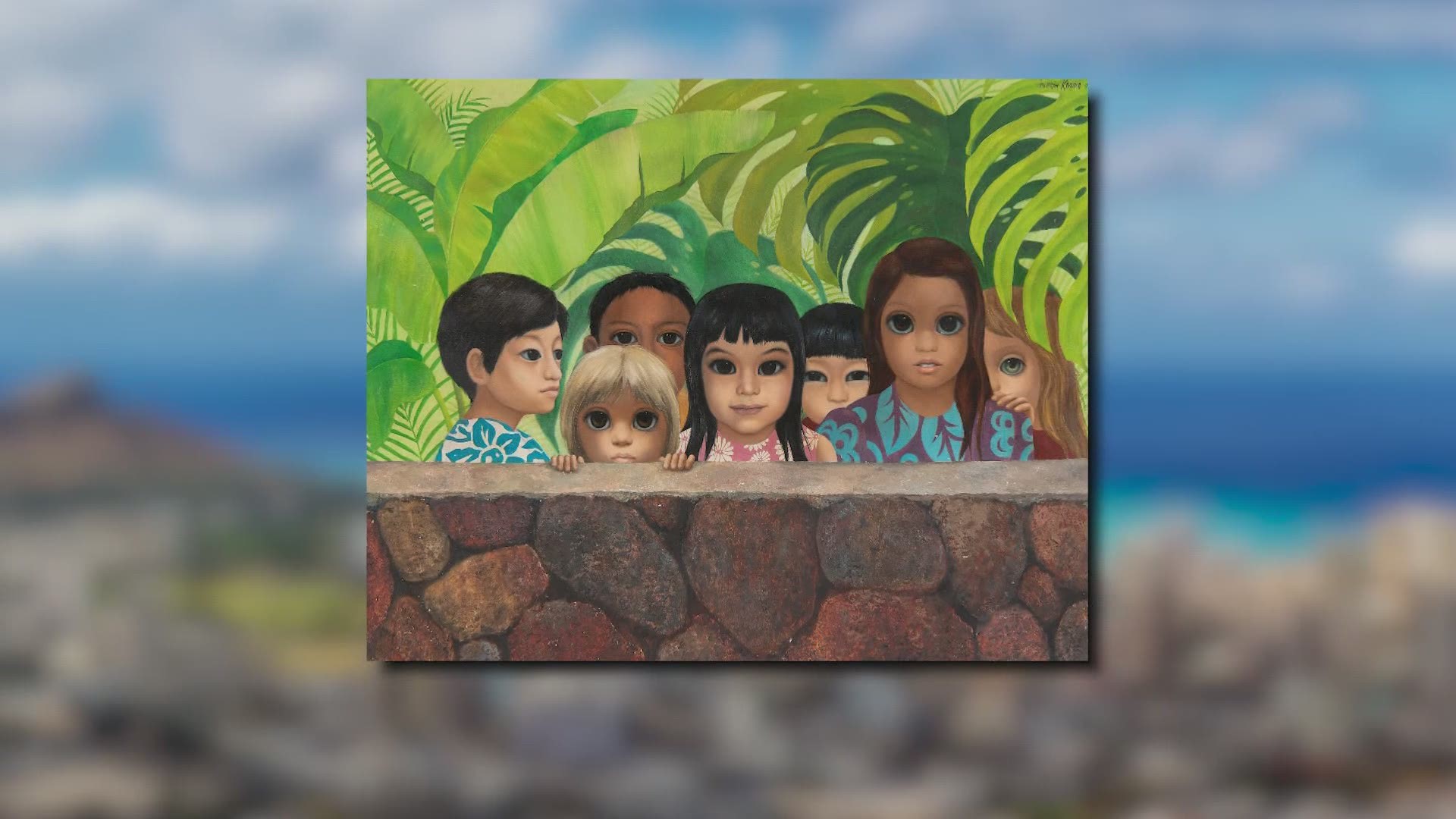 DALLAS — A valuable painting stolen from a dentist's office in Honolulu nearly 50 years ago sits under lock and key now in an auction house near DFW Airport. It will soon be on its way home to the then 7-year-old girl whose likeness was used to create it.

"So this is a good news day. You know, we don't get many of those," said art recovery specialist and former FBI special agent Robert Wittman while standing next to a painting by celebrated artist Margaret Keane titled "Eyes Upon You."

A dentist in Hawaii commissioned Keane to create the portrait, with his own 7-year-old daughter as the model for the girl at the center of the painting. Featuring Keane's penchant for characters with large, inquisitive eyes, the portrait is one that the dentist wanted so that all races and nationalities of Hawaiian children would be represented in his waiting room to help put his pediatric patients at ease.

But in 1972, while the staff was away at lunch, the painting was stolen. Wittman says the dentist, who died just a few years ago, never knew what happened to his treasured painting.

"He was despondent, I was told, throughout his life, over the loss of this wonderful painting. Not because of the value, but because he loved it and it was his daughter that was in it."

But then late last year, a family in New Jersey sought the help of Heritage Auctions to sell the painting. They legally purchased it in a gallery in the 1980's. Wittman says the painting does not appear on the FBI's National Stolen Art File, a database of stolen art and cultural property and that it is still unclear how the painting made its way from Hawaii to New Jersey.

That little girl however, now 57 years old, in her constant search for the painting recognized it on the Heritage Auctions site. It had sold for as much as $35,000.

"There were a lot of people emotionally invested in this painting, on all sides," said Aviva Lehmann, V.P. of Heritage Auctions and its director of American Art. "Which makes the story even sweeter because everybody was on the page of wanting to right this wrong that happened in 1972."

Everyone agreed that the painting rightfully belonged to that now 57 year old girl.

"She's recovering a painting of herself after 50 years," said Wittman who has made a career of recovering stolen art. The founder of the FBI's Art Crime team was hired by the family from Hawaii to provide their evidence of provenance to Heritage Auctions and recover the portrait. He says the family wants to remain anonymous. After all, they don't want this stolen again. Wittman says art theft is a $6 billion a year criminal industry.

"Every now and then, when you get a good case like this, and you can make it happen, it's a great feeling to be helpful to try to recover heritage for a family," Wittman said.

"It's a good message for all of us to see that if you stick with something and try really hard to make it right, sometimes it works out," added Lehmann.

And sometimes - she finds her way safely home.