Ten-year-old Tre and his little brother, 7-year-old Ke'Lynn, relish the opportunity to be honorary Dallas Police officers for an afternoon. 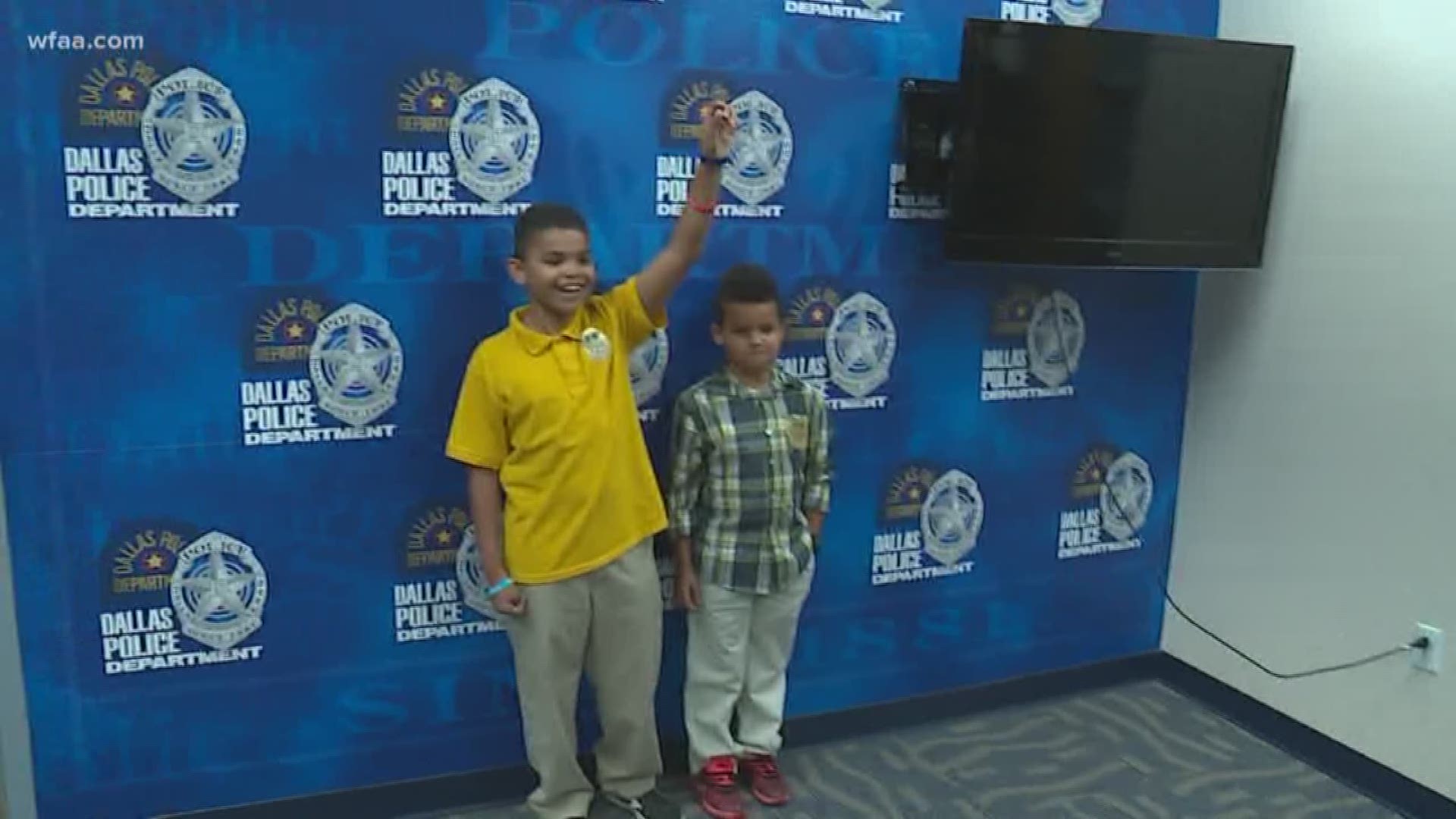 Ten-year-old Tre and his little brother, 7-year-old Ke'Lynn, relish the opportunity to be honorary Dallas Police officers for an afternoon.

"We saw the canine, and we rode in the police car," said Ke'Lynn about their adventure at DPD Headquarters in Dallas.

Ke'Lynn and Tre grew up in a neighborhood where they frequently saw police officers.

"They used to drive by and look around," said Tre.

These foster brothers have been in Child Protective Custody for more than three years. Almost the entire time they've been in care, they'be been in separate foster homes.

MORE: What is Wednesday's Child? (How to adopt)

"I want to see him every day, and I don't," said little brother Ke'Lynn sadly.

When asked if they were the only family they had left, Tre began to cry while nodding his head yes.

Tre and Ke'Lynn initially needed time apart to heal from their trauma, but their social worker said they have worked incredibly hard on their behaviors to be reunited.

It weighs on them to be apart. "He don't let nobody push me around," said Ke'Lynn about his older brother.

Tre feels responsible for his little brother. Not to be around daily to protect him is painful.

"Because I love him so much," said Tre while he cried.

Their social worker said this happens every month when their visit comes to an end. The brothers weep and don't want to be separated.

When asked what he wants most in his life, Tre said it is to live with his brother in the care of a loving and safe Forever Family.

We promised to do our very best to help make that happen with this report. These two amazing kids need parents who will adopt them both and protect them like the officers who always did in their old neighborhood.

Only when they are under the same roof will Tre and Ke'Lynn learn to smile again.

Please send all approved home studies to La Queena Warren at the email address below, if you’re already licensed. Please remember to include the child or children’s names within the subject line. If you’re not licensed, please visit adoptchildren.org to find out more information on how to become licensed to foster and/or adopt or contact 817-304-1272.